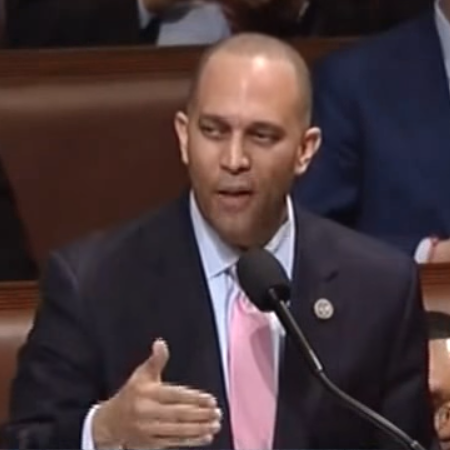 Expressing the sense of the House of Representatives that President Donald Trump shall publicly disclose his tax return information, which would conform with an important tradition connected to occupancy of the White House, as well as uphold his promise to the American people that he would release his tax returns.

Whereas, every president since Gerald Ford has disclosed his tax return information to the American people;

Whereas, in May 2014 Donald Trump stated during a television interview: “If I decide to run for office I’ll produce my tax returns absolutely.  I would love to do that.”;

Whereas, in February 2015 Donald Trump stated during a radio interview: “I have no objection to certainly showing tax returns.”;

Whereas, in February 2016 Donald Trump stated during a televised Republican Presidential Debate: “I will absolutely give my returns, but I’m being audited now for two or three years, so I can’t do it until the audit is finished, obviously.”;

Whereas, in May 2016 Donald Trump stated during a television interview: “I will really gladly give them. When the audit ends, I’ll present them. That should be before the election.”;

Whereas, the IRS has made clear that any taxpayer, including Donald Trump, may release his tax returns at any time while under audit;

Whereas, seventeen different intelligence agencies in the United States have concluded that Vladimir Putin and his Russian regime interfered with our Presidential election for the purpose of helping Donald Trump;

Whereas, multiple high-level Trump associates were in regular contact with Russian operatives and intelligence agents during the same time that Russia was hacking into our democracy;

Whereas, multiple high-level Trump associates have financial ties to the Russian regime;

Whereas, Paul Manafort, Donald Trump’s former campaign chairman engineered a pro-Russia change in the Republican Party platform in July 2016, and has received millions of dollars from pro-Russian oligarchs to advance Putin’s agenda;

Whereas, Carter Page, a top foreign policy adviser to the Trump campaign has now acknowledged visiting the Kremlin in the midst of the 2016 Presidential election;

Whereas, Jeff Sessions, Donald Trump’s Attorney General, misled the Senate under oath by failing to disclose his meetings with the Russian Ambassador that took place in July 2016 at the Republican National Convention and again in September 2016;

Whereas, Michael Cohen, Donald Trump’s personal attorney, now acknowledges being in contact with Russian operatives at the same time the attacks on our democracy were taking place;

Whereas, Roger Stone, a self-described political trickster and Donald Trump’s long-time consigliere, now acknowledges being in contact with the Russian-aligned hacker Guccifer II and predicted during the campaign that John Podesta’s emails would soon be exposed;

Whereas, Ian Fleming, the renowned British author once observed “Once is happenstance. Twice is coincidence. Three times is enemy action.”;

Whereas, Donald Trump has shown an unrestrained willingness to criticize and insult allies of the United States of America;

Whereas, Donald Trump declined to shake German Chancellor Angela Merkel’s hand while seated together during their recent joint appearance at the White House;

Whereas, Donald Trump stated in a recent C-PAC speech that “Paris is no longer Paris.”;

Whereas, Donald Trump threatened to cancel a refugee transfer agreement with our ally Australia and reportedly hung up on the Prime Minister;

Whereas, Donald Trump told the President of Mexico that America would deploy military personnel to that sovereign nation if our Southern neighbor does not deal with its “bad hombres”

Whereas, Donald Trump has repeatedly criticized our strategic and military alliance with Western European allies and called NATO “obsolete”;

Whereas, Donald Trump refuses to say a negative word about Vladimir Putin or his corrupt Russian government;

Whereas, Donald Trump responded “There are a lot of killers. You think our country’s so innocent?”, suggesting a moral equivalence between the United States and Russia;

Whereas, Yogi Berra, the great Yankee catcher and philosopher-King once observed “that’s too coincidental to be a coincidence.”;

Whereas, Donald Trump tweeted on January 11: “I HAVE NOTHING TO DO WITH RUSSIA – NO DEALS, NO LOANS, NO NOTHING!”

Whereas, Donald Trump Jr. once stated: “Russians make up a pretty disproportionate cross-section of a lot of our assets. We see a lot of money pouring in from Russia.”;

Whereas, disclosure of Donald Trump’s tax returns will help the American people and their elected representatives in this House better understand Trump’s financial ties, if any, to Putin’s Russia;

Whereas, the American people have a right to know whether financial conflicts of interest exist between the President of the United States and a hostile foreign power;

Whereas, the Chairmen of the House Ways and Means Committee, Joint Committee on Taxation, and Senate Finance Committee have the authority to request Donald Trump’s tax returns under Section 6103 of the Tax Code; and

Whereas, the FBI is conducting a criminal and counterintelligence investigation into Russian interference with the recent presidential election, including possible collusion between the Trump campaign and the Kremlin:

Now, therefore, be it:

Resolved, That the House of Representatives shall—

We Can Win the War on Homelessness