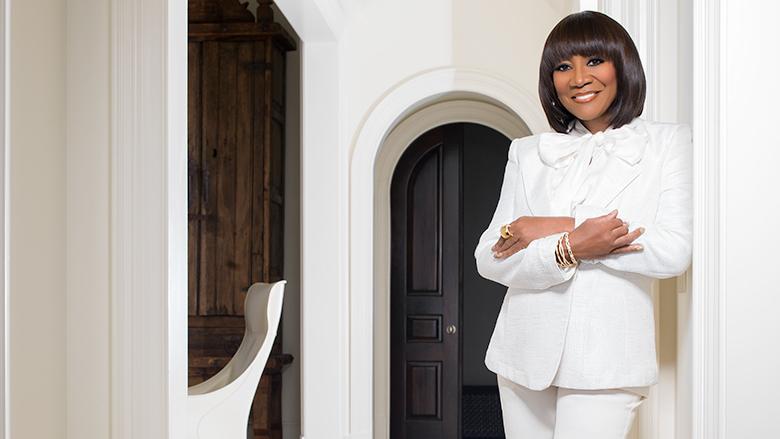 Patti LaBelle Prospect Park Bandshell, 9th St. & Prospect Park West, 6:30, Gates-8pm show, FREE. Ms. Patti in the flesh! The powerhouse vocalist and icon of style and grace returns to Brooklyn for a night of beautiful music under the stars. She loves to oblige with some of her biggest hits and to mix it up with a few surprises. From her first solo single, through the sweet tones of Patti LaBelle and the Bluebells, to the hot funk of Labelle and beyond, she’s remained relevant and cherished.

The Last Black Man in San Francisco BAM Cinema, 30 Lafayette Ave., 7pm, $16, seniors & students $12. In this 2019 film directed by Joe Talbot, the protagonist dreams of reclaiming the Victorian home his grandfather built in the heart of San Francisco.

As he struggles to reconnect with family and community in a rapidly changing city, his hopes blind him to the reality of his situation. A funny and poignant adaptation from the lead actor’s real-life story, the film is followed by a chat with actors Jimmie Fails, Jonathan Majors, Tichina Arnold, Rob Morgan and Danny Glover. [For info visit bam.org]

Eatin’ Good in the ‘Hood: Nutrition, Access and Inequality. Brooklyn Historical Society, 128 Pierrepont St., 6:30pm, $10. Healthy eating can be next to impossible when you live in a food desert, but who says it has to be? Erick Castro of the Instagram account How to Be Vegan in the Hood and Iyeshima Harris of East New York Farms dig into the realities of food inequality and trying to sustain a nutritious diet in an urban environment. Moderated by Esther Crain, Deputy Digital Editor of Health. Presented in conjunction with the new exhibition, “Taking Care of Brooklyn: Stories of Sickness and Health.” Tix @ Eventbrite or pay at door.

The Fulton Art Fair “On the Fence 2019” Robert Fulton Park, Fulton St./Harriet Ross Tubman Ave. @ Schenectady, 2-6pm, FREE. Attend the opening of the historic six-day juried event that gathers local artists seeking to meet the public and promote and sell their work. The not-for-profit Fulton Art Fair is one of the longest-running Black art groups and events in the nation. It supports artists year-round with projects and opportunities to enhance their skills. Come out and see work by legends such as Otto Neals and by gifted newcomers as well. Saturdays & Sundays thru 6/23.

Tulivu Donna Cumberbatch Jazz 966 at The Plaza, Downing & Fulton Sts., FREE. Cumberbatch sounds like Sarah Vaughn when you close your eyes; when you open them you see the delightful smiling beauty that has graced Brooklyn’s jazz scene for decades! Come enjoy her, her honeyed voice, and her sterling band – all with seating, shade and snacks.

Co-naming of Dr. Yosef ben-Jochannan Way State Office Building Plaza, 125th Street & Adam Clayton Powell Blvd., Harlem, 12:30-2:30pm, FREE. December 2018 commemorated the 100th Anniversary of the birth of the iconic historian whose work changed the way that people of African descent see themselves and their place in the world. His teachings, mentorship and leadership, will now be memorialized at an unveiling ceremony co-naming this portion of 125th St. in his honor.