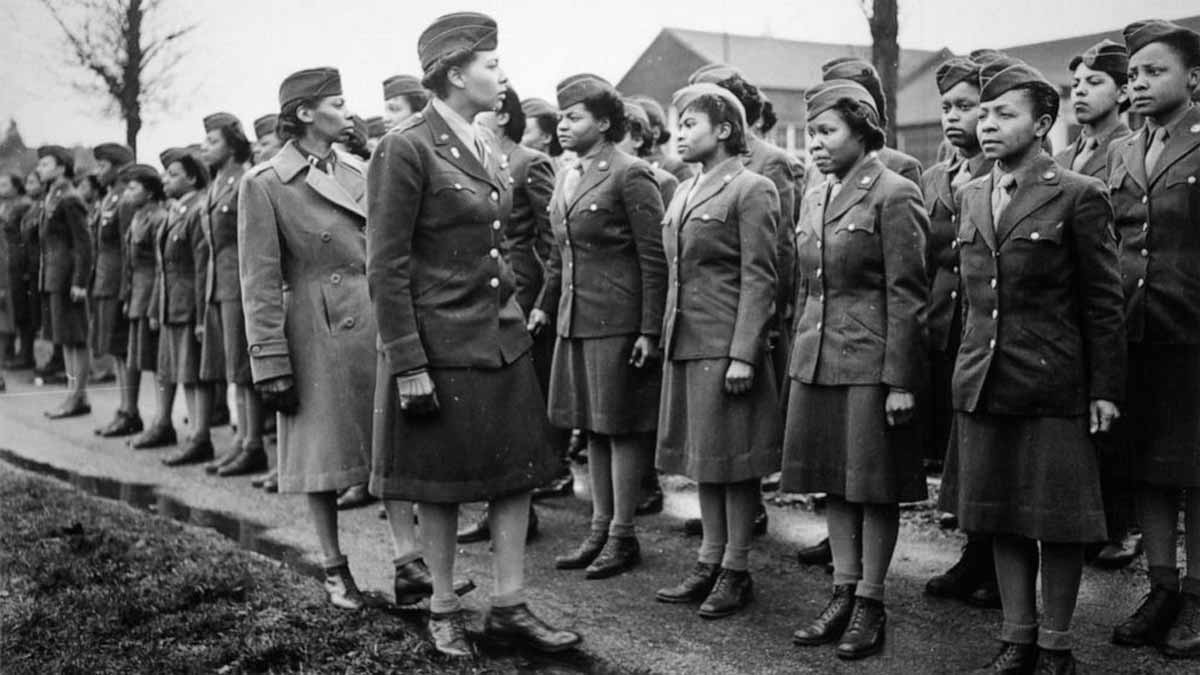 “They never got a salute,” a daughter of one of the women said.

The only all-Black, all-female battalion to serve in World War II in the U.S. and in Europe (was) awarded the Congressional Gold Medal after President Joe Biden signed a bipartisan bill on Monday, March 14.

The bill, which was co-sponsored by the entire New Hampshire delegation, seeks to honor the 6888th Central Postal Directory Battalion, known as the “Six Triple Eight” — a group of Black women who raised the morale of millions by sorting and routing mail for American service members and civilians in Europe and the United States.

“We helped each other. We worked with each other,” retired Maj. Fanny Griffin McClendon, who served as a supervisor in the battalion, told ABC News last month after the Senate passed the bill, which has now been signed into law by Biden.
Only six members of the battalion are believed to be alive today, including McClendon, who is 101 years old.
“It never occurred to me that we would even be considered for a medal of any kind,” McClendon said.
The battalion returned home from the war with no fanfare, but some have been advocating for the women of “Six Triple Eight” to be honored for years.
“They never got a parade, they never got a salute,” said Brenda Partridge-Brown, the daughter of Willie Bell Irvin, who served in the battalion.

Partridge-Brown told ABC News last month that she only became aware that her mother was a part of the battalion after a Google search 20 years after her mother’s death.
“I can’t explain to you what I felt that day. My heart almost stopped,” she said.
The battalion, which was created in 1944, eventually included 824 enlisted Black women and 31 officers from the Women’s Army Corps, the Army Service Forces and the Army Air Forces.
The battalion was created at a time when there was a shortage of qualified postal officers and mail was beginning to pile up, according to the U.S. Army Center of Military History.

For example, in February 1945 in Birmingham, England, warehouses were filled with millions of undelivered pieces of mail.

“Servicemembers noticed that they weren’t getting mail from home, and Army officials reported that the lack of reliable mail delivery was hurting morale,” per the U.S. Army Center of Military History, with a general predicting that it would take six months to process a backlog of mail, including Christmas packages.

That is when the U.S. military turned to the Women’s Army Corps, which was created in 1943 by President Franklin D. Roosevelt.
Only white women were initially admitted, but following a push from first lady Eleanor Roosevelt and civil rights leader Dr. Mary McLeod Bethune, Black women were eventually admitted, although segregation continued, according to the ACMH.

Following recruitment efforts, the “Six Triple Eight” battalion was created under the command of Maj. Charity Edna Adams, who would later become a lieutenant colonel and change her last name to Earley after getting married.

The battalion trained at Fort Oglethorpe in Georgia, per ACMH, and set out on its first trip to Britain on Feb. 3, 1945.

The women endured difficult working conditions, including intense cold, and even faced some instances of racial bias and sexist treatment, including “hostility and rumors impugning their character spread by both white and black male soldiers who resented the fact that black women were allowed in the Army,” according to the ACMH.

For Partridge-Brown, honoring the women and their contributions to their country is long overdue.
“It just means the world to me to know that my mother’s service was not in vain,” she said.
ABC News’ Faith Abubey contributed to this report.

NEXT WEEK
Audrey Edwards: My mom was a member of the “Triple Eight”