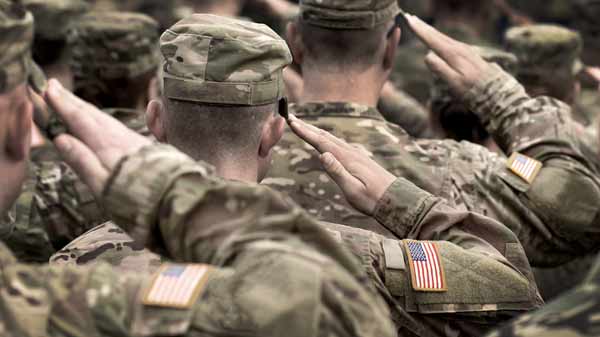 By Pinkston News Service
WASHINGTON, DC—(Pinkston News Service)—As the U.S. military continues to grapple with rising suicide rates among its service members, the head of one Veterans Service Organization warns that a failure to take care of active duty personnel and veterans could lead to a drop in military recruitment. And if that happens, “that becomes a national security problem,” said Mission Roll Call Executive Director Cole Lyle. He discussed the issue earlier this month on an episode of the Coffee with Closers podcast.

“If people don’t believe that they’re going to be taken care of while they’re on active duty and mothers and fathers don’t believe that their sons and daughters are going to be taken care of when they get off active duty, they’re not going to support them joining the military. And if we get into another major war or something, there’s a very real possibility where they are [our military] not going to be able to recruit enough people,” said Lyle. He also noted that military service is becoming a “family business.” According to a Pew Research Center survey, close to 80% of veterans “have an immediate family member who served in the military.”

The nonprofit, nonpartisan Mission Roll Call (www.missionrollcall.org) advocates on behalf of more than 1 million veterans at the federal level. Suicide prevention, better access to healthcare and addressing the unique challenges facing Tribal and Rural veterans are its top priorities, according to the group’s website. Lyle, a Marine Corps veteran who served in Afghanistan and has been open about his own struggles with post traumatic stress, was instrumental in getting the national Puppies Assisting Wounded Service members (PAWS) Act signed into law last year. The PAWS Act requires the VA to implement a grant program to pair service dogs with eligible veterans.

Approximately 17 U.S. veterans die by suicide every day, according to the the U.S. Department of Veterans Affairs (VA). Last year, a study by Brown University’s Costs of War Project found that more than 30,000 active duty personnel and veterans have died by suicide since 9/11, which is  four times the number of service members killed in combat operations during this same time period.

To address the military suicide crisis, Defense Secretary Lloyd Austin announced in March an independent commission to assess the state of the government’s suicide “prevention and response activities.”

“One death by suicide is one too many. And suicide rates among our service members are still too high. So, clearly we have more work to do,” said Secretary Austin according to published news reports at the time the commission was announced.

Veterans who are interested in sharing their concerns with Congress or who are in need of assistance, can contact Mission Roll Call at: https://www.missionrollcall.org/get-involved