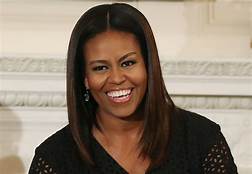 THE NATION:   Despite our early press deadline last week, we did not miss the election outcome headlines in the gubernatorial races in Georgia and Florida where African-American Democrats Stacey Abrams and Andrew Gillum, respectively, were on their way to victory and the history books.   A week later, the jury is still out because it seems that there was voter repression and other monkey business in those two states. Both Abrams and Gillum should be looking at runoff elections soon. National and local voter turnout was robust, a good sign of a still-functional democracy. Last week, the American electorate said that they are mad as hell and want a change in temper, in policy by POTUS 45. Obamacare was the single most important item to voters across party, socioeconomic and ethnic lines.

Of the 435 congressional seats, the Democrats won 223. Fifteen congressional races are inconclusive. Alas, the Democrats did not achieve a coveted US Senate majority.  Last weekend, Democrats could confirm 47 of the 100-seat Senate chamber. Republicans have 51 seats. African-American Democrat Mike Espy, for example, is a candidate for US Senate in Mississippi, who faces a runoff in a special election on November 27.

Since recounts and runoffs are scheduled in California, Georgia and Florida for gubernatorial and congressional races, a final count is elusive. I will reserve judgment about my thoughts on those voting machinations in Georgia and Florida.

NEW YORK is awash in “blue” in its political leanings.    In Albany, Governor Andrew Cuomo won reelection as did NYS Comptroller DiNapoli. NYC Public Advocate Letitia James is NYS Attorney General-elect and downstaters are still kicking their heels.   The NYS Assembly is still overwhelmingly Democratic. The NYS Senate has a clear Democratic majority, which will be headed by a woman, Andrea Stewart-Cousins. She achieves “three men in a room power status,” which is composed of NYS Governor, Assembly Speaker Carl Heastie and Senate leader. It is a moniker for the power trifecta, which really runs NYS.  Hate to be repetitive.   This is a big deal!

The 63-member NYS Senate has a majority, which could exceed 40.  Senators-elect like John Liu of Queens, former NYC Comptroller, and Zellnor Myrie of Brooklyn are people with well-defined Progressive agendas.   To be sure, the real estate developers lament the end of Republican Senate dominance.

BROOKLYN: Brooklyn NYC Councilwoman Laurie Cumbo has partnered with two groups for pre-Thanksgiving Meal Giveaways (turkeys, stuffing, etc.) in Brooklyn. They are: 1) Onos Footprints at St. Francis de Sales School for the Deaf, 260 Eastern Parkway, on Saturday, November 17 from 12-3 pm; 2) First Baptist Church and Feed the Children at the First Baptist Church of Crown Heights, 450 Eastern Parkway & Rogers Ave., which plans to feed 2,500 families. Registration is necessary on 11/17 at 9-3 pm and on 11/18 from 1:30 to 4 pm. Food will be distributed on 11/20. Household address ID is necessary for both groups.  [E-mail: cumbo@council.nyc.gov]

HARLEM: Lemor Development principal Ken Morrison and his partners, NYC Housing Preservation and Development (HPD) and the Downtown Baptist Church invited community politicos, leaders and press to attend the 11/4 groundbreaking of the 12-story residential and commercial Paul Robeson Building, which is located at 407 Lenox Avenue, near 131st Street. Lemor is an African-American real estate development company.

The 125th Street Business Improvement District (BID) will host its Annual Harlem Holiday Lights Celebration on November 15 from 3-9 pm. The festivities will run along the 125th Street corridor from Fifth Avenue west to Marginal Street on the Hudson River.

BOOKS: Michelle Obama’s memoir, “BECOMING,” is the post-election media chatter. The 426-pager book is divided into three sections: “Becoming Me,” “Becoming Us” and “Becoming More” runs the gamut from her early childhood in Chicago to the First Lady and beyond. Memoir is equal parts “tell all that a woman of her stature can share” and heavily inspirational. No, she is not interested in the US Presidency and she speaks candidly about love and marriage counseling and in vitro fertilization. Michelle Obama begins a 10-city book tour at stadiums, not bookstores, with moderators.   Her first stop on the tour is her native Chicago with Oprah as the moderator. Cannot wait to devour the memoir by this remarkable American woman.

Dr. Glory Van Scott, former principal dancer with Katherine Dunham, cousin of Emmett Till, has written her memoir, “GLORY: A Life Among Legends.” A performing arts advocate who has worked most of her life in dance and theater, heads a program named Dr. Glory’s Youth Theatre, which is based at The Riverside Church in Harlem. Her next book-reading will be held at the Caribbean Cultural Center at 120 East 125th Street, Harlem, on November 25.

Sherry DeCarava, art historian and widow of fine arts photographer Roy DeCarava, is spearheading a centennial celebration to culminate December 2019 when Roy would turn 100.   She recently republished “The Sweet Flypaper of Life,” a 1955 best-seller with photos by Roy and prose by Langston Hughes. Roy’s works have been exhibited at MoMA and the Studio Museum in Harlem and are included in the “A SOUL OF THE NATION” exhibit at the Brooklyn Museum through February 3, 2019.   [Visit decarava.org]

THEATER: The 45th Annual AUDELCO AWARDS with its fitting theme “Amazing Grace,” commemorating its longtime rainmaker the late Grace Jones, will be held on November 19 at the TriBeCa Performing Arts Center, located at 199 Chambers Street, Manhattan.   AUDELCO is the Black Tonys, an awards ceremony which celebrates Black excellence in the NY theater arts.

MUSIC: If it is musical theater uptown, the destination is Vy Higginsen’s two presentations, “ALIVE! 55+ AND KICKIN’” and “LET THE MUSIC PLAY …GOSPEL.” The season ends on Saturday, November 17 at the Dempsey Theater, 127 West 127th Street, between Lenox and Seventh Avenues. “ALIVE! 55+” is an explosion of senior talent. “LET THE MUSIC PLAY” is a lot of Sunday music and joyful noises squeezed into Saturday. [Call 212.280.1045]