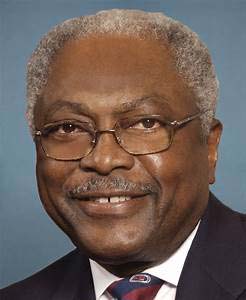 US PRESIDENCY 2020
What a difference the SC Democratic Presidential Primary made on February 29! Joe Biden got the much-needed adrenal rush from SC voters, winning 49% of the vote from a field of five contenders, thanks in large measure to the large Black and suburban turnout and the endorsement of SC Democrat and elder statesman Jim Clyburn. The Biden SC victory signaled to his competitors Tom Steyer, Peter Buttigieg and Amy Klobuchar that it was time to suspend their campaigns operations. Early Super Tuesday results in 14 states indicate a Biden sweep/resurrection in AL, AR, MA, MN, NC, OK, VA, TX, and TN – and a Sanders win in CA, CO, UT, and VT. Alas, American Democrats must sit back and watch Biden, Sanders, Bloomberg, Warren and Gabbard duke it out until the Democratic convention in Wisconsin, July 13-16. Many of the “Super Tuesday” venues are super inclusive with sizeable blocs of Black, Latino, and white suburban white women voters, all capable of a formidable coalition to win a majority of popular and electoral college votes come November.

LAND USE: The NYC Council Subcommittee on zoning and franchises unanimously rejected the Olnick Organization’s rezoning application for its Lenox Terrace $800 million expansion in Harlem on 132-135 Street, Lenox to Fifth Avenue which includes five new 28-story buildings to accommodate 1600 more market and below market rate apartments. Harlem Councilman Bill Perkins opposed the expansion. The entire 51-member City Council must vote on the Olnick zoning plan this month. Olnick will, however, proceed with a more modest plan, with four new towers and no upgrades for current tenants, according to as-of-right plan, a legal entitlement.

NYS Supreme Court African-American jurists Franc Perry and Verna Saunders are making news in Land Use cases. Judge Franc Perry ruled that the top 20 floors of luxury 668 ft skyscraper located at 200 Amsterdam Avenue in Manhattan, must be deconstructed. The condo unit price points range from $2.6 to $40 million. Jurist Perry concluded that developers circumvented zoning laws. Developers vowed to rigorously appeal the decision. ………Judge Verna Saunders ruled against the controversial sprawling rezoning plan, approved by City Council for Inwood in Upper Manhattan area. Community advocates were the plaintiffs vs. electeds Mayor de Blasio and Councilman Ydanis Rodriguez, in this case. Community argued that “NYC did not give due consideration to the racial and environmental impact of rezoning and the displacement of current residents.” To be sure, this disposition will be appealed.

NYPD: The NY Police Department opened an investigation into the NYPD Sergeant union leader Ed Bullin’s declaration of war against Mayor Bill de Blasio. Why is Hizzoner being held responsible for the shooting of on-duty police officers, one at a NYPD precinct, by a city lunatic, in the Bronx last month? The shooting was egregious, reprehensible and incomprehensible. The African American perpetrator sounds like he is mentally challenged with infrequent reality checks. Why is Bullins, an NYPD member with a long history of racist rhetoric, declaring war on de B? Is it because of Hizzoner’s perceived progressive leanings, his wife’s race? How would the US military deal with an underling who declares war on a superior?

Ericka H. James was named dean of the University of Pennsylvania’s Wharton School of Business effective July 1. An award-winning scholar and educator, James has been dean of the Goizueta Business School at Emory University since 2014. A “staunch virtue capitalist,” she says that business can be a force of positive change.” She earned her Master’s and PhD at the University of Michigan.

BLACK WOMEN
2020 Women’s Jazz concerts will be held at the Schomburg Center for Black Culture, Harlem on March Mondays, at 7 pm. Concert topliners are Haitian-American vocalist Pauline Jean, on 3/9; Renee Neufville, formerly of the HIPHOP duo Zhane, on 3/16; Laurin Talise 3/23; and Firey String Sistas! on 3/30

The Netflix 4-part miniseries, starring Octavia Spencer, “Self Made: Inspired By The Life of Madam C.J. Walker,” America’s first self-made woman millionaire, premieres on March 20. African American hair-care products mogul, Walker (1867 to 1919) launched a business with a sales force of hundreds of Black women, nationwide, which evolved into a multimillion dollar empire. Miniseries was adapted from Walker’s great, great granddaughter A’lelia Bundles’ book, “On Her Own Ground, The Life and Times of Madam C.J. Walker.”

The Black Women’s Leadership Caucus will host its annual celebration of the life and legacy of Harriet Ross Tubman with a wreath-laying ceremony at the Tubman Memorial located at 122 Street at Harriet Tubman Square at Frederick Douglass Boulevard, Harlem on March 10 at 10 am. Contact Elizabeth Rankin-Fulcher: 917.584.3799