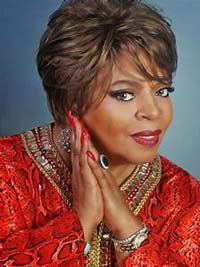 NEW YORK, NEW YORK
NAME CHANGES: In February, 2021, Dominican Republic-born US Representative Adriano Espaillat submitted House Resolution HR77 to change the name of the northernmost parts of his Manhattan Congressional district from Sugar Hill, Washington Heights, Hamilton Heights and Inwood to Quisqueya Heights!! He wants “to honor Dominicans and their contributions to the community which merits recognition.” What does Quisqueya mean? “Mother of All Lands” in Taino language, or a “municipality of San Pedro de Macoris province” home to more MLB short stops, or a “hot co-worker.” The 2020 Census verified that Hispanic and Latino residents in NY represent 38% of the population with Dominicans being a fraction of that group. Where are the Harlem and Northern Manhattan historic preservationists? Will Congress agree to this name change?

SUMMER IN AMERICA
What happened to the US good neighbor policy? There are 14,000 Haitian refugees living under a bridge in Del Rio, Texas and the US is impotent to provide immigration waivers necessary to help them settle stateside. US Homeland Security Department is busy deporting them en masse to Haiti without benefit of any formal immigration procedures. The Del Rio Haitians are not those fleeing the post 2021 assassination of Haitian President Moise in July, nor the 7.2 August earthquake. They are in shock. They are Haitian refugees, who fled the country after the 2010 Haitian earthquake, who settled in Central America, then traveled north to the USA for a better life. The US is poised to relocate 20,000 to 100,000 Afghans to the country, but cannot accommodate 15,000 Haitian refugees, victims of natural disasters and misguided US foreign policy towards their homeland. Scenes of US border agents on horseback whipping innocent Haitian refugees were documented and inundated in the blogosphere. Is this Trump’s America or Biden’s Administration?

MIDTERMS UPDATES: African Americans are entering 2022 governors’ races in Maryland, Texas, Michigan, Florida, and possibly Georgia and NY. Stacey Abrams of Georgia and NY AG Tish James remain silent on their plans. Black Congressional hopefuls include Pennsylvania law maker Malcolm Kenyatta, 30, for US Senate and Florida Congress member Val Demings for Senate. Trump’s 2024 options are a function of the 2022 midterm outcomes. Read the Vanity Fair article “Enter The Dragons,” identified as Ron DeSantis, Ted Cruz, Nikki Haley, Mike Pompeo, for an unusual twist of what lies ahead for America and the GOP in 2024.

Kevin Merida, 64, was named executive editor of the Los Angeles Time in June, becoming its first African American top editor. His journalism creds include the Milwaukee Journal, the Dallas Morning News, and the Washington Post. In 2015, ESPN, a Disney company, recruited him to launch a website, The Undefeated, which covered the intersection of race and culture through a sports lens. An immediate success, Merida was upwardly mobile at ESPN, reporting to the network president. This year, top exec spots at the LA Times and at WAPO were available. However, Patrick Soon Shiong, South Africa-born LA Times Chairman/owner made an offer Merida could not refuse. LA Times is nation’s fourth largest newspaper.

FOREIGN AFFAIRS
The 76th UN General Assembly session and the Great Debates begin this week. More than 100 heads of state will visit NY bound for the session.
NY: Ghana President Nana Akufo-Addo and the NY based W.E.B. Du Bois Foundation signed a historic agreement, on 9/20 at the Pierre Hotel, to transform the current Du Bois Memorial Centre and burial site in Accra, Ghana into a multimillion-dollar culture complex to preserve the Du Bois legacy of more than 50 years. Designed by Sir David Adjaye, Ghanaian architect and designer of the Smithsonian Museum of African American History and Culture, the Du Bois venue will be a state-of-the-art museum complex and world class destination for scholars and heritage tourists. Born in the US in 1868, Du Bois was a scholar, educator, and civil rights activist, who relocated to Ghana, where he remained until his death in 1963. Du Bois Foundation Board members include Daniel Rose, Chair; Ambassador Harold Doley Jr, President; and Professors Henry Louis Gates, Kwame Appiah and Emmanuel Ryeampeng.

BOOKS: Congrats to Dr. Deborah Willis, author of “The Black Civil War Soldier: A Visual History of Conflict and Citizenship,” which made the 2021 National Book Awards short list.
MUSIC: The Metropolitan Opera will simulcast the opening night and season-launching production of it first opera by a Black composer, Terence Blanchard’s’ “Fire Shut Up In My Bones” at Harlem’s Marcus Garvey Park with 1700 seats, on Monday, September 27 at 6:30 pm. Blanchard and librettist Kasi Lemmons will be present at MGP for a post opera discussion.

The “While We Are Still Here, Preserving Harlem’s History” organization presents its 5th Annual Sugar Hill Music Festival on September 25 at 2 pm, in tribute to Burnt Sugar, Mizell Brothers, Charenee Wade and Gill Scott- Heron, with performances by the Sugar Hill Quartet with James Carter and the Duane Eubanks Quintet and “Reading Across Harlem’ featuring The Collected Poems of Abiodun Oyewole, 1969-2013 with Abiodum. The Festival, made possible with generous support by the J. Weldon Johnson Foundation and Melanie Edwards, will be held at the Sugar Hill Luminaries Lawn on 155 Street and Edgecombe Avenue, Harlem. Tickets are necessary for free event. Visit https://bit.ly/3zRTscE or www.whilewearestillhere.org.

RIP: Sarah Dash, 76, passed away on September 20. Founding member of the edgy iconic girl group LABELLE with Patti Labelle and Nona Hendryx, their 1975 hit song, “Lady Marmalade” topped the Billboard charts for weeks. Sarah and Patti performed onstage on 9/18. Sarah was to be inducted into the NJ Hall of Fame this fall.
A Harlem-based management consultant, Victoria can be reached at victoria.horsford@gmail.com