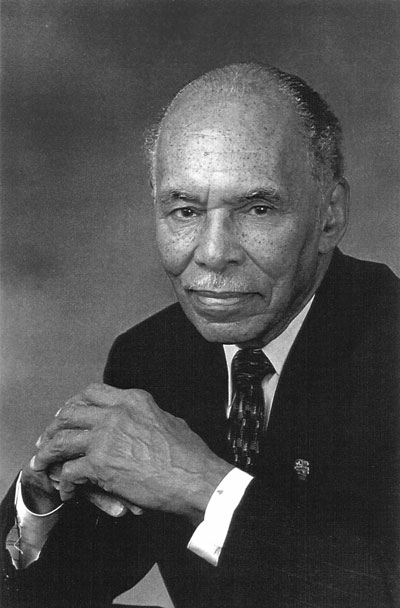 New Yorker extraordinaire Dr. Roscoe Brown, 94, died on July 2.  A Greatest Generation exemplar, Roscoe Brown was one of the Tuskegee Airmen, who were the first African-American military pilots in US history.  A squadron commander, Brown flew 68 combat missions and shot down two German jets during WWII.   He was the recipient of the Distinguished Flying Cross Medal.  Brown earned a Ph.D. in Education after the war. He would become a household name in higher education, health and business initiatives. He was an NYU Professor before taking the reigns as President of Bronx Community College, a CUNY campus, for 17 years.  He was co-founder of the Sports Foundation and of One Hundred Black Men and was engaged in multiple health initiatives.

Dr. Brown did not have time for retirement.  He worked at the CUNY Graduate Center as Professor/Director of the Center for Urban Education Policy. He continued to host “African-American Legends”, a CUNY-TV Public Affairs show which airs weekly.  There was one unfinished business matter, Dr. Brown’s memoir, a  10-year work in progress.

Last week’s NY Congressional Primary was the end of an era!  NYS Senator Adriano Espaillat, who was born in the Dominican Republic, won the coveted Democratic race for  Charles Rangel’s 13th Congressional District seat.   He will no doubt win the general election, and he will become the first D.R.-born person to sit in the US Congress.

His victory accelerates the erosion of the Black Harlem political machine.  Representative Rangel endorsed NYS Assemblyman Keith Wright, an African-American, who lost by a narrow margin.  Political power in East, Central and West Harlem, the Bronx and Northern Manhattan, shifts from Blacks, who dominated that district since the 40s, to  Latinos, which according to the census records, represent 52% of the population. Low Black voter turnout and 9 Dem contestants attributed to Keith Wright’s loss.  In the general election, Espaillat will be challenged by Tony Evans, an African-American Republican, and Daniel Rivera of the Green Party.

What’s going on at NYCHA, the NYC Housing Authority, the nation’s largest inventor of public housing?   According to the Wall Street Journal story, “NYC To Sell Public Housing Stake. Developers  Pledge $100 in Renovations”, NYCHA is selling a 50% stake in 900 apartments in the  Bronx, Brooklyn and Manhattan  to private developers like L&M Development and BFC Partners. According to a NY Daily News story, NYCHA will pick private developers to manage and upgrade 21 apartment buildings.  The Bloomberg administration considered similar NYCHA/developers initiatives.

Maya Wiley, Chief  Counsel to Mayor Bill de Blasio, leaves this month to Chair the NYC Police Department’s Civilian Complaint Review Board, the watchdog group which investigates police on civilian misconduct.    The Police Benevolent Association is not happy about the  Wiley appointment.  Attorney Wiley will also start her career as a Professor at the New School University.

Israeli Prime Minister Benjamin Netanyahu begins his 4-nation African tour in Uganda, where his brother got killed during the Entebbe crisis. His Africa itinerary also includes Kenya, Rwanda and Ethiopia.

RIP:    Patrick Manning, 69, died on July 2 after a long battle with leukemia. A parliamentarian for 44 years, Manning served three terms as Trinidad

& Tobago Prime Minister from 1991-1995 and from 2001 to 2010.    A protégé of Eric Williams, renown  scholar, architect of TT independence and its first Prime Minister,  Manning entered Trinidad-Tobago politics in 1971 as a member of the Peoples National Movement Party,

The 18th Annual HARLEM BOOK FAIR(HBF)  returns to the Schomburg Center for Black Culture, located at 515 Malcolm X Boulevard, Harlem USA,  and along the 135 Street strip from Lenox to Eighth Avenues. The nation’s largest African-American Book Festival, the HBF is also the flagship Black Literary event in the Americas and will offer  exhibition booths, panel discussions, book sales and workshops.

Newly published nonfiction book, “MOST BLESSED OF THE PATRIARCHS: Thomas Jefferson and the Empire of the Imagination,” by Annette Gordon-Reed and  Peter S. Onuf,

which centers on Jefferson’s life at his Monticello Plantation in Virginia.   Most blessed of the patriarchs is a Jefferson description.  A father, husband, slave owner who sired many slave offspring, he was a student of the Enlightenment. The co-authors say, “We wanted  to understand what  TJ thought that he was doing in the world…. what is going on inside his head”.

“WHITE TRASH:  The 400-Year Untold History of Class In America” by historian  Nancy Isenberg explodes many other myths about the  early European settlers who arrived in the 17th Century  in what is today’s USA.  According to a NY Times review, “The great majority of early  colonists were classified as   ‘surplus population and expendable rubbish’.”  They were rogues, vagrants and an assortment of convicts.

HOMEGOING is the debut novel by Ghana-born millennial Yaa Gyas, who was raised in Alabama.  It is a sweeping saga spanning a few centuries which begins with  two  half-sisters, unbeknownst to each other, in 18th century Ghana. One marries well to an Englishman, the other is sold into slavery and the plot twists through the Civil War, the Great Migration to 20th  Century Harlem.

Flo Anthony’s new novel, “ ONE LAST DEADLY PLAY”,  is a sequel to her mystery “Deadly Stuff Players, which centers on  a Black columnist and her crime-solving partner, an NFL Hall of Famer,  as they roam through the infectiously glamorous  world of elites and celebrities in NYC, the Hamptons  and beyond.   A seasoned entertainment journalist who is syndicated on radio and in print media, Flo Anthony also publishes BLACKNOIR Magazine.

Magazine:  Read the Town & Country magazine article OAK BLUFFS ON MY MIND.  “For more than a century, the African-American elite have flocked to the Martha’s Vineyard community.” Here, a few share their stories. Dr. Henry Louis  “Skip” Gates and Vernon Jordan are two of the MV storytellers.

The Harlem Opera Theater will present a FREE concert in tribute to the victims and families of the Orlando massacre at the Convent Avenue Baptist Church,  located at 420 West 145 Street, on Sunday, July 17 at 2 pm. Vocalists and musicians will perform.

The SHUFFLE ALONG Broadway musical door closes and another opens. The MOTOWN: THE MUSICAL returns to Broadway at the Nederlander Theatre,  opening on July 12 for 18 weeks.  Actor Chester Gregory plays Berry Gordy.

For two years, Hollywood fails to recognize Black excellence with its Oscar nominations, but it has $140 million to invest in a new feature film iteration of white supremacy with the release of THE LEGEND OF TARZAN, which opened on July 1. Wonder if Tarzan gets an Oscar 2016 nomination nod.

A Harlem-based entrepreneur, Victoria Horsford can be reached at vhorsford@aol.com.