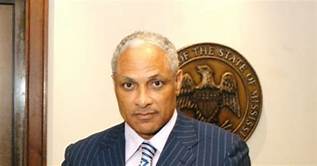 The Mississippi US Senate runoff evoked many of America’s ugly memories of race and access to the ballot.  The state is 38% African-American, the largest Black citizenry in the US republic. Senate contenders are Mike Espy, an African-American  Democrat and former US Secretary of Agriculture, and Cindy Hyde-Smith, a white Republican with lots of Dixie in her heart and soul and who said during the campaign season that she would take a “front seat at a public hanging,” something which many of her contributors, like MLB (Major League Baseball),  AT&T, Walmart  and Pfizer, all not progressive businesses, bristle. They all want their contributions returned.   As expected, Hyde-Smith won.  After all, this is Mississippi.

NYS:  It’s official: Andrea Stewart-Cousins will be the Democratic Senate Majority Leader, a first for a woman in NYS. The legislature should be delivering a more progressive society with a focus on affordable housing, competitive wages, criminal justice reform, more health care, NYC MTA funding, just to name a few–all headaches for the state real estate developers.

NYS:  Is a pay hike in the cards for Albany lawmakers?  Governor Cuomo and NYS legislators have given the nod to a committee to review a pay raise for the legislators, whose last salary bump was 20 years ago. That may explain why the former Speaker of the Assembly and the head of the Senate will do jail time for corruption.  The committee includes NYS Comptroller Thomas DiNapoli, former NYS Comptroller H. Carl McCall, current NYC Comptroller Scott Stringer and former NYC Comptroller William Thompson, Jr.   Will the committee be able to add ethics reform to the salary increase?  That was not in the original agreement!

RIP:  Queens-based NY politicoJose Peralta, 47, died on November 21. Aproduct of NYC public schools and CUNY, he served in both chambers of the NYS Legislature, in the Assembly for 8 years before becoming the first Dominican-American elected to the Senate in 2010. He was an advocate for better public schools, gun safety and immigrant rights. He was also a member of the now-defunct Independent Democratic Conference and was defeated in September’s primary.

New Yorker Kristine Guillaume was elected President of The Crimson, the Harvard student newspaper.     She is the first Black woman and the third Black to head The Crimson, founded in 1873.  A junior with a major in literature, history and African-American Studies, she cites literary lion Ta-Nehesi Coates as a role model.   In a recent Crimson article, she wrote about the four Harvard schools   headed by Black women.  One of them is Dr. Claudine Gay, Dean of the Faculty of Arts and Science, herself a Haitian-American, and was recently miniprofiled in my WGO column.     Ms. Guillaume’s academic plans include a Ph.D. in African-American Studies and a career in academia.   Her immediate plans for The Crimson are upgrades on diversity and digital presence.

RIP:  Dr. Olivia Hooker, 103, died at her home in White Plains.   Olivia Hooker is one of the survivors of a white terror attack on the Black residents of Tulsa, Oklahoma in 1921, which is known as the Black Wall Street or the Tulsa Riots, another horrendous chapter of American history which destroyed her father’s business and claimed the lives of approximately 300 Blacks.  Ms. Hooker became the first Black woman to enlist in the US Coast Guard in 1945.  She earned a Ph.D. and was a professor of psychology at Fordham University from 1963-1985.  She lived long enough to witness and meet with African-American President Barack Obama.

Brooklyn’s Dorsey Art Gallery hosts its 34thAnnual Holiday Benefits Auction, Saturday, December 1.  The day begins with a preview from 3-6pm and the auction begins at 7 pm.    A fine arts sanctuary, the Dorsey Art Gallery, like the auction, is a veritable feast of visual arts by Black masters and contemporary artists.    Dorsey’s is located at 553 Rogers Avenue.   [E-mail: lpdbrooklynarts@gmail.com]