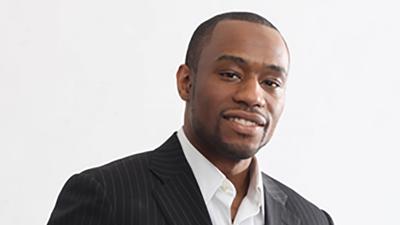 CONGRESS: US Senator (SC) Tim Scott, the chamber’s only Black Republican, blocked the nomination of Trump nominee Thomas Farr, for a US District Court seat, ending a confirmation fight. A Washington Post article last week ran excerpts from a Justice Department memo referencing a “ballot security” issue in NC in the 1980s, where postcards were mailed to Blacks to intimidate them from going to the polls. That was all the ammo that Senator Scott needed to withhold his vote.

NY Congressman from Brooklyn Hakeem Jeffries was elected the House Democratic Chair, the #5 spot in the caucus, which holds a large majority in that chamber. It was a tight race which pitted him against Barbara Lee, another African-American member of the Congressional Black Caucus. He will emerge even more powerful locally as a result of this new feather in his cap. Guess that he will put local ambitions on hold and look at the possible larger prize in Congress, like the Speaker of the House.

A.R. Bernard, pastor of Brooklyn’s 40,000-member megachurch, the Christian Cultural Center (CCC), recently announced plans for a $1.2 billion housing community with 2100 mixed-income affordable housing units, a school and a cultural center to combat the effects of gentrification – racial and economic. Project launch is tentatively set for 2020 and will be completed in phases spanning 7 to 10 years. The CCC is a 50/50 partner with developer. Funding will flow from revenue sources, including tax incentives and government subsidies. Project is a joint venture of private, government and nonprofit participants.

MUSIC: Pianist/composer Billy Strayhorn, creator of “TAKE THE A TRAIN,” one of the 20th century’s top 100 songs, still grabs headlines. The Library of Congress has acquired his archives, “The Billy Strayhorn Musical Manuscripts and Estate Papers,” some 18,000 documents, available to the public, but not yet digitized. Most of the materials are culled from Strayhorn’s 25-year period as Duke Ellington’s collaborator and co-composer. David Hajdu, Strayhorn biographer who wrote “LUSH LIFE” says, “One of the messages of the archive is how distinct and unique and original a musical voice Strayhorn was.” Gregory Morris, Strayhorn’s nephew and executor of his estate says, “I wanted to make sure that Billy Strayhorn got credit for everything that he did and didn’t get covered up by others.” The estate placed his papers with the Library of Congress instead of the Smithsonian Institute where Ellington’s papers are housed to symbolize the stand-alone power of the Strayhorn genius.

MEDIA: The 12/2 NY Times Book Review section re: “100 Notable Books of 2018,” lists fiction and nonfiction works, many of them focused on the Black experience in the USA, Caribbean and Africa. The fiction titles include POEMS by Schomburg Center Director Kevin Young; FRESHWATER, a novel by Akwaeke Emizi, which chronicles a Nigerian-born woman’s mental illness and multiple personalities from the cradle to her college years; FRIDAY BLACK by Nana Kwame Adjei-Brenyah a collection of dystopian stories as strange as they are beautiful; SLAVE OLD MAN, a novel by Patrick Chamoiseau set in antebellum Martinique about a fugitive slave; and WASHINGTON BLACK by Esi Edugyan, about a Barbadian slave boy in the 1830s who flees the horrors of slavery in a hot-air balloon and begins a new adventurous life overseas.

The 12/2 NY Times Style Magazine’s cover story, “THE ACADEMY,” by Ayana Mathis, is the “Voice of America” and what the extraordinary range of contemporary literature by Black men says about us. This survey piece of “THE ACADEMY” identifies the works of 30 Black male authors/poets spanning three generations from Robert Jones and Ishmael Reed to James McBride, Kevin Young, George Wolfe, Darryl Pinckney and then some. And there is a fabulous photo op with the 30 literary lions. The essay is sprawling and juxtaposes the role of Black writers, men and women today with their counterparts in the 60s and 70s. Mathis says, “What matters here, what’s more striking than the sums exchanged or the awards received is the intense focus on works by African-American men in America’s artistic landscape, even as the problems of race and racial violence continue to plague the nation.” It’s a thought-provoking essay with enough material to assist Christmas/Kwanzaa shoppers in search of creative gift ideas for 2018 and beyond.

Dr. Marc Lamont Hill, CNN commentator and Temple University Professor of Media Studies, was fired by CNN a day after he spoke at the UN last week at the International Day of Solidarity with the Palestinian People. Some in CNN’s executive suite interpreted his remarks as anti-Israel and his CNN career was pink-slipped.

RIP: Barry Rand, 74, died last month. Erstwhile captain of industry at the Xerox Corporation where he worked for 30 years, ostensibly being groomed for CEO. When that did not materialize, he landed at AVIS as CEO/Chair until it was acquired by another corporation. His distinguished career in American corporate suites culminated at AARP, where he was CEO.

“A SOULFUL CHRISTMAS,” a musical revue of gospel, R& B and Soul classics, a trip back to the 70s, returns to NYC next weekend on Saturday, December 15 @ 8 pm and Sunday, December 16 at 2 pm at the Actors Temple Theatre, located at 339 West 47th Street. Produced by Anthony Wayne and Kendrell Bowman, the “SOULFUL CHRISTMAS” cast features Wayne and a megawatt talented cast. He starred in the off-Off Broadway piece “Mighty Real: A Fabulous Sylvester Musical” [Visit Anthonyekn.com]

The Uptown Dance Academy presents the 23rd Annual “BLACK NUTCRACKER” at the First Corinthian Baptist Church Sanctuary, located at 1912 Adam Clayton Powell, Jr. Boulevard, Harlem, on Thursday, December 20th at 10 am, 11:45 am and at 7 pm. Founded by dancer/choreographer Robin Williams in 1996 and headquartered in East Harlem, the Uptown Dance Academy caters to minority youth ages 3 to 19, introducing them to ballet, tap, modern jazz, acrobatics and African dance forms and theater. Pop star PRINCE was a UDA benefactor, donating $250,000, and American Ballet Theater’s Misty Copeland performed a solo “Black Nutcracker” when it played the Apollo Theater. [Visit uptowndanceacademy.com or text 917.202.1601]