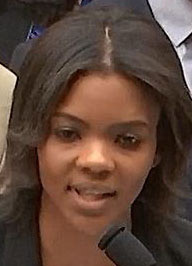 THE VOTE/11/3
Is America in its final days or on the cusp of a new stage of enlightenment? The opening line in the Charles Dickens’ 1859 historical novel, A TALE OF TWO CITIES reads, “It was the best of times, it was the worst of times,” an appropriate description of America today. The 11/3 election is the most important one in this republic’s history. Are we on the cusp of autocracy and political decline or is the our future lined with hope for a better day ? Next month’s election deals with the plethora of national dysfunction.

More than 210,000 Americans have died from COVID19, about 25% of world fatalities. This week, Johnson & Johnson, working on a COVID vaccine, paused its late stage clinical study. A day later, Eli Lilly Labs paused its clinical trials for a COVID anti body clinical treatment trial. In both instances, it was in response to volunteers who fell ill. Forget about a pre-election day vaccine! The biggest threat to national security, white supremacist groups, was obstructed.
Last week, the FBI thwarted a white militia group Wolverine Watchmen’s plan to kidnap Michigan Governor Gretchen Whitmer, try her for treason, then kill her. Governor Whitman was an advocate of COVID 19 containment which attracted angry mobs with guns drawn at the state capitol a few months ago. White supremacists, like the Boogaloo Movement, is a Wolverine Watchmen associate. Trump messages codes to these groups at rallies suggesting that they monitor voting sites next month.
America is a twilight zone of chaos and ignorance, set forth by the Oval Office. The world has been subjected to the vagaries of a virus and attendant economic disruptions, which seem relentless. Two weeks ago, Trump was diagnosed COVID 19 positive, which required hospitalization. His doctors must still disclose the date of Trump’s last negative COVID test and the intensity of his afflication which weakened him.

A fortnight later, he was holding forth on White House grounds where he planned to address about 2000. Instead, he got about 500 Blacks and Latinos in MAGA wear, an optic made possible by African-American Trumpite Candace Owens, who paid the attendees travel, hotel and food expenses. Is Trump recovered? No. We only know that one of his COVID meds is steroid- based and can play havoc with the mind. Perhaps, that explains why POTUS 45 ignores all coronavirus protocols while traveling like a Typhoid Mary around the country to battleground states, many of which are experiencing surges in COVID infections. It is depressing.
Saddened by his southbound poll numbers, Trump still has a few bag of tricks.
As voter enticements, he uses earlier unused Stimulus monies for farmers, to secure votes. He has approved $13 billion in aid for Puerto Rico, huh? Three years after the storm! That explains a bitter PR mayor voicing her recent Trump support. These are Third World election tactics. If he wants votes, he should get the GOP Senate to approve and pay stimulus checks to Americans now, ordering the Senate to vote for a Stimulus package with $1250 checks, while they are back in DC to confirm Amy Coney Barrett to the US Supreme Court, an action disapproved by 60% of Americans. The President and the reluctant Senate are really plotting their own demise.
Pre-election America is in a state of flux. While the election consumes most of our waking hours, life continues apace across country. Read WGO below.

HARLEM OPS
The West Harlem Development Corporation posts info about Pathrways to Aprrenticeship, a 6- week pre-approved program that certifies participant with key skills and training necessary to qualify for an apprenticeship op with local construction unions, which sets the stage for stable jobs with good benefits. Interested individuals must attend a virtual session on 10/20, 2-3 pm or 10/22, 5:30 to 6:30 pm. To register, email Josem@westharlemdc.org or call 646.518.4760. Priority given to West Harlem residents.
Arva Rice, the pro-active President of the Harlem-based New York Urban League, the recipient of numerous COVID grants, is looking for a part-time development assistant. Interested individuals should email her at President@nyul.org.

ARTS/CULTURE
UNIVERSITY: Princeton University names residential college after African American philanthropist/alumna Mellody Hobson. This naming is the first ever for a Black woman. The President/Co-CEO of Ariel Investments, a Chicago-based Black owned company, Hobson is a former Princeton trustee, and one of America’s richest Black women. The former Chair of DreamWorks Animation, she is the first Black woman to head he Economic Club of Chicago.