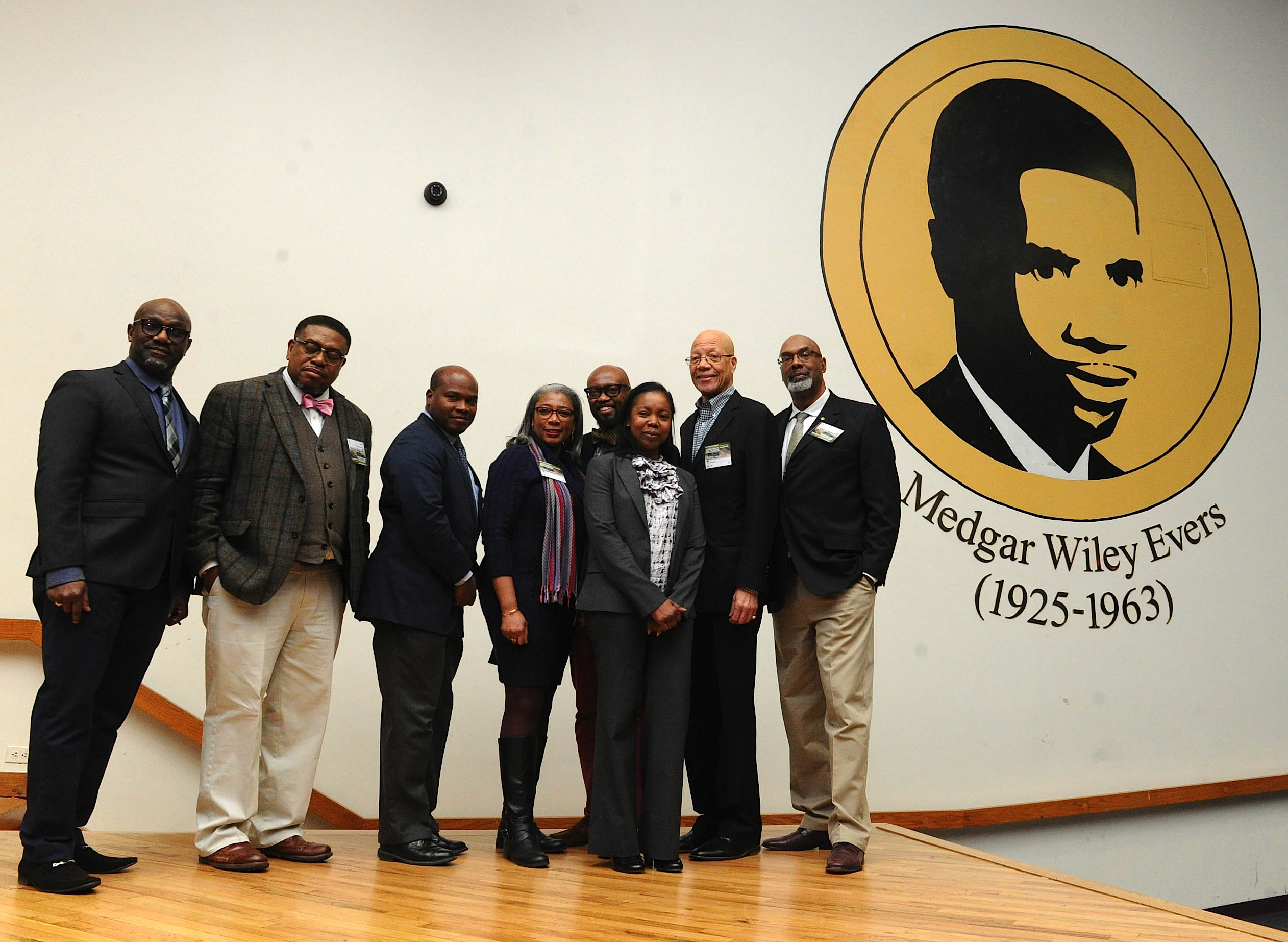 … on Matters of their Health, Welfare and Life & Death

So, you think all this stuff about the environment has nothing to do with you; it’s just stuff?

The conference, themed “Environmental Disasters and the Urban Infrastructure,” was unique in that hundreds of young people – from middle school to college age – were in attendance and heard messages that not only warned of the dangers to come if they don’t understand how environmental policies are set; their power in making policy work for community sustainability and community survival; their responsibility in exercising their most essential power, voting; and what they can do right around them to get jobs, develop businesses and protect themselves.

Two of five key history-making activists in the global environmental justice movement – Peggy Shepherd, co-founder and executive director of WE ACT for Environmental Justice and keynoter Aaron Mair, former pioneering president of the Sierra Club,   – delivered striking, personal messages that appeared to hit home. They ranged from Shepherd’s warning: DO NOT purchase anything with the word fragrance, including household products and cosmetics, to Maier’s demand, “Get involved. You only have five years to get on track with conversations about and actions against environmental racism.

MEC professor Dr. John Flateau warned the audience to be ready for the multibillion dollar environment-related industry and the entrepreneurial and job opportunities that are coming with it. He also urged the audiences to respond to the 2020 census. An undercount will deliver fewer services for program funding, entrepreneurism and jobs. He also noted that the future digital voting technology may work against participatory democracy, where in communities of color, there is still a digital divide: some of us who are not tech-savvy or do not own smartphones or computers may not be able to vote.

Aaron Mair’s decade-long battle on behalf of communities in upstate New York led to a shutdown of polluting solid waste incineration in an inner-city community outside Albany, New York; a commitment by the State to close it and a $1.6 million settlement award to that community.

Mair was also a key figure in leading the fight and securing the Sierra Club’s participation in the Clean Up of the Hudson campaign. His actions resulted in a settlement between the EPA and General Electric to dredge toxic sediments from the Upper Hudson River.

Dr. Flateau, a professor of public administration and political science at MEC, and director of their Census Information Center is also Commissioner of the NYC Board of Elections. He is a strategist on federal, state and local campaigns; election reform and voting rights litigation designed to empower communities of color.

Some of this country’s most dynamic leaders in the environmental justice movement can be found at MEC. The panels covered two hard topics: in the morning, the Environmental monitoring and Sustainability: trends, challenges, and plans for a more sustainable future, and in the afternoon, the impact of the Trump Administration on American Environmental Policies – National and Global.

Also hosting the conference were Dr. Dereck Skeete, CES, MEC; who moderated the questions and answer with Maier and Dr. Terence Blackman, Dean, School of Science, Health and Technology. To view the dynamic presentations and conference highlights, visit http://www.mec.cuny.edu. To understand why we may be cosmeticizing ourselves to death, Ms. Shepard advises our readers to visit the notsopretty.com website. The event took place March 10 in MEC’s Founders Auditorium and other areas on campus.