The Role of the Artist in Telling Our Stories
Advertisement 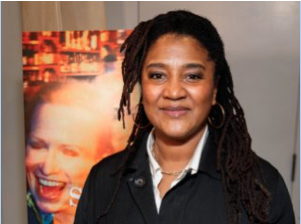 At the announcement in New York City, Pulitzer Award Administrator Mike Pride described the role of the literary prizes as “telling the story of America and the world.”

But for “our” contemporary post-Harlem Renaissance artists – who are intent on staying free of enforced perspectives that shade truth, there’s another level of action or service beyond the act of storytelling.

Artist Danny Simmons in the February 2008 edition of Legacy Ventures’ Our Time AT HOME publication, commented to writer Victoria Horsford on arts and activism: “Creative expression is an integral part of the human experience.   I don’t know if a man can survive without art in any shape or form. My work has a black esthetic in its underpinnings… My activism is arts-related activism.”

And writer/journalist/psychotherapist Laurie Nadel, this week explained why the community must protect its artists: ‘Artists are our canaries in the coal mine. The President’s decision to cut funding for the National Endowments for the Arts and the Humanities should remind us that dictators are threatened by artists and writers.  It is an ominous sign.

“After the military seized power in Chile after President Salvador Allende’s assassination in 1973, soldiers raided artists’ homes and burned ‘Cubism’ because they thought it referred to Castro’s Cuba and ‘Revolution in the Arts.’  In the present climate, art challenges us to face our fears and get stronger. ”

Lynn Nottage, in an Our Time Press interview set by Marcia Pendelton last month, added her opinion on Donald Trump’s relation to the arts saying “President Trump revels in non-literacy.”

There are many other dimensions to the artists’ role, and we will share our perspective on them in future stories. Meanwhile, please join us and readers globally in applauding this year’s Black Pulitzer-prize winners:

Hilton Als for Criticism (The New Yorker Magazine). Mr. Als, a theatre critic, won for his “bold and original reviews that strove to put to put stage dramas within the real-world cultural context, particularly the shifting landscape of gender, sexuality and race.” His work often furthers discussions on the intersections of theater, race, identity, sexuality and class in the United States. Specifically, he won for articles related to “The Color Purple” and “Dear Evan Hansen.”

Tyehimba Jess for Poetry (“Olio”) (Poetry).  Olio is Jess’ collection of sonnets, songs and narratives that highlight the lives of “unrecorded African-American performers” before the Civil War up to World War I.  Scott Joplin figures prominently in this book which also explores the worlds of little-known artists.

Lynn Nottage for Drama (“Sweat”). With this year’s award, Nottage became the first female playwright to win the Pulitzer Prize twice. Sweat is a “nuanced yet powerful drama (currently running on Broadway) that reminds audiences of the stacked deck still facing workers searching for the American dream.” It that tells the story of a group of friends who work with each other and follows their friendships as talk of layoffs at the factory where they work starts up. Lynn Nottage also won for “Ruined” in 2009.

Colson Whitehead for Fiction (“The Underground Railroad). Whitehead’s novel, which also won the National Book Award, tells the story of a teenage heroine, Cora, in 1850s Georgia who tries to escape a cotton plantation and start her journey toward freedom.

Our Time Press also acknowledges the Pulitzers for the presence of other giants of African descent on its own committee. They include: Dr. Tommie Shelby, PhD, Caldwell Titcomb professor of African and African American Studies an Philosophy at Harvard University; 2009 Pulitzer-winning journalist Eugene Harold Robinson, former assistant managing editor of The Washington Post and member of the National Association of Black Journalists; Poet, essayist Elizabeth Alexander, former Yale University professor and chair, African American Studies, and currently a Columbia University faculty member; and Dominican-American writer Junot Diaz, creative writing professor at Massachusetts Institute of Technology, and fiction editor at Boston Review, who received a 2008 Pulitzer Prize for Fiction.