The Fall of an Icon
Advertisement 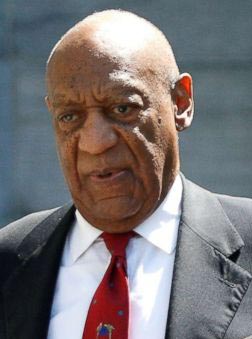 Last week, a jury found Bill Cosby guilty of sexually assaulting Andrea Constant at his home in Montgomery County, Pennsylvania back in 2004. The verdict signified the fall of one of America’s biggest entertainment icons and the validation of a decade of accusations set against Mr. Cosby by dozens of women. For most of us, the idea of Bill Cosby being guilty of such heinous acts against women were unthinkable at first. This is Cliff Huxtable we are talking about, America’s favorite Dad. We grew up watching him, laughing at his jokes and being influenced by the positive images of the Black family that he helped bring to the television screen. “The Cosby Show” and the spin-off “A Different World” have a direct correlation with the uptick in enrollment into HBCUs during the years that they were on the air. So, we didn’t believe at first, we couldn’t believe that someone who has given us so much would do something so wrong.

In an effort to make clear the sequence of events that have led to Mr. Cosby’s conviction, and in order to shed light on this case as objectively as possible, I have decided to provide a timeline of events for your review: Fall 2002 – Andrea Constant meets Bill Cosby. At the time, Ms. Constant was the Director of Operations for the Temple Women’s Basketball team and Mr. Cosby was a trustee of the university. They were introduced because Mr. Cosby asked to see the newly renovated Women’s Basketball team locker room. That meeting led to phone conversations, and that led to Mr. Cosby asking Ms. Constant over to his home for dinner. She accepted, and had dinner with Mr. Cosby on numerous occasions, including taking a trip to New York City for dinner and to see him perform. November 2003 – Cosby invites Constant up to Foxwoods Casino. She agrees and drives up. They have dinner with Casino Manager Thomas Cantone. After dinner, Cosby allegedly calls Constant and invites her to his room. He claims to have “baked goods” he wants to share with her. She goes to his room and he allegedly lays on the bed next to her and falls asleep. After a few minutes watching him sleep, she leaves. Winter 2004 – Bill Cosby allegedly assaults Ms. Constant at his home. According to her testimony, Ms. Constant was visiting Mr. Cosby at his home because she was anxious about making a decision to resign from Temple University. Mr. Cosby gave her some blue pills and told her to take them and that they would help “take the edge off.” She took the pills and drank a glass of white wine. In minutes, she was groggy and then she passed out. She awakes to Cosby sexually assaulting her. She blacks out again, waking up around 5am. Her bra was around her neck, and her pants were unzipped. She got herself together to leave but Cosby put himself between her and the door. He asked if she was okay. He gave her tea and a muffin. And then she left. January 2005 – After experiencing nightmares about the incident and expressing what transpired to her mother, Ms. Constant files a police report with the Durham Regional Police outside of Toronto. This sparks a criminal investigation in Montgomery County, PA. At his lawyer’s office, Mr. Cosby is interviewed by the Cheltenham Police. February 2005 – Montgomery County District Attorney states that he will not be criminally prosecuting Cosby. A week prior, a woman named Tamara Green comes forward with allegations that Cosby sexually assaulted her in the 70’s.

Fall 2005 – In his deposition, Cosby admits to getting drugs to give to women for sex. He admits to hiding these affairs from his wife and routing payments to multiple women.

November 2006 – Constant’s civil suit against Cosby is settled for reportedly $3.4 million dollars. The depositions are sealed.

October 2014 – Comedian Hannibal Buress, while performing at a club in Philadelphia, calls Bill Cosby a rapist.

November 2014 – Barbara Bowman, one of the women who filed a deposition in the civil suit case in 2005, writes an Op-Ed piece in the Washington Post titled, “Bill Cosby raped me. Why did it take 30 years for people to believe my story?” Two days later, while being interviewed on NPR, Cosby is asked about the Bowman allegations. He doesn’t answer the questions, choosing to stay silent. Over the next few weeks, 10 other women come forward to make claims of sexual assault at the hands of Cosby. NBC employee Frank Scotti claims that he paid eight women on Cosby’s behalf, sending thousands of dollars in money orders to the women to keep them quiet. Cosby resigns as honorary co-chair of the University of Massachusetts at Amherst.

December 2014 – Cosby resigns from Temple University’s Board of Trustees.

Early 2015 – Over the first three months of 2015, another five women come forward with allegations.

July 2015 – Constant filed a motion to have the deposition unsealed because Cosby violated a nondisclosure agreement by responding to the newly surfaced allegations. The depositions are unsealed. The public learns that Cosby admitted to giving a woman Quaaludes. New York magazine photographs 35 women for an historic cover story in which these women tell their stories about their experiences with Bill Cosby.

December 30, 2015 – Just two weeks before the statute of limitations would’ve run out in the case, Bill Cosby is formally charged with drugging and sexually assaulting Andrea Constant in 2004. By this point, over 50 women have come forward to tell stories about their experiences with Bill Cosby, detailing sexual assault and being drugged. The stories have some similarities – blue pills, drinks, women waking up and finding Cosby in various stages of molestation or sex. Cosby is found guilty on all three counts of sexual assault against Andrea Constant.

Kanye West, Donald Glover and the correct way to send a message

How Do You Take Your Coffee?