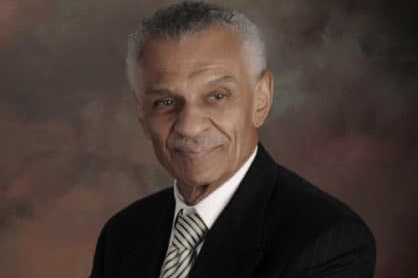 The Rev. Dr. C.T. Vivian, a beloved civil rights veteran who marched alongside the Rev. Martin Luther King Jr., died at his home in Atlanta, Friday. He was 95.

Vivian’s daughter, Denise Morse, confirmed her dad’s passing and told Atlanta’s NBC affiliate WXIA that he was “one of the most wonderful men who ever walked the earth.”
The civil rights titan suffered a stroke about two months ago but seemed to be on the mend before “he just stopped eating” and died of natural causes, friend and business partner Don Rivers said.

“He has always been one of the people who had the most insight, wisdom, integrity and dedication,” said former Atlanta Mayor Andrew Young, a contemporary of Vivian who also worked alongside King.

In 1961, Vivian, now a member of the Southern Christian Leadership Conference (SCLC) participated in Freedom Rides replacing injured members of the Congress of Racial Equality (CORE). Vivian was appointed to the executive staff of the SCLC in 1963, when Dr. Martin Luther King, Jr., named him national director of affiliates.
Two years later, in an incident that would make national news, Vivian confronted Sheriff Jim Clark on the steps of the Selma courthouse during a voter registration drive. After an impassioned speech by Vivian, Clark struck him on the mouth, portraying Clark to the world as a racist. In 1969, Vivian wrote the first book on the modern-day Civil Rights Movement, entitled Black Power and the American Myth. Also during 1969, Vivian worked closely with Vincent Harding and others in forming the Institute of the Black World in Atlanta.
By 1979, Vivian had organized and was serving as chairman of the board of the National Anti-Klan Network, which is known today as the Center for Democratic Renewal. Vivian also founded the Black Action Strategies and Information Center (BASIC), a workplace consultancy on race relations and multicultural training. In 1999, he turned the leadership of BASIC over to one of his sons.
President Barack Obama honored Dr. Vivian with the Presidential Medal of Freedom in 2013.

Blessings to his friends and family.

The Truth Behind ’40 Acres and a Mule’