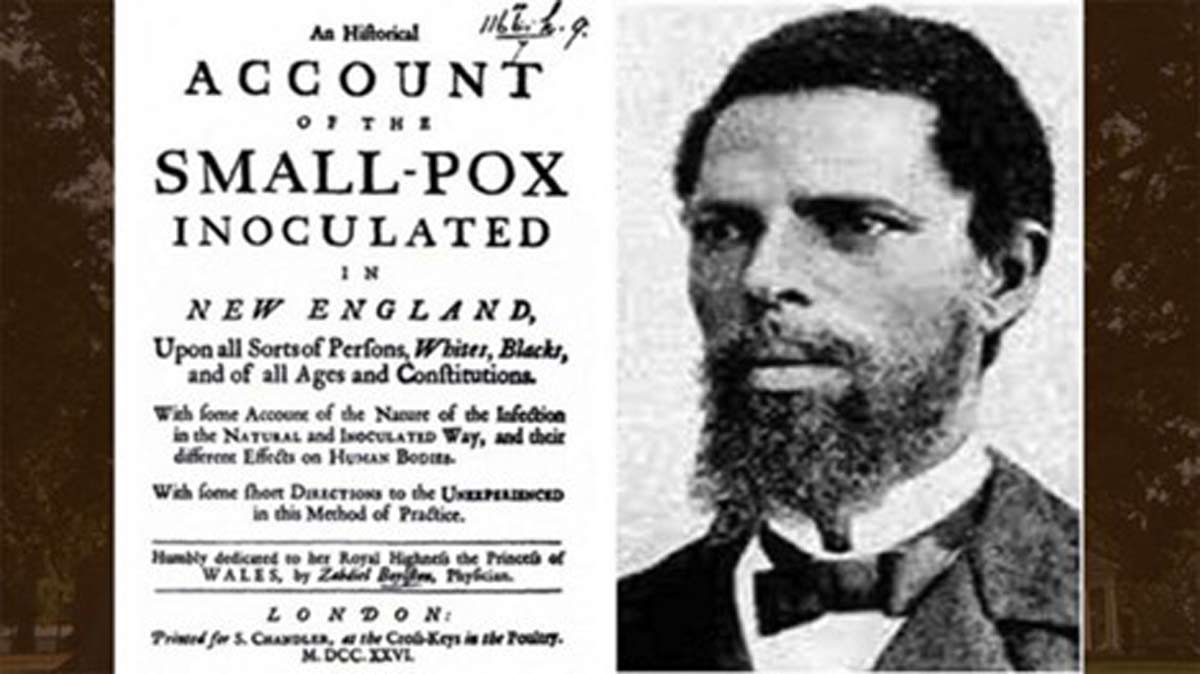 OTP and Kenneth Crosby, MD
The contributions made by African and Black American medical professionals to health and wellness are many. While determining just how many lives these trailblazers saved is impossible, we know that without their imagination, knowledge, and desire to help others many lives would have been lost.

1783 – James Durham
Born into slavery, Durham, just before turning 21, purchased his freedom from James Kearsley Jr., a medical doctor.
Durham did not hold a medical degree, but he gained knowledge about issues related to health and wellness from Kearsley, who specialized in sore throat diseases.
During his time with Kearsley, Durham learned how to care for patients and mix medicines. His experience as an assistant gave him the same medical apprenticeship that the majority of the 3,500 schooled physicians experienced as they moved through their medical training programs.
Durham dreamed of having his own medical practice, and brought this dream to fruition in New Orleans, thus affording him the title of the first doctor of African descent in the United States.
In 1788, Dr. Benjamin Rush, considered one of the top physicians in America, was so impressed with Durham’s paper on dyptheria that he personally reads it before the College of Physicians of Philadelphia.
In 1789, Durham returned Durham treated and saved more yellow fever victims than any other physician. His success rate is impressive: of 64 patients he treated, only 11 were lost.
Durham’s medical practice flourishes until the city of New Orleans decides to restrict his practice in 1801 because he has no formal medical degree.

1911 – Solomon Carter Fuller, MD
In 1897, Fuller received his medical degree from Boston University School of Medicine and started an internship at what was then called “Westborough Insane Hospital.”
From 1904 to 1905 Fuller studied at New York’s Carnegie Laboratory and traveled to Germany to study degenerative brain disorders at the University of Munich.
In 1911, Fuller identified one of the causes of Alzheimer’s disease and published his findings. He is widely published and considered a pioneer in Alzheimer’s disease research.
In 1912, the American Psychiatric Association awards Solomon Carter Fuller, MD, the title of America’s First Black Psychiatrist.
Fuller published the initial comprehensive clinical review of Alzheimer’s cases that had been reported at that time. In addition, Fuller translates much of Alois Alzheimer’s work into English.
In 1921, Fuller was named Boston University School of Medicine’s associate professor of neurology, and from 1928 to 1933 he functioned as chair of the neurology department, but was never officially named department chair. He retired from BU in 1933.
In 1943, Livingstone College of Rutgers University in New Jersey awarded Fuller an honorary degree: Doctor of Science.
Besides pioneering Alzheimer’s research, Fuller also advanced the study of numerous other neurodegenerative diseases, including manic depression and schizophrenia.
In 1969, the American Psychiatric Association established the Solomon Carter Fuller Award, which honors a Black citizen who has pioneered in an area that has brought significant improvement to the quality of life experienced by Black people. Additionally, in order to honor the contributions Fuller made to psychiatric research, one of Boston University’s buildings bears his name: The Solomon Carter Fuller Mental Health Building.

1915 – Ernest E. Just, PhD
Biologist and embryologist, Just received the National Association for the Advancement of Colored People (NAACP) Spingarn Medal for his ground-breaking research on the egg fertilization process and cell division.
1927 – William Augustus Hinton, MD
William Augustus Hinton created a test to diagnose syphilis. Initially, the test was referred to as the Hinton test, but when he improves the test in 1931 with a colleague, J.A.V. Davies, Hinton changed the name to the Davies-Hinton test.
In 1936, Hinton’s medical textbook, Syphilis And Its Treatment, became the first African American medical textbook ever published.

1940 – Charles R. Drew, ScD
(“Father of Blood Banking”)
In 1940, Drew visited New York’s Columbia-Presbyterian Medical Center to present his thesis, “Banked Blood,” which represented two years of his research into blood, including his discovery that whole blood transfusions can be replaced with plasma.
He pioneered storage methods for blood plasma, and during WWII, organized the first large-scale blood bank in the United States.
Once the war ended, he started work on a storage program for the blood at the American Red Cross. After learning that the officials planned to segregate the blood according to ethnicity, however, Drew resigned. Nonetheless, he went on to become the chief surgeon at Washington, D.C.’s Freedmen’s Hospital (now Howard University Hospital), as well as the first Black examiner for the American Board of Surgery.

1964 – Jane Wright, MD
Wright is an accomplished surgeon and revolutionary cancer researcher. Her work elevated chemotherapy from a last-ditch effort for the treatment of cancer to a feasible therapy option.
While working with a team at New York University School of Medicine, Wright developed a way to deliver heavy doses of anticancer medications to tumors located within the spleen, kidneys, and other hard-to-reach places. In 1967, she served as the head and associate dean of the Cancer Chemotherapy Department at New York Medical College in New York City.

1986 – Marilyn Hughes Gaston, MD
In 1964, as Gaston worked as an intern at Philadelphia General Hospital, an infant with an infected, swollen hand was admitted. Once Gaston learned that the infant had sickle cell disease, she committed herself to learning more about it, eventually becoming a top researcher for this disease.
Gaston became the deputy branch chief of the National Institutes of Health’s Sickle Cell Disease Branch. Her research shows the effectiveness of the antibiotic penicillin to prevent sepsis infection (which can be fatal for children with sickle cell disease) and the benefits of screening newborns for the disease.
Due to her extensive career, Gaston received every Public Health Service award available.

1987 – Benjamin S. Carson Sr., MD, Neurosurgeon
In 1987, Carson was a neurosurgeon leading a 70-member surgical team separating a set of Siamese twins who were conjoined at the cranium. The separation is successful, which makes Carson the only neurosurgeon to successfully separate twins who are joined at the back of the head.
In 2016, Carson runs unsuccessfully for the Republican presidential nomination; but after the election, President Trump nominates him to serve as secretary of the Department of Housing and Urban Development; the appointment is confirmed on March 2, 2017, and he served through the entire Trump presidency.

1988 – Patricia Era Bath, MD
In 1988, Bath was the first Black female physician to receive a patent for a medical device.
As an ophthalmologist, Bath noticed that there were differences in the number of Black patients and white patients experiencing visual impairments and blindness. She decided to conduct a study to determine the prevalence of visual impairment and blindness based on race, and found that the prevalence of blindness is two times higher in African Americans than in Caucasian Americans.
Bath’s technique and device, the Laserphaco Probe, are used during cataract surgery.
Bath stated that eyesight is a basic human right, and in 1976 founded the American Institute for the Prevention of Blindness.

2007 – Emmett Chappelle
Chappelle, a WWII veteran, is a NASA inventor and a biochemist. He holds 14 patents in the United States. In 2007, he was inducted into the National Inventors Hall of Fame for his bioluminescence work. His research makes it possible to detect bacteria more accurately in water.
So, to celebrate Black History Month this year, take some time to learn more about these amazing individuals.
Kenneth Crosby, MD, is a breast imaging radiologist at Raleigh Radiology in North Carolina.