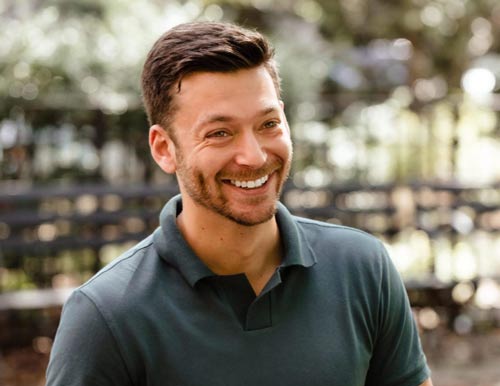 Communities across the nation are asking their leaders to “listen” and work with them to develop tactical strategies for change.
Without publicity or funds, Jason Salmon is responding to the call, engaging his Brooklyn community in dialogue about the two pandemics: racism and Covid.
Last weekend, respecting social distancing and masking, Mr. Salmon, candidate for New York’s 25th State Senate District Jason Salmon held a Community Conversation in partnership with Brooklyn Reverend Anthony Trufant, criminal justice advocate Donna Hylton, and members of his community, on acts of violence by police in recent weeks.
Mr. Salmon, a life-long resident of Clinton Hill-Fort Greene and an experienced community organizer and activist,  is the first to send to us his blueprint for change, locally and nationally, centered around police reform.  (Read Jason Salmon’s full criminal legal system platform on the OTP website, www.ourtimeathome.com)
At the event — held in Fort Greene Park near the Washington Monument — he recounted his experience with protests saying, “We have to be more organized. We have to be more productive. If we took all the people that were at the Barclay’s and took them to Albany to pass police reform, we could actually get something done.
“When you talk about the police, you have to talk about race. But people in this country have a very hard time speaking truthfully about race.”
And that’s where Salmon says —through a constant, steady email stream — that change begins: conversations.
From the launch of his campaign, Jason has made it clear that criminal justice reform is central to his platform. He has — on numerous accounts — attributed the start of his public service career to the murder of his childhood friend at the hands of law enforcement. Today, his campaign is centered on bringing about true reform to Albany that includes transparency and accountability in our law enforcement; the banning of bias-based policing; the defunding of police and refunding of community-based institutions; and the banning of deadly force.
Jason is also fighting for equity in the education system and addressing the affordable housing crisis.
Born into a multi-racial family, Jason attended P.S. 20. In the summer of 2014, his life changed dramatically when his childhood friend was killed by the police. These tragedies drove Jason to serve as a community organizer and activist, and eventually as a volunteer for Jews for Racial and Economic Justice (JFREJ) and liaison to Communities United for Police Reform (CPR). Jason then served as a Community Liaison for Senator Velmanette Montgomery where, for nearly 3 years, he was in the frontlines serving the communities of the 25th District.
Jason has been endorsed by New York City Councilmember Carlos Menchaca, Reverand Anthony L. Trufant, Central Brooklyn Independent Democrats, Citizen Action, The Jewish Vote, Equality New York, the Jim Owles Liberal Democratic Club, UAW Region 9A, Lambda Independent Democrats of Brooklyn, the Stonewall Democratic Club of NYC, and the New York State Public Employees Federation.   For more information: press@Salmon4NY.com

Clarke Wins Primary in a Landslide