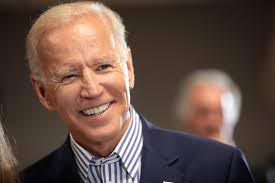 The gap between African American and white homeownership is larger today than when the Fair Housing Act was passed in 1968. This has contributed to a racial wealth gap—nearly 1,000%—between median white and African American households. Because home ownership is how most families save and build wealth, the disparity in home ownership is a central driver of the racial wealth gap. As President, Biden will invest $640 billion over 10 years so every American has access to housing that is affordable, stable, safe and healthy, accessible, energy efficient and resilient, and located near good schools and with a reasonable commute to their jobs.

Biden will:
-Help families buy their first homes and build wealth by creating a new refundable, advanceable tax credit of up to $15,000. Building off of a temporary tax credit expanded as part of the Recovery Act, this tax credit will be permanent and advanceable, meaning that homebuyers receive the tax credit when they make the purchase instead of waiting to receive the assistance when they file taxes the following year.
-Housing in communities primarily comprised of people of color is valued at tens of thousands of dollars below majority-white communities even when all other factors are the same, contributing to the racial wealth gap. To counteract this racial bias, Biden will establish a national standard for housing appraisals that ensures appraisers have adequate training and a full appreciation for neighborhoods and do not hold implicit biases because of a lack of community understanding.
-Roll back Trump Administration policies gutting fair lending and fair housing protections, strongly enforce fair credit reporting laws, and create a new Public Credit Reporting Agency. Being able to obtain a credit report is a critical step for homeownership. Today’s credit reports, which are issued by just three large private companies, are rife with problems: they often contain errors, they leave many “credit invisible” due to the sources used to generate a credit score, and they contribute to racial disparities, widening the African American homeownership gap, Biden will create a new public credit reporting agency within the Consumer Financial Protection Bureau to provide consumers with a government option that seeks to minimize racial disparities, for example by ensuring the algorithms used for credit scoring don’t have a discriminatory impact, and by accepting non-traditional sources of data like rental history and utility bills to establish credit.
-Protect homeowners and renters from abusive lenders and landlords through a new Homeowner and Renter Bill of Rights. This new Bill of Rights will prevent mortgage brokers from leading borrowers into loans that cost more than appropriate, prevent mortgage servicers from advancing a foreclosure when the homeowner is in the process of receiving a loan modification, give homeowners a private right of action to seek financial redress from mortgage lenders and servicers that violate these protections, and give borrowers the right to a timely notification on the status of their loan modifications and to be able to appeal modification denials.
-Roll back Trump Administration policies gutting fair lending and fair housing protections for homeowners.
-Give local elected officials the tools and resources they need to combat gentrification. Biden will implement the Obama-Biden Administration’s Affirmatively Furthering Fair Housing Rule requiring communities receiving certain federal funding to proactively examine housing patterns and identify and address policies that have a discriminatory effect. The Trump Administration suspended this rule in 2018. Biden will ensure effective and rigorous enforcement of the Fair Housing Act and the Home Mortgage Disclosure Act. And, he will reinstate the federal risk-sharing program which has helped secure financing for thousands of affordable rental housing units in partnership with housing finance agencies.
-Hold financial institutions accountable for discriminatory practices in the housing market. In 2013, the Obama-Biden Administration codified a long-standing, court-supported view that lending practices that have a discriminatory effect can be challenged even if discrimination was not explicit. But now the Trump Administration is seeking to gut this disparate impact standard by significantly increasing the burden of proof for those claiming discrimination. In the Biden Administration, this change will be reversed to ensure financial institutions are held accountable for serving all customers.
-Restore the federal government’s power to enforce settlements against discriminatory lenders. The Trump Administration has stripped the Office of Fair Lending and Equal Opportunity, a division of the Consumer Financial Protection Bureau, of its power to enforce settlements against lenders found to have discriminated against borrowers – for example by charging significantly higher interest rates for people of color than white individuals. Biden will return power to the division so it can protect consumers from discrimination.
(To be continued)