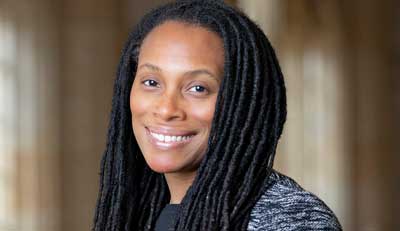 By Kate Sullivan
(CNN)President-elect Joe Biden has named retired Army Gen. Lloyd Austin as his nominee for secretary of defense, the Biden transition team announced Tuesday.
The former commander of the US Central Command would make history as the first Black person to lead the Pentagon if confirmed by the US Senate.

“Today, I ask Lloyd Austin to once more take on a mission for the United States of America–this time as the secretary-designate of the Department of Defense. I know he will do an outstanding job,” Biden wrote in an op-ed published by The Atlantic on Tuesday.
“In his more than 40 years in the United States Army, Austin met every challenge with extraordinary skill and profound personal decency. He is a true and tested soldier and leader. I’ve spent countless hours with him, in the field and in the White House Situation Room.”
Austin would assume one of the most prominent roles in Biden’s administration. The secretary of defense controls the nation’s largest government agency and commands troops around the world.
Austin has worked closely with Biden in the past. While Biden was vice president, Austin served as the vice chief of staff of the Army and commanding general of US forces in Iraq, and later the commander of CENTCOM. Biden and Austin had discussions on a range of issues, including those in the Middle East and Central and South Asia.
Austin would need a congressional waiver to be confirmed for the civilian post because federal law requires seven years of retirement from active duty before taking on the role. Austin retired from active-duty service only four years ago.
Though the use of the waiver is rare, retired Marine Gen. James Mattis received a waiver from Congress in 2017 to serve as President Donald Trump’s defense secretary. Some Democrats in Congress at the time expressed concerns about setting aside the precedent of maintaining civilian leadership in the military, but the waiver was ultimately approved by both chambers, allowing Mattis to serve in the position until his departure in December 2018.
CNN had reported that Austin was among three final contenders for the role. Michèle Flournoy, a veteran Pentagon official who served as undersecretary of defense for policy in President Barack Obama’s administration, and Jeh Johnson, a former secretary of homeland security, were also under consideration.

By Andrew Naughtie
www.theguardian.org
A top Yale University academic who has been advising Joe Biden on coronavirus will now head up a specialised “Equity Task Force” that will address the ways the pandemic has disproportionately hit disadvantaged people and communities of colour.
Marcella Nunez-Smith, who has co-chaired the coronavirus advisory board Mr. Biden created after the election, is a renowned scholar known for her work on the intersection of racism and public health. She will serve in the Biden administration among such other figures as Dr Anthony Fauci, now signed up to be Mr Biden’s lead medical adviser on Covid-19.

Her work on health inequalities, and particularly those across entwined racial and economic lines, makes her a clear choice to lead an effort to address one of the pandemic’s most shocking and unavoidable effects: the deadly exacerbation of existing disparities in health, income and wellbeing across the US population as a whole.
Even as the coronavirus is still taking a devastating toll, with cases and hospitalisations sharply on the rise across the country, the impact on already-disadvantaged groups has been particularly disproportionate. Data from the Centres for Disease Control shows that compared to non-Hispanic whites, Latino and Black people in the US who contract Covid-19 are 2.8 times as likely to die as non-Hispanic white people.
Many people of colour who have died from the coronavirus in the US worked low-wage jobs, often in poor conditions, and tended to live in overcrowded housing or dense neighbourhoods – often in areas unusually exposed to health risks like air pollution.
Dr Nunez-Smith told the Associated Press recently that the scale of the disparity means that “almost 50 percent of people of color in this country know someone who has died from Covid-19”, and that the disaster has exposed “pre-existing structural and social realities that really predisposed particular communities to be hardest hit by this pandemic. Hardest hit from a health perspective and hardest hit from an economic perspective.”
She has expressed confidence, however, that the Biden administration as a whole understands the urgency of addressing the roots of this disproportionate impact, and explained that the effort to ensure maximum takeup of a vaccine will need to “acknowledge a shameful history in our country of medical experimentation on black and brown bodies in particular”.
Dr Nunez-Smith’s work has looked at the effects of racism not just on patients and populations, but on healthcare workers themselves. In an interview for the Yale School of Medicine website earlier this year, Dr Nunez-Smith described how she herself, as a black woman doctor, has often been the subject of racial microaggressions in her medical career.
“A lot of the time,” she told the site, “if it was a patient not of color, they would make lots of assumptions about my role. To this day, as an attending physician at Yale, patients are constantly handing me their trays and asking me if I can call their doctor. And I’m their attending physician of record, and we have met several times.”
At the other end of the scale, she also described the value staff diversity can hold for patients. “If a patient of color saw me enter the room, 9.9 times out of 10, there would be a comment made before their discharge about how reassuring it was for them to have somebody of color on their care team.”
Dr. Nunez-Smith would probably be the first in such a high-ranking position to wear braids.