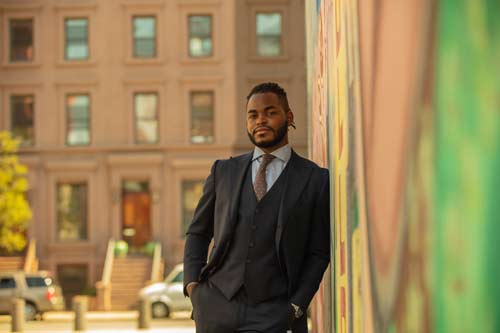 The explosion of young Black and Latino incumbents in American politics began with the ascent of Bronx, NY native, Alexandria Ocasio Cortez, aka AOC 31, who dramatically defeated 10-term Congressman Joe Crowley in 2018. The youngest member of Congress, AOC claims Latino, Black and Jewish heritage. Her voting record is progressive and socialist, sensitive to needs of the working class. She advocates for Medicare for All, women’s rights and the abolition of ICE. She opposes Affordable Care Act, which she says is expensive and inaccessible to most people. African American New Yorker Jamaal Bowman, 44, a Democratic candidate for Congress, accurately sums up the AOC phenom. He says. “A new crop of AOCs is popping up across the country, young, working class, candidates of color who sought seats of power, by her example.” He continues. “I would not have run for office if it weren’t for AOC and the squad.” Older political elites say that the new young politicians are products of gentrification. Others say that their time has come.

NY’S POLITICAL PROGRESSIVES
NYC public school math teacher Jabari Brisport, 33, is running unopposed for NYS Senate, from Brooklyn’s 25th Senatorial district. He has cut his teeth in politics in 2017 when he ran against NYC Council woman Laurie Cumbo.
Tiffany Caban, is a Latina lawyer who ran for Queens District Attorney in 2019 and lost by very narrow margin, viewed with suspicion by the NY power politics cognoscenti. Caban runs for NYC Council in 2021.
Joshua Clennon, 28, is founder/CEO of Urban Management And Development Inc. a Penn State alum, and member of Community Board 10 in Central Harlem. He is running for NYC Council, District 9 in 2021, currently represented by Bill Perkins.
Phara Souffrant Forrest, 31, a registered nurse, defeated incumbent NYS Assemblyman Walter Mosley, in Brooklyn’s 57th Assembly district in NY primary. Forrest wants to promote health initiatives having worked during the height of the NY COVID crisis
Mondaire Jones, 33, is an attorney who earned a Juris Doctor from Harvard Law School, running for the 17th Congressional district, NY. Seat vacated, by Congress member Nita Lowery who held the seat since 1988. Media emphasizes that he will be first openly Black gay member of Congress.
Attorney Zellnor Myrie, 34, is a NYS Senator from Brooklyn since 2018, who earned a Juris Doctor from Cornell Law School. Hands-on and community engaged, he was pepper sprayed and handcuffed by NYPD during the 2020 peaceful protests against the George Floyd killing.
NYC Council member Afro Latino Ritchie Torres, 32, from the Bronx runs for the coveted Congressional seat once occupied by Jose Serrano, who retires this year. A gay political firebrand, he should fare well in the House’s progressive wing.

Young Voters Came Out, Latinos Did Not

BP Adams to Supreme Court Confirmation: “(You) have prioritized politics over principles; We will continue to fight for a fairer, more just democracy.”