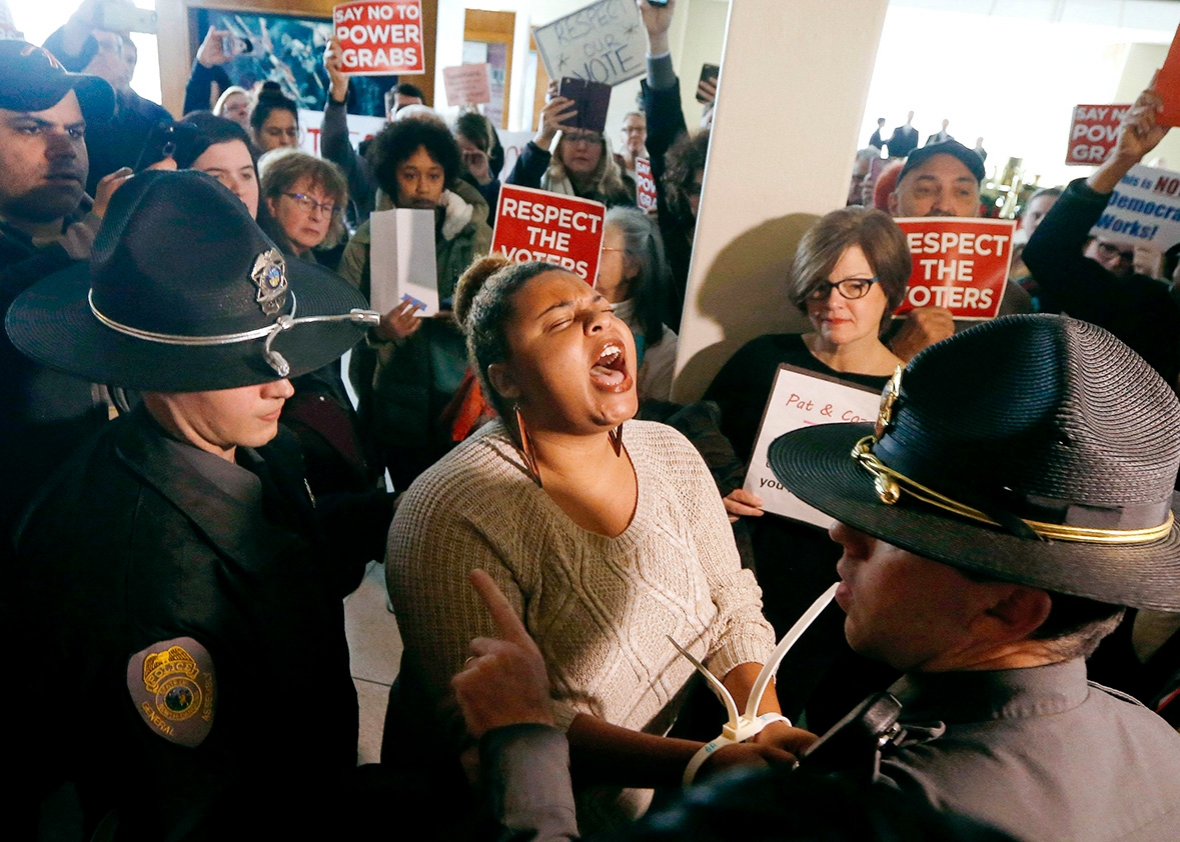 And a Preview of Voter Suppression to Come

Republicans in the North Carolina General Assembly staged a shocking legislative coup on Wednesday night, calling a second special session and proposing a raft of measures designed to strip power from the newly progressive state Supreme Court and governorship. This last-minute power grab marks an alarming departure from basic democratic norms—a blatant attempt to overturn the results of an election by curtailing judicial independence and restructuring the government to seize authority lawfully delegated to the incoming Democratic governor.

The trouble in North Carolina began when Republican Gov. Pat McCrory lost his re-election bid, likely because of his support for the anti-LGBTQ law known as HB2. At the same time that voters replaced McCrory with Democrat Roy Cooper, they ousted a conservative state Supreme Court justice in favor of a progressive. That tilted the balance of power on the court to a 4–3 liberal majority, ending an era in which the court’s conservatives could rubber stamp the legislature’s voter suppression and gerrymandering.

Because of this gerrymandering, Republicans retained a supermajority in the state legislature, even while losing the governorship and Supreme Court. (A federal court ordered the legislature to redraw its maps and hold new elections, but those won’t occur until 2017.) Rumors floated around the capital that Republican legislators would either throw out the results of the gubernatorial election and reinstall McCrory by citing baseless allegations of election fraud or add two seats to the Supreme Court and let McCrory fill them, restoring Republican control. McCrory eventually conceded defeat when a partial recount could not close his 10,000 vote deficit. But concerns over court-packing grew when McCrory called a special legislative session, ostensibly to pass a disaster relief package.