No, Will Smith slapping Chris Rock doesn’t set Black people back. But anti-Blackness will
Advertisement 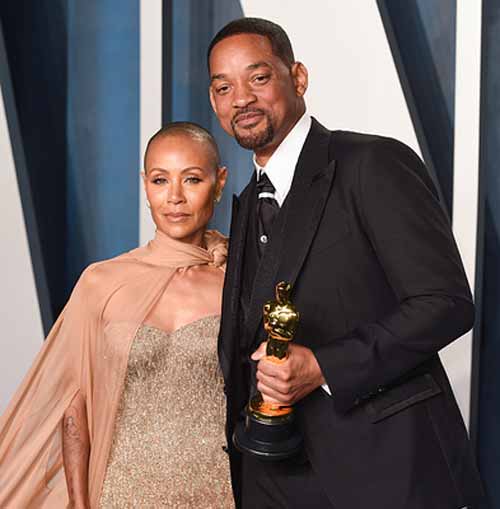 Ernest Owens
thegrio.com
OPINION: The slap heard ‘round the world at the Oscars was just that—a slap. Those concerned about how others will view Black people need to take a step back and let go of the white gaze.
Sunday night’s Academy Awards took an interesting turn when now newly minted Oscar-winning actor Will Smith slapped comedian Chris Rock for making a tasteless G.I. Jane joke about his wife, Jada Pinkett Smith. Jada, who’s been open about having alopecia, was visibly uncomfortable on camera while Rock mocked her baldness. Will, who clearly had had enough people taking cheap shots at him and his wife, gave Rock that work in real time.
Whether or not you believe Will should have hit Chris, some have wrongly assessed the situation altogether. Social media has been lit ablaze by some who have accused the entertainer of “setting us back” for his actions. Some even have accused him of embarrassing the Black community and creating a hurdle for future Black performers at the infamously ultra-white Academy Awards.
It’s one thing to shake your head in disappointment, but it’s another thing to now act like one Black celebrity’s controversial actions will hurt our community collectively. Rather than falsely appearing concerned, such arguments reinforce white supremacy by perpetuating the white gaze. Translation: By considering how white people view us as an entire community based on individual behavior, we give them justification for how they continue to marginalize us overall.
For starters, any white person who decided not to advance the rights of Black people based on Will Smith slapping someone was never going to do so to begin with. Imagine thinking that such an incident was enough to seriously “set the culture back.” Look how stupid that sounds: Will Smith violently defending his wife has made white people not want to care about Black people and our issues.
All of this reeks of respectability politics that older generations often cling to as a way to cope with the illusion that they can save themselves from white supremacy. Think about the ways some in our community still believe that if Black youth don’t wear hoodies, they might not be killed by police—or how being educated and articulate will somehow make white people suddenly not be threatened by you (ask the Obamas how that worked out for them). The truth is that this isn’t how white supremacy works at all. Being caught up in the white gaze (such as fixating on how white people view the interactions of Black people) won’t make our lives easier.
In fact, such ideas reveal internalized racism within the Black people who perpetuate this. It’s anti-Black to think that Black people must live their lives considering the viewpoints of white people to succeed. It’s even worse to blame individuals within our community for being imperfect as a way to justify the discrimination against us. Will Smith’s slap will never justify the Academy’s longstanding history of racism in Hollywood. It will never be a legitimate scapegoat for them to roll back their diversity and inclusion efforts in the future.
White supremacy will never be the fault of Black people but the bigots who will afflict us regardless of how approachable, nice and respectable we are. Don’t let this moment in Oscars’ history make some of y’all forget that. Stop recycling racist talking points and actually recognize that two things can be true at the same time: That Black people can make unpopular decisions and still be worthy of advancing in society at the same damn time.
Ernest Owens is the Editor at Large of Philadelphia magazine and CEO of Ernest Media Empire, LLC. The award-winning journalist has written for The New York Times, NBC News, USA Today and several other major publications. Follow him on Facebook, Twitter, or Instagram and ernestowens.com.