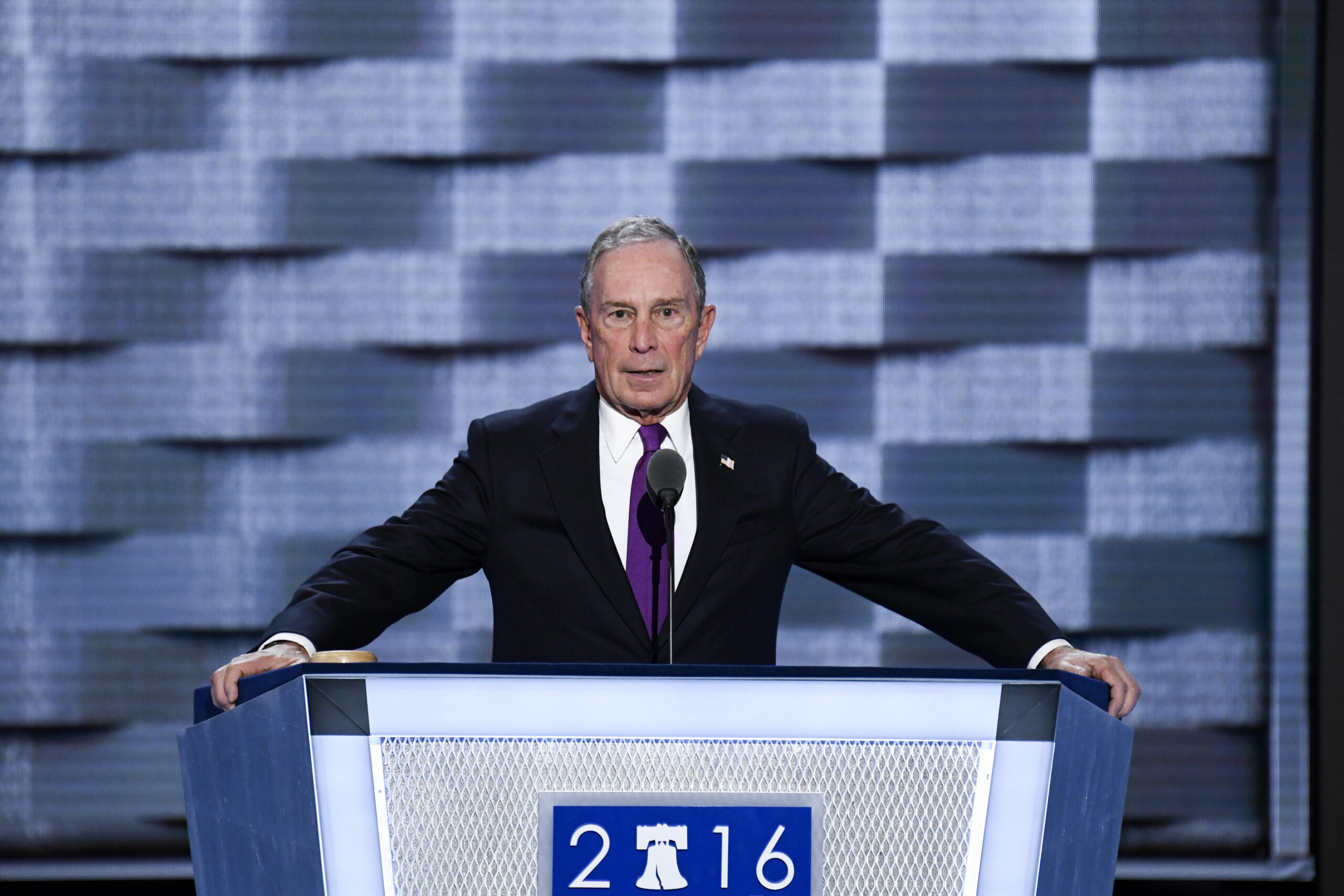 Michael Bloomberg Speaks on Donald Trump at the Democratic Convention

Given my background, I’ve often encouraged business leaders to run for office because many of them share that same pragmatic approach to building consensus, but not all. Most of us who have created a business know that we’re only as good as the way our employees, clients, and partners view us. Most of us don’t pretend that we’re smart enough to make every big decision by ourselves. And most of us who have our names on the door know that we’re only as good as our word. But not Donald Trump.

Throughout his career, Trump has left behind a well-documented record of bankruptcies, thousands of lawsuits, angry shareholders, and contractors who feel cheated, and disillusioned customers who feel ripped off. Trump says he wants to run the nation like he’s run his business. God help us.

I’m a New Yorker, and New Yorkers know a con when we see one! Trump says he’ll punish manufacturers that move to Mexico or China, but the clothes he sells are made overseas in low-wage factories. He says he wants to put Americans back to work, but he games the US visa system so he can hire temporary foreign workers at low wages. He says he wants to deport 11 million undocumented people, but he seems to have no problem in hiring them. What’d I miss here?!

I understand the appeal of a businessman president. But Trump’s business plan is a disaster in the making. He would make it harder for small businesses to compete, do great damage to our economy, threaten the retirement savings of millions of Americans, lead to greater debt and more unemployment, erode our influence in the world, and make our communities less safe.

The bottom line is: Trump is a risky, reckless, and radical choice. And we can’t afford to make that choice.

Now, I know Hillary Clinton is not flawless; no candidate is. But she is the right choice — and the responsible choice — in this election. No matter what you may think about her politics or her record, Hillary Clinton understands that this is not reality television; this is reality. She understands the job of president. It involves finding solutions, not pointing fingers, and offering hope, not stoking fear.

There is no doubt in my mind that Hillary Clinton is the right choice this November. So tonight, as an independent, I am asking you to join with me — not out of party loyalty but out of love of country. And together, let’s elect Hillary Clinton as the next president of the greatest country in the world, the United States of America. Thank you.