Memorial Service for William R. Howard, A Man of the People
Advertisement 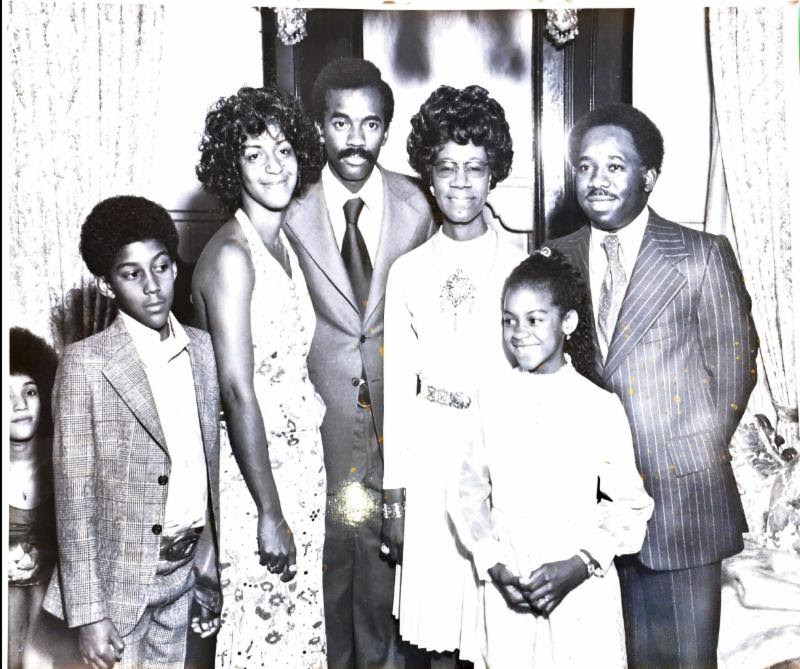 On August 15, 2018, a memorial service was held for William R. Howard (July 23, 1943 – August 5, 2018) at Lawrence H. Woodward Funeral Home. Mr. Howard tended toward a serious countenance but had a heart of gold. Howard was an accomplished businessman, political strategist and supporter of Brooklyn’s Caribbean-American culture. Friends of Broward Park President Robyn Berland described him as, “…the kindest, sweetest man. He worked for Shirley Chisholm and was the President of the West Indian-American Day Carnival Association (WIADCA). We worked to develop the Shirley Chisholm Circle in Broward Park, which consists of a pedestrian walkway, monument and memorial tree.” To become the president of WIADCA speaks volumes about Howard’s love of Central Brooklyn and its people. Born and raised in North Carolina, he was very much a man of the people who strived to do good and worthy work.

Howard’s school history included attendance at Marine Corps Base Quantico Complex in Virginia and the American Institute of Banking. He earned a Certified Trust and Financial Advisor designation, ABA, and Certification in Teller Management. Howard did a one-year stint in the US Air Force in 1963. Apparently, his finance talents were notable to the extent that Wesley McDonald Holder, an accomplished political strategist, approached Howard to serve as Finance Chair for Shirley Chisholm’s run for US Congress. He was 23 years old.

Mrs. Chisholm’s political astuteness and character impacted Howard greatly. Chisholm opened many doors for Howard. He, in turn, dedicated himself to upholding her work and memory. He accomplished getting a post office in Crown Heights named in Chisholm’s honor, a commemorative US postage stamp put into circulation, and established the Shirley Chisholm Cultural Center. A child care center is named in her honor given her career in early childhood education and the aforementioned Shirley Chisholm Circle in Broward Park. He was instrumental in Chisholm receiving the Presidential Medal of Freedom posthumously from U.S. President Barack Obama. Most recently, U.S. Rep. Yvette Clarke introduced legislation HR 4856 to bring a statue of Congresswoman Shirley Chisholm to the United States Capitol.

Howard’s business successes include being Vice President of the Metropolitan Savings Bank, serving as Vice President for Finance at Equitable Life Insurance Company, and as Finance Committee Chairman for Brooklyn Jewish Hospital (Interfaith Medical Center). From 1983 to 1995 Howard was a City University of New York board member.

His memorial service quickly became standing-room only. The opening prayer was made by Father Louis Pascal; Rev. Dr. Valerie Durrah said the prayer of comfort; Scripture readings were performed by Barbara Bullard; Sage Howard, accompanied by her younger family members, read the obituary. Rev. Dr. Herbert Daughtry gave the eulogy in which he said, “Some think to cry is an absence of faith…that is not so. When I die, I don’t want a dry eye. No tears, nothing in the will [for you]. I want a long sermon.”

Many people shared their memories of Mr. Howard. Mary Alexander said, “I knew him as someone in the community and as the President of the Caribbean-American West Indian Day Parade.” Steven Swan, a retired banker with Metropolitan Savings Bank, commended him for being a banker and community leader.

Public Advocate Letitia James extolled his leadership among leaders. Howard organized the breakfast for the West Indian-American Day Carnival Parade on Labor Day. “He knew that each breakfast attendee would want to make remarks. It was Howard that put the order of oration and kept speeches to a few minutes.”

NYC Comptroller Scott Stringer recognized Howard for his giving to others. Jay Hershenson, Vice Chancellor of the City University of New York, remarked how Howard championed Medgar Evers College and its financial needs. Cheryl D.B. Murphy, head of the West Indian Carnival Association in Jersey City, acknowledged Howard’s camaraderie in the effort to promote Caribbean culture and celebration. Ionie Pierce, the new President of WIADCA expressed, “The WIADCA family is deeply saddened by his passing.”

Retired Congressman Charles Rangel surprised many in attendance by his presence. Still exuding vitality, Rangel strung pearls of honor around William Howard’s lifework and accomplishments. NYS Assembly member Rodneyse Bichotte bestowed the Howard family with a proclamation. It described his success in uniting the Caribbean community in Brooklyn, thanked his family for “lending him to us and commended him for his ability to making New York a more inclusive community.”

His wife, Cordelia Howard, penned “A Wife’s Prayer for Her Husband.” A portion of it follows:

“I ask you to make the path for my husband straight. Tear down all old and new habits that are not you…Drench his heart, mind, spirit and overwhelm him with Your presence. Help his faith to increase. Create a desire for You, Lord Jesus, in his heart.”

Waffle House Hero Who Disarmed Gunman in Tennessee to be Honored During Madiba Humanitarian Award Event on October 13, 2018