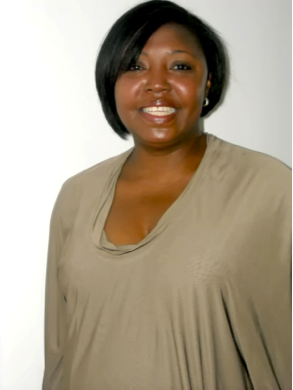 March arrives this week along with its typical offerings. It is Women’s History Month. It is March Madness and the NCAA Tournament  It is vernal equinox time and the year’s first Retrograde Mercury cycle. Look out for Daylight Savings Time on March 11, St. Patrick’s Day on 3/17 and Palm Sunday 3/25.

ALBANY, NY: All branches of government and politicos from both sides of the aisle attended most of the official and private parties at the Annual NYS Association of Black and Latino Legislative Weekend Conference in Albany on February 16-18. This year, New Yorkers will vote for NYS Governor, Lieutenant Governor, Attorney General, Comptroller and for congressional reps. US Senator Kirsten Gillibrand is running for reelection. NYS Assemblymen and Senators are also on the ballot. So, 2018 is a midterm year, and a very busy one.  NY incumbents Governor Cuomo and Lieutenant Governor Kathy Hochul were ubiquitous and gracious hosts during the weekend.   Hochul was endearing herself to downstate Blacks and Latinos. Hochul will have an African-American Primary opponent downstate, NYC Councilman Jumaane Williams, from Brooklyn, who is a rising star in downstate Democratic politics. NY: The #METOO movement spread like an epidemic all across the United States since its inception. Its message normally is loud and clear, and many men have suffered consequences unimaginable a year ago. Albany, NY is tone-deaf or does not give a damn about #METOO. A young political aide alleged that NYS Senator Jeff Klein involuntarily French-kissed her in front of a bar and nothing has happened.  Senator Klein heads the rogue Democrat group, the Independent Democratic Conference, formed in 2011, which caucuses with the Senate GOP minority, giving the latter majority status. Klein’s power as the head of the IDC in Albany, has grown astronomically.   A real power broker in the Senate, Klein has become the 4th person in the “Three Men in A Room” power circle, which makes everything happen in Albany. Three men in a room used to be the governor, the Assembly Speaker and the Senate Majority Leader. Now it includes rogue Senator Jeff Klein, who cannot be contained by the Democrats. He ignores their leaders and enjoys great independence.   Will Albany do something about the former Senate aide’s claim about Klein’s alleged forcible kissing episode in 2015.  Many powerful men have fallen

like trees because of untowards behavior towards women. The IDC takes power from everyone who voted for a Democrat. In addition to the untouchable Klein, the Independent Democratic Conference members are Jesse Hamilton, Marison Alcantara, Jose Peralta, Diane Savino, Tony Avella, David Valesky and David Carlucci. Most of them will have Primary challengers this year.   Klein is like Teflon.

The Carver Federal Savings Bank sold its Harlem headquarters, located at 75 West 125th Street, for $19.4 million to CHOMPOL, a subsidiary of Gatsby Enterprises. Founded in 1948, Carver Federal Savings Bank is the largest African-and Caribbean-American-managed bank in the USA. When it opened, its welcome mat attracted Black customers and depositors. It offered mortgages for adults and a Xmas Club for children. For 60 years, Carver has been positioned on 125th Street, Harlem’s main commercial corridor until Freedom National, a commercial Black bank, opened in the 60s, until it folded in the 70s. Today, Carver Federal Savings boasts nine NYC branches in Harlem, Brooklyn and Jamaica.

Three commercial banks commit $40 million for use by NYC for a loans initiative targeted to minority- and women-owned businesses.   The donor banks are Amalgamated, which will put up $20 million; TD and Bank of America will each put up $10 million.   NYC has already invested $20 million toward this revolving loan fund.

INTERNATIONAL AFFAIRS NIGERIA: More than 100 Nigerian schoolgirls are missing after a suspected Boko Haram attack last week at the Government Girls Science Technical College in the Yobe state, which is approximately 170 miles away from the Chibok School where close to 300 schoolgirls were abducted in April 2014. SOUTH AFRICA: A special edition of Africa.com reports updates on new South African President Cyril Ramaphosa and his cabinet reshuffling. The following is a truncated list of his new top ministers: Nhlanhla Nene-Finance; David Mabuz-Deputy President; Pravin Gordhan-Public Enterprise; Knosazana Dlamini-Zuma, Minister in the Presidency, Zuma’s ex-wife; Lindiwe Sisulu-Foreign Affairs; Gwede Mantashe-Mineral Resources. Cabinet choices seem to be a mix of politics and strategy in an attempt to satisfy diverse factions within the African National Congress Party, whose popularity has eroded during the Zuma years. National elections are scheduled for next year.

ARTS AND CULTURE Congrats to the multiple recipients of awards during Black History Month 2018. They include Professor/author Herb Boyd for his books, “By Any Means Necessary: Malcolm X Real,” “Not Invented” and his latest book, “Black Detroit: A People’s History of Self-Determination”   and author/historian Grant Harper Reid for his books, “Rhythm For Sale,” about the Harlem Renaissance through the lens of his grandfather’s experience and “The Harlem Bible,” who were honored by the NAACP Mid-Manhattan Branch on behalf of its Founders’ Day Award.

BLACK PANTHER devotees are encouraged to read Milton Allimadi’s blackstarnews.com essay “Real Wakanda – A Battle of Adwa, Searching for Heroes & Liberators and the Political Economy of ‘Black Panther’,” which is both commentary and review, and I would add, a prequel to this celluloid wonder.

RIP: Lerone Bennett, 89, died last week. Black American historian and journalist who worked at Johnson Publications for decades, first with Jet magazine, then Ebony, where he landed as executive editor.  A prolific author, he wrote BEFORE THE MAYFLOWER, a nonfiction work about Africans in North America before the Mayflower arrived.     He also wrote “What Manner of Man: A Biography of Martin Luther King, Jr.”

RIP:  Bill and Camille Cosby’s daughter, Ensa Cosby, 44, died from renal disease.   One of the Cosby’s five children, she is survived by her parents and sibling Ericka, Erinn and Evin.

A Harlem-based management consultant, Victoria can be contacted at Victoria.horsford@gmail.com.