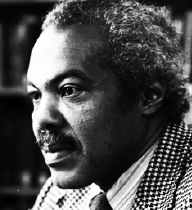 When I was in the 8’s* at the Little Red Schoolhouse, a very progressive private school in “the city”, we had projects for Black History Month. I was part of a team of two. Our project was Sojourner Truth. After school, my teammate and I would go to her house and work on our “project”. One day her father was listening to us discuss how best to present our material and he said: “Why Black History Month? Why don’t they have a White History Month?” Neither his daughter nor I knew what to say. It seemed quite reasonable. Why should Blacks have a whole month to themselves? I was a grown-up before I realized….because whites have all twelve months and we are excluded from eleven of them.

Wouldn’t it be wonderful if we didn’t need a Black History Month? If Black history was part of the traditional American curriculum and if African history were as much a part of it as European history?

How often are they included in the history books? If it weren’t for Howard Zinn, we would all be led to believe that heroic, white men were the only “founders of this nation”.

Not to mention Jesus Christ. Talk about exclusion. For most of my life Jesus Christ is portrayed as a wussy-looking white man with long, often golden, locks. His skin is always what Crayola crayons used to call “flesh”-colored, and his hair always long and straight.

Even in “Jesus Christ Superstar”, where they acknowledge that Judas is a man of color and of the same ilk as Jesus, the parts are played by two different races. Judas is Black and Jesus is white, yet both are Hebrews.

There are very few descriptions of what Jesus looked like in the Bible. The few that there are makes it clear that he was a man of color.

In Revelation 1:14, 15 – His head and hair were white like wool, as white as snow, and His eyes like a flame of fire; His feet were like fine brass, as if refined in a furnace, and His voice as the sound of many waters;

Now, of the three races, only one of them, that I know of, has woolly hair, mine. How can there be any doubt that the man was one of African descent? Many people who are so afraid that Jesus could actually be a Black man, have said that since the description says that the wool hair was white as snow that it could be that of a halo over his head. Okay, that seems illogical, but even if it were true, why this second reverence to woolly hair in Daniel?

Daniel 7:9 – I beheld till the thrones were cast down, and the Ancient of days did sit, whose garment [was] white as snow, and the hair of his head like the pure wool: his throne [was like] the fiery flame, [and] his wheels [as] burning fire.

So, now, let’s talk about skin. Crayola does have a brass color and it is definitely a far deeper hue than their “flesh” color.

Once again, those who claim that Jesus looked like a fey Italian and couldn’t possibly have even one drop of Black blood in him, have trouble when the brass; i.e., brown skin tone, comes up again in Ezekiel.

Ezekiel 40:3 – And he brought me thither, and, behold, [there was] a man, whose appearance [was] like the appearance of brass, with a line of flax in his hand, and a measuring reed; and he stood in the gate.

Why is it that the very thought of Jesus being a man of color, a man with African origins, makes people frightened? Why is it that including African-American heroes in history books makes history writers so fearful that they exclude them altogether?

When I taught American History at Brooklyn’s Wingate High School, the history book, which was the text for the school, had one paragraph on slavery from the viewpoint of the slave and it said that the slaves were happy with their lot because they had a free place to live and three meals a day. That is not an exact quote, but almost. It did not mention Salem Poor, Peter Salem, James Armistead Lafayette and their heroic activities during the Revolutionary War despite the fact that George Washington did not want Blacks to be in the military. It did not mention William A. Jackson, Robert Smalls, Miles James, Andre Callioux or James Stanley Gardner and how they participated in the Civil War.

If you never heard of these guys, it’s not your fault. They are totally excluded from the traditional American History curriculum.

Soldiers from Dog Company of the 761st Tank Battalion check equipment
before leaving England for combat in France in the fall of 1944. The 761st
Tank Battalion was the first African-American tank battalion to go into
battle.

There were one million Black soldiers in the segregated Army of WWII. They had to listen to General Patton routinely refer to them as “niggers” and keep on fighting for this country which was supposedly so democratic.

It was the all-Black, 800-man, 761st that liberated the Buchenwald and Dachau Nazi-run Jewish death camps. That feat is not recorded in your history books because it was not recorded by the Army, an oversight, I am sure.

If you want to know who any of those people mentioned above are, you have to Google them yourself. The number of Black people excluded from history is so long that it will take you more than a month to become familiar with them.

My aunt Rachel West (Dorothy West’s mother) claimed everybody she liked was Black from Beethoven to Dinah Shore. She did this because there were so many Black people excluded from history or “whitened” by historians that it seemed logical to assume that if she liked ‘em, they were one of hers. Legitimate African-American historians spend hours trying to prove that George Washington was partially Black or J. Edgar Hoover. We don’t need those luminaries on our side of the ledger, we have celebrities far more brilliant than they; the trouble is, our celebrities are not celebrated.

What is it that European-based historians fear so much that they often fudge Black lineage? History writers would rather paint a portrait of Thomas Jefferson as a homosexual than having Congress with a Black child. One might think that historians don’t want to paint a portrait of a redheaded child abuser (after all, Sally Hemmings was only 14 years old), but the real answer is they just don’t want to acknowledge all those generations of Black Jeffersons which followed.

What is the big fear? What is the advantage of keeping us out? What do you gain by institutionalized racism? What do you get when you repeat over and over that we are a “less intelligent” and “violent” people?

Julian Bond said it best when he said:

“Violence is Black children going to school for 12 years and receiving 6 years’ worth of education.”

This is not the ranting of a man with a chip on his shoulder, this is a fact.
This is an intelligent, educated and really funny man who said that “Harvard is the Morehouse of the East”.

He had a way of telling people that Black people were not “just as good as”, that we were superior in a panoply of ways which never even occurred to them.

Could that be what traditional historians fear? That we are superior?

It is easy to forget how resilient and brilliant we have had to be and still are. If others had been dealt our hand, they probably wouldn’t have made it.

It can be scary to say that Black lives are superior, and one can easily take a lot of flak for just saying it aloud, but Julian had a way of saying it that made sense and as a result, made people feel comfortable. If European historians don’t feel comfortable, they can totally erase your entire lineage.

Black lives don’t just matter, they are essential, they are strong, they are intelligent and…superior. Only Julian had the finesse to put those thoughts into words that people could swallow.

When my fellow classmate, Jean Carey, married Max Bond and her name changed to Jean Carey Bond, it never crossed my mind that her husband was Julian Bond’s cousin. To be married to Max was spectacular enough; to have Julian in the same family was an extravaganza too rich for me to take in. To this day, each time I see Jean, I stammer and sputter as if she were a rock star (which she is).

Julian was my hero because he understood the economics of poverty (for all), he understood root causes and, not to mention, he was easy on the eye.

It will take me a while to get over his passing on. Let’s hope others like Van Jones will replace him.

As Jenny Laing Cooper, the white British historian said: “(African-American Black people that is) ARE better because they have come upright through all the shit they have put up with over the years – and still brilliant in too many ways to tell.”

Spiritually, slavery was worse for white people than it was for Blacks. It gave white people a callus, unfeeling attitude towards their fellow man which has lasted for many generations, and for some, to this very day. Spiritually, slavery gave Blacks the necessity of hope and empathy which has enabled them to adjust and survive. The ability to make adjustments is the very definition of intelligence. So, let’s have a Black History year. Let’s include the accomplishments of Black people in all of our historical writings all year long.

* The 8’s is equivalent to 3rd grade in public school…It is the class for 8-year-olds.

Ed Gordon vs. Omarosa at the NABJ Convention!