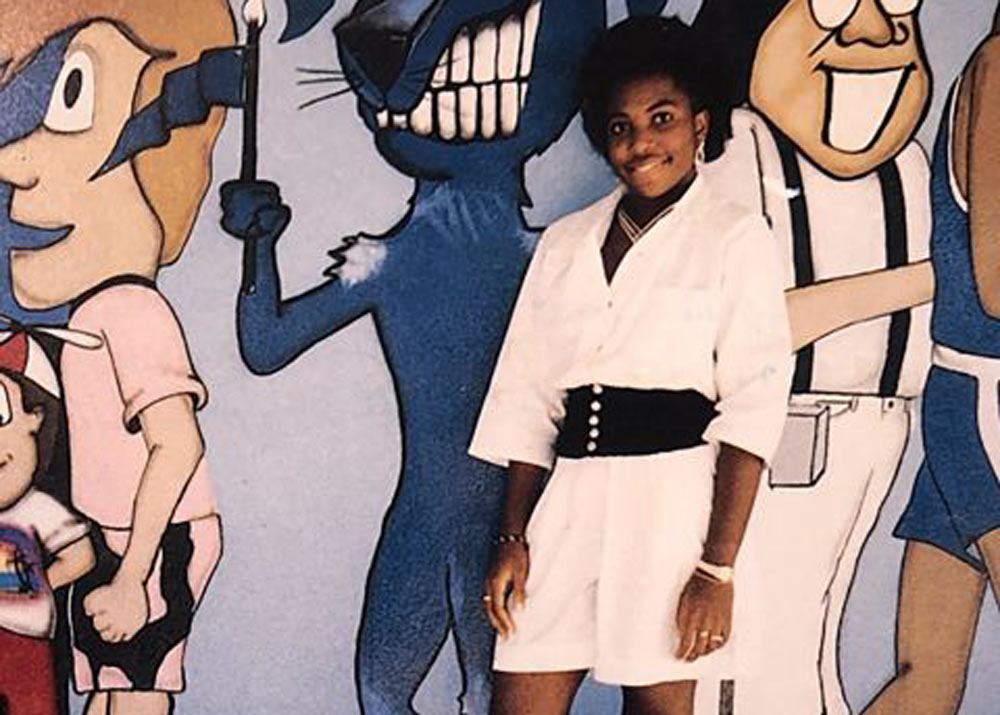 Ketanji Brown Jackson posed for the Miami Palmetto Senior H.S. yearbook photo in 1988, when she was class president. Now, as U.S. Supreme Court Associate Justice, she is still ahead of her class.

In his reflections on Ketanji Brown Jackson’s first argument on the court, Ian Prasad Philbrick writing in The New York Times on October 16, 2022, highlighted the judicial jujitsu Justice Jackson used in her argument, wielding the power of an “originalism” interpretation of the constitution to combat the conservative majority who thought that interpretation was always on their side.

The accompanying chart of words spoken by each justice as they first came on the court shows that Justice Jackson will be a powerful presence on the court.
Mr. Philbrick writes, “Ketanji Brown Jackson has spoken more extensively than other newcomers to the Supreme Court have.

“One of the points she made concerned a case about Alabama’s new congressional map. A lower court ruled that the map had diluted Black voters’ power. To counter conservative suggestions that the Constitution is meant to be race-neutral, and thus doesn’t offer special protections for those Black voters, Jackson made the case that the historical context of the 14th Amendment, to protect formerly enslaved Black people, was explicitly race-conscious. Her comments got a lot of attention. Why?

“Her remarks aligned with originalism, an approach that seeks to interpret the Constitution as it was understood at the time it was adopted. The theory is generally associated with the conservative legal movement. So it was striking to hear Justice Jackson’s remarks in the Alabama voting-rights case because they were an avowedly originalist exposition of the meaning of the 14th Amendment, which was ratified in 1868, during Reconstruction. ‘I don’t think that the historical record establishes that the founders believed that race neutrality or race blindness was required,’ she said.

“The justices’ interpretation of the 14th Amendment, which many conservatives say bars all racial classifications by the government, will figure not only in the voting case but also in challenges to race-conscious admissions programs at Harvard and the University of North Carolina, which the court will hear later this month.”

Speaking further about the intent on the 14th Amendment, Jackson said, “they were, in fact, trying to ensure that people who had been discriminated against, the freedmen during the reconstruction period, were actually brought equal to everyone else in the society.” She said that “the entire point of the amendment was to secure rights of the freed former slaves.”