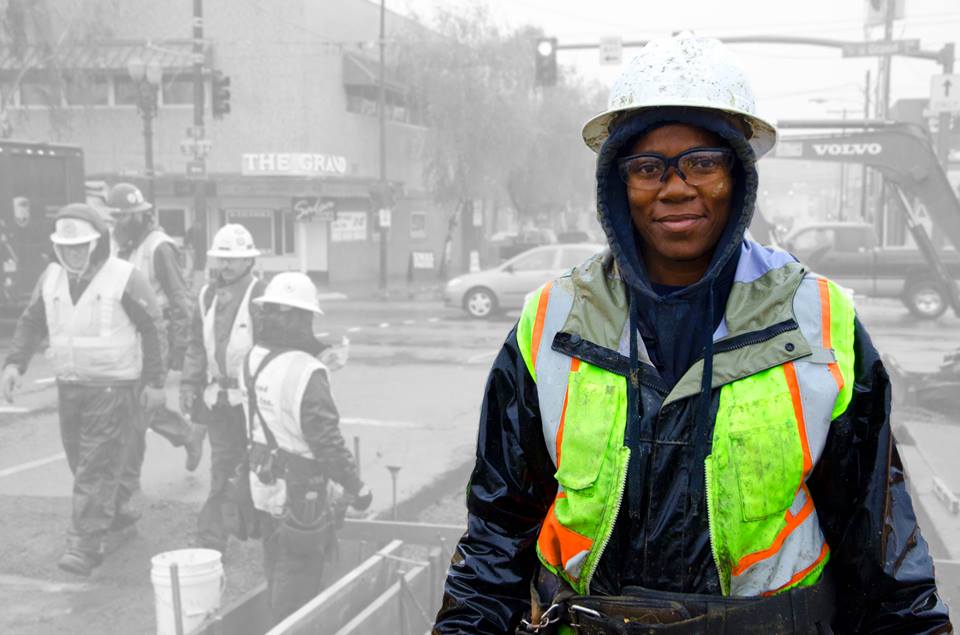 Intermittently covering the proceedings of four Brooklyn Community Boards each year is an opportunity to learn about different community concerns and plans. It is also an opportunity to observe the distinct “personalities” of each Community Board. Yes, these 52-member bodies have distinctive ways in carrying out business while following the Robert’s Rules of Order. One may be raucous while another is staid. Community Board Z accepts questions and comments from local residents and businesses throughout the proceedings while Community Board Y recognizes board member questions and statements throughout the meetings and reserves time for local residents and businesses for comments during the latter segment of the meeting.

On December 3, 2018, Brooklyn Community Board No. 3 (BK CB3) held its general meeting within the Billie Holiday Theatre, located at 1368 Fulton Street. Those present included Mr. Richard Flateau, the Chairperson, and Mr. Henry L. Butler, BK CB3’s District Manager. BK CB3 was able to conduct business due to having a quorum consisting of 37 board members. Proceedings included an informational presentation about the Equality Opportunity in Construction Initiative, an organization with the mission to get more persons of color trained and qualified to work in the construction trades.

Economic Development Committee Chair Tywan Anthony introduced the organization to its Executive Director Andrew Lassalle. Mr. Lassalle advocated for more Black and Brown people getting into the construction trades because these jobs are paid well and a high school diploma or high school equivalency was the essential academic requirement. Lassalle compared the construction job programs promoted to young white adults during the 1940s to the dearth of such programs in the 21stcentury for people of color.

Lassalle said, “Black and Brown people are not getting equal access to construction projects. He pointed to the apprentice programs as one of the barriers. “The apprenticeships are rarely offered and [last] for a short time. Completing OSHA-10 training is required to walk into a construction site. OSHA-40 is most desired for full access to the site and various jobs. However, OSHA-40 is expensive. Then there is the process of acquiring a union card and the long wait to get a job.” For example, one worker may have all the needed qualifications but may wait several months for a job that lasts one week.

Mr. Lassalle and Mr. Anthony acknowledged the challenges but know being active in breaking through the barriers is essential. At the close of the presentation, Committee Chair Tywan Anthony asked people to talk to Mr. Lassalle about a job and his business card before he left the CB3 meeting.

Following the informational presentation were two public hearings, both coming out of the Economic Development Committee. The first item was an application for a full liquor license for Punch Drunk, LLC d/b/a Uncle Fred’s, which would operate from 517 Decatur Street. James Freeman, the chef, and John DePiper, the owner, were present to request a letter of support. James Freeman discussed his previous work at Featherweight and Sally Roots eateries. Freeman explained his tendency to support local artists by hanging their work on the walls of the eateries and participating in career days at local schools.

Mr. Freeman offered to give CB3 board members free cocktails to encourage their patronage. Dr. Debra Lamb, a CB3 board member, explained that the offer of drinks to CB3 members was a conflict of interest. Freeman apologized for the mistake. Mr. DePiper, the business owner, presented himself before the body to make clear his presence and role in the business. Uncle Fred’s will operate Sunday-Wednesday at 12 noon-2:00 AM and Thursday-Saturday at 12 noon-3 AM. The business will hire 15 local residents, five of which will work in the kitchen. The venue will be sound-proofed.

The second item was another application for a full liquor license for Saladari, LLC, located at 333 Tompkins Avenue between Gates Avenue and Monroe Street. Mr. Joseph Levy, representing the LLC, explained that the property currently did not have a building constructed on it. The plan is to construct one where there will be seating for “50 people on the upstairs and seating for 70 people downstairs.” Levy estimated the construction would be completed by late spring/early summer 2019. Levy presented a list of signatures from local churches and residents who were in favor of the project. CB3 members voted on whether to give a letter of support wherein the voting results were 29 in favor, 8 opposed and 0 abstentions which resulted in Saladari, LLC being approved for a support letter from CB3. The vote on Punch Drunk, LLC d/b/a Uncle Fred’s request for a support letter from CB3 was 25 in favor, 11 opposed and 1 abstention. This item will receive also a CB3 support letter.

The public hearings were followed by community announcements which included Demetrice Mills, President of the Brooklyn Queens Land Trust (BQLT) and April Green, a new BQLT board member who notified the public that there are five openings within the board of directors. BQLT has 37 community gardens with more waiting to be added. BQLT is the largest community garden land trust in the world and has received $400,000 from the Vital Brooklyn Program. Mr. Mills announced also that he will step down from BQLT in order to move to North Carolina to farm.

Tanya Velasquez, Health Educator, described the chronic pain epidemic. Velasquez is concerned that “a lot of evidence-based practices are not reaching the public to do the pain education classes. Velasquez stated, “We are 17 years behind in spreading this information.” She offered the following contact information to read about chronic pain management: www.pinpointeducation.comand pinpointinformation@gmail.com.

Another announcement came from Mr. Freeman, operator of Sugar Hill Restaurant on the northeast corner of DeKalb Avenue. Mr. Freeman explained that he did not own the establishment but has (a long time) operated a nightclub and hired many local people. He seeks help in keeping the restaurant operational and under his management. This notice was followed by Maria Sanchez, New York University Graduate School of Health student. Sanchez advocated for the reduction of food waste by donating the food to various organizations. Sanchez explained that her graduate school was in the process of establishing a food donation web portal to facilitate the resource transfer.

Note: This story is not inclusive of all the night’s CB3 proceeding

Walker Gems: How a fashion icon shares life lessons with her community