A Death in Brooklyn #1
Advertisement 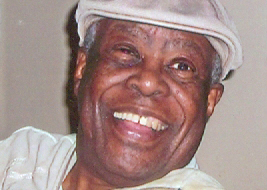 Our Time Press expected to meet 82-year-old Mr. Kenneth Anderson of 145 Clifton Place on Thursday, February 23 — after we had closed the door on the issue for that day.

We had confirmed in a phone call, as a favor to a friend, that we would talk to him about his story — another in the continuing reported sagas of theft of property involving mostly families and residents of color as victims; a story about house-thieves using false deeds and legal maneuvers to prey on vulnerable homeowners to steal their homes, legacies and dignity.

Mr. Anderson’s tone was cheerful when the publisher spoke to him by phone, as he had great expectation that a March 7 court date would be the turning point in his life.  A life overshadowed by reverse mortgages he said he never requested on his fully-paid-for property.    This narrative has been continuing for nearly two decades and now an LLC, using his address in their name, has forced his tenants from his dwelling. Mr. Anderson believed that sharing his story would inspire others caught up in a similar nightmare to find inspiration to fight back.

Neighbors on the block described Mr. Anderson as a humble person, and not one to seek media “celebrity.”

On Wednesday, February 22, as we worked on deadline, a phone call informed that Mr. Anderson had passed in his home.  The announcement struck us hard; it almost as though we had known him for years.

Three minutes later we were standing in front of his red-painted house where his body lay, and officers from the 79th did their work. A group of men and one woman stood outside.

Soon after the medical examiner showed up and noted comments from his neighbors.

We met friends who always stood watch at 145: Lonnie Smith – who did Mr. Anderson’s handiwork and repairs; Lonnie Nixon, who checked on him and brought him breakfast and the papers; and Wendell, with whom he also communed and shot the breeze, were caretakers as well as his guard.

We saw Mr. Anderson in the eyes of his friends, who were his caretakers, as well. Even before Smith told us Anderson “died of stress,” we knew we had to keep the appointment set for last Thursday (23) to gather information for Mr. Anderson’s story.

We knew these men would speak for their ace, their brother, their patriarch, and encourage others on the block to do the same.

Speak, they did.  About how Mr. Anderson’s life (and they named names) became entrapped in what he considers a lawless, corrupt underworld ruled by sneak thieves whose livelihood centers on pilfering land, trust, deeds and signatures from the elderly and the innocent.

But Lonnie Smith is determined not to let death … or its human facilitators … be proud in this moment. With Nixon, he is determined to go the distance Anderson intended to trudge.

Death may have come to their friend naturally.  But it happened during circumstances, they say, that were most unnatural. “Not on my watch,” Smith told us. “I will not let this go down. Not like this.”

Going down like this, said Smith, means that Mr. Anderson will triumph and win his case.

The 79th helped Smith and Nixon contact Mr. Anderson’s direct next of kin, his “beloved” brother Nigel Foster who is flying from his home in Bermuda to New York tomorrow morning, Tuesday, February 28.

Tomorrow evening, Smith, Nixon and others in Mr. Anderson’s Clifton Place crew will attend a performance of August Wilson’s “Jitney” production running through March 10 on Broadway.

The play is part of the acclaimed series of Wilson’s powerful theatrical affirmations of the lives of everyday people in different time periods.

Viola Davis, in her Oscar-winning speech last night (for “Fences”), cheered the playwright “who exhumed and exalted the ordinary people.”

Starting our story off through the perspectives of Mr. Smith, Mr. Nixon and Wendell, anchored by the vision and art of Wilson, is a good place to begin. Justice for beleaguered homeowners in gentrifying areas around the nation just may come from ordinary people with extraordinary compassion.

Ultimately, Mr. Anderson’s own story is about the triumph of indomitable love from the point of view of his soulmates who survive him. (More to come.)