Could All of New York City Be Designated
a Gun-Free Zone?
Advertisement 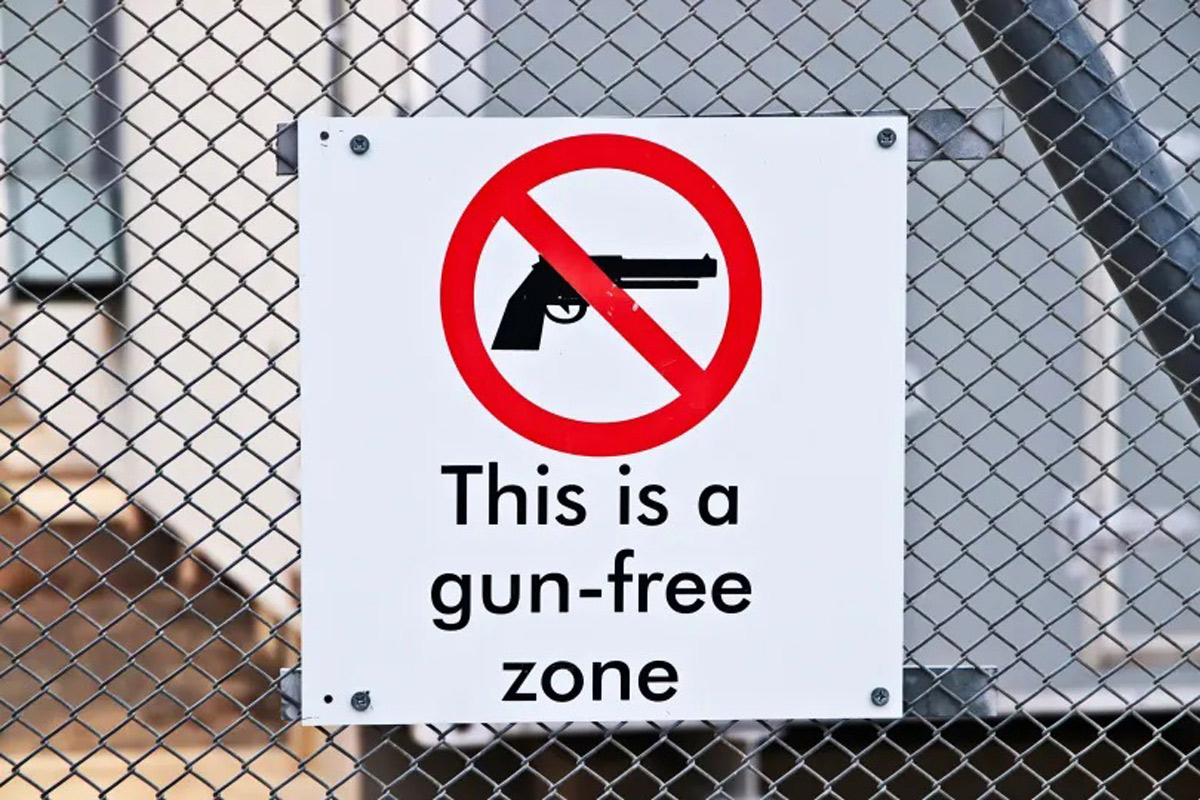 By a vote of 6 to 3, with the liberal justices dissenting, the court declared that New York’s laws requiring that gun owners prove they have a “proper cause” to carry handguns in public violated both the Second Amendment constitutional right to “keep and bear arms” and the 14th Amendment, which bars the impingement of citizens’ rights without due process.
In New York, both Mayor Eric Adams and Gov. Kathy Hochul have worried about the fallout from this long-expected ruling, warning that it could lead to a dramatic increase in the number of people walking around crowded spots like Times Square and the subways with legally permitted handguns.

In his decision, Thomas specified that states still have the right to create gun-free zones, though with limits. He rejected New York state’s argument that “the entire island of Manhattan” would qualify as a sensitive location.

That didn’t stop the City Council from suggesting state legislation today that would have the effect of dubbing the entire city of New York as a “sensitive location.”
Council Speaker Adrienne Adams said she’d sponsor a resolution calling for the state to “to designate U.S. Census-defined highest population density areas of public roadways, streets, sidewalks, and pathways where there are 10,000 or more people within one square mile as “sensitive locations.”

As a whole, New York City has a population density of over 28,000 people per square mile.
“Given the high density that characterizes most of NYC we need to significantly limit the harm,” she said at a press conference announcing the council’s resolution, which calls on the state to consider the proposal but isn’t legally binding.

Mayor Adams – who prior to the ruling said the case was “keeping me up at night” – vowed a legislative response as well, and his chief counsel, Brendan McGuire, mentioned the possibility of creating “sensitive locations” within the city.

McGuire said City Hall is looking at “every option available,” adding “that includes when we examine sensitive locations, and figuring out how can we, in a way that will most protect residents of New York City to the utmost extent, and how can we do so in a way that is consistent with the law, in a way that is reasoned and thoughtful in the way that we can protect those here in the city.”

Hochul said she was prepared to call a special session in Albany in July, though she didn’t spell out potential legislation, promising specifics will be provided to leadership and the media “in the short term.”

“If the federal government will not have sweeping laws to protect us, then our states and our governors have a moral responsibility to do what we can and have laws that protect our citizens because of what is going on – the insanity of the gun culture that has now possessed everyone all the way up to even to the Supreme Court,” Hochul said.

End to Century-Old Restrictions
The “sensitive locations” issue emerged when the case was argued before the court last fall. Several of the justices, including Amy Coney Barrett, Elena Kagan and Chief Justice John Roberts, brought up the possibility of allowing gun-free zones in particularly vulnerable areas.

The lawsuit, New York State Rifle and Pistol Association v. Bruen, was filed on behalf of two gun owners from a rural area in upstate New York, Robert Nash and Brandon Koch, who said their constitutional rights were violated when they were denied permits they requested to carry a handgun for “self defense.” Nash, for one, cited a series of recent robberies in his neighborhood and said he had been trained in the use of handguns.

Most states impose little to nothing in the way of restrictions on carry permits. New York’s laws, on the books since 1911, gave local law enforcement much leeway in determining who is eligible, requiring that applicants show that they are “of good moral character” and “have a legally recognized reason for wanting to possess or carry a firearm.”

Applicants specifically had been required to show “proper cause,” which could include providing substantive evidence that they faced a real and active threat to their safety.
In addition to New York, seven other “proper cause” states — California, Delaware, Hawaii, Maryland, Massachusetts, New Jersey and Rhode Island — have some form of qualification on who is eligible to carry a handgun in public, encompassing some 83 million Americans.
Several of these states are home to major American cities, including New York City (population 8.2 million), Los Angeles (pop. 4 million), Boston (pop. 689,000) and Baltimore (pop. 602,000) . The two plaintiffs, Nash and Koch, are from Rensselaer County, population 159,000.

Gun control advocates fear the court’s new ruling will lead to more people walking crowded city streets and entering the public transit systems of those cities with loaded firearms. They note the potential for disaster with multiple permitted handguns floating around New York City’s subways, in Times Square on New Year’s Eve, or during the Boston Marathon.
All eight states with such restrictions have low rates of gun violence, according to an analysis by Everytown for Gun Safety, the gun control non-profit funded by former New York City Mayor Michael Bloomberg.

THE CITY (www.thecity.nyc) is an independent, nonprofit news organization dedicated to hard-hitting reporting that serves the people of New York.