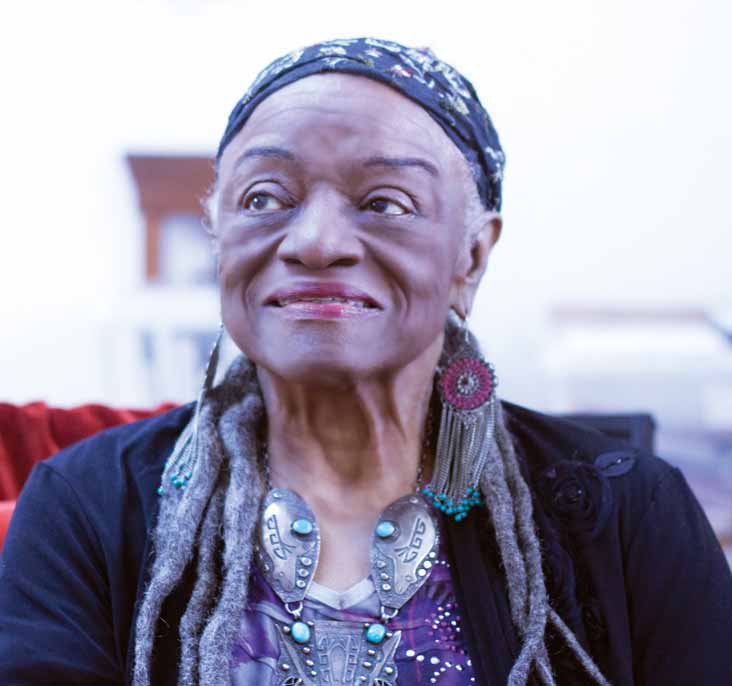 7:30PM FREE – Photoville: A Year Reflecting on Race and Diversity in America: Brooklyn Bridge Plaza at Water & New Dock Sts. Featured: several National Geographic photographers who contributed to a series on race and diversity, including Wayne Lawrence’s “The Stop,” a collaboration with ESPN’s The Undefeated about Black and Hispanic motorists pulled over by police and Ruddy Roye and Nina Robinson’s “A Place of Their Own,” about rising enrollment and student activism at HBCUs.

6:30PM Women of Color in the Film Industry: Union Film Trades: City College Shepard Hall, 259 Convent Ave, Harlem. FREE. Join Shawn Batey (Props), Michelle Marion (Camera), Allison Jackson (Sound), and Iris Ng (Electric) on how they got into their fields, their unions, and how/why you should too. Cosponsored with the Documentary Forum at CCNY and the Black Documentary Collective. RSVP @ https://bit.ly/2C5xYzt.

7PM Brooklyn Talks: Faith Ringgold, Brooklyn Museum 200 Eastern Parkway. Join the legendary Faith Ringgold, included in the special exhibition Soul of a Nation: Art in the Age of Black Power, as she discusses her work as an artist, activist, author, teacher, and parent from the 1960s to the present day. Ringgold’s illustrated lecture traces her career from the early 1960s— with political imagery and first-hand accounts of the Civil Rights Movement, through the evolution of a body of work containing more than a hundred paintings. $16. Tickets at showclix.com

10AM-4PM March for Black Women Location will be sent to registrants at Eventbrite. The Violence Against Women Act is set to expire on this date. This march, organized by Black Women’s Blueprint, directly follows the organization’s 9/29 march on the National Mall in D.C. Both call on Black women to cast #onevote for meaningful policies to end – gender violence, the persistent feminization of poverty, the growing Black female prison population, restrictions to citizenship and the deportation of Black and Brown people, and the threat to health care and reproductive justice. – FREE. blackwomensblueprint.org

IYA MADELEINE YAYODELE NELSON MEMORIAL @Brown Memorial Church, 488 Washington Avenue, BK. Sis. Nelson founded and directed the world-renowned Women of the Calabash company of percussionist/singers that has celebrated the music of Africa and the African diaspora for more than three decades.