Careers: You Can Do It, too! The Fletchers worked on the Space Launch System (SLS) the first rocket-ship that landed on Mars
Advertisement 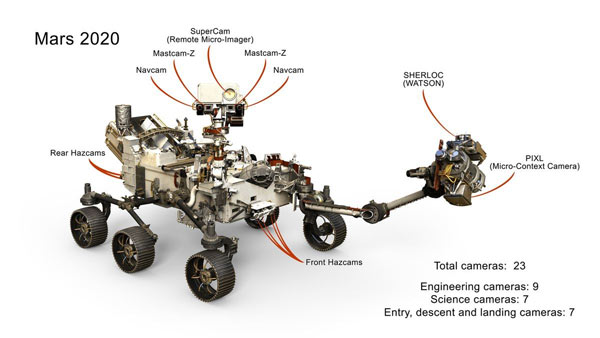 NO LIMITS to TIERA’S DRIVE
At age 11, Tiera Guinn Fletcher wanted to be an aerospace engineer. Fourteen years later, she is. During that time, Ms. Fletcher became a 2017 graduate of the Massachusetts Institute of Technology (MIT) with a bachelor’s of Science in Aerospace Engineering; a Boeing Rocket Structural Design and Analysis Engineer, specifically working on NASA’s Space Launch system in New Orleans, La. She is married to a fellow aerospace engineer and the couple has an infant son. She and her husband Myron Fletcher also helped put Rover on Mars.

Turning Points: Since the age of six, I’ve had a passion for mathematics, science, and technology. As an accountant, my mother encouraged me to delve deeper into my passion for mathematics. My mother gave me tasks such as calculating the total amount of groceries including price reductions from coupons and the addition of tax. At the age of eleven, I participated in a program by Lockheed Martin that taught the fundamentals of aerospace engineering. Aerospace engineering merged my passions of being an architect, inventor, mathematician, scientist and designer.

Myron Fletcher
Myron Fletcher grew up near Clinton National Airport. “Every day, I passed by the airport to go to school. I remember seeing the Boeing 747 takeoff and land. I was intrigued that something that big and heavy could fly. I developed an interest in aerodynamics at a young age and joined the science club in high school. I interned at NASA in Langley, Virginia during my senior year of high school and that’s when I knew that aerospace engineering was the field for me. Myron holds a double degree in Aerospace Engineering and Physics from Tuskegee University, as well as, a Masters in Engineering Management from Duke University.

Key Points: What would you say to someone who thinks that there is only a select few capable of doing big things?
MF: We place limits on ourselves and we put ourselves in boxes we were never designed to fit in. Within each of us, lies the tools that are necessary to do whatever we put our minds too. I was once told that if I could dream it I could achieve it. I wasn’t the smartest child in elementary school and I still remember the teachers who told me I was dumb and I would never amount to anything. This motivated me to prove others wrong. Live a life with no limits and always dream big. Remember, with dreams comes hard work.

NASA’s Space Launch System is the most powerful rocket ever created in history. I am honored to say that I have a part in that history. It is an honor to be able to look at a drawing of your creation and see it come to life as parts are being integrated and moved across the country.

Beyond Career, Community: The Fletchers are encouraging youth across the nation to get more involved in STEM, but more importantly set a goal in any field, reach for the stars and go for it. Check them out on Facebook.

Want to See NASA’s Rover Landing on Mars? Here’s How.
NASA’s Jet Propulsion Laboratory has posted an interactive 360-degree view of the Perseverance landing site on Mars in 4K resolution. It’s the latest jaw-dropping imagery to return from the mission, including that incredible video of the rover plunging through the Martian atmosphere before being “skycraned” down to the surface of the red planet. The Perseverance rover is designed to seek signs of life and better understand the ancient geology of Mars. It will spend at least one Mars year (two Earth years) exploring the area around the landing site. The 360-degree video can be seen at: https://www.nasa.gov/