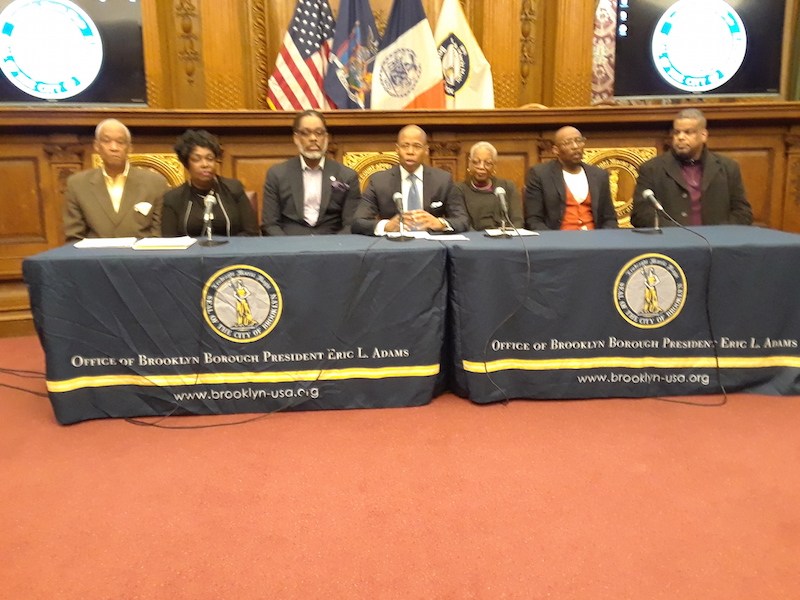 Brooklyn Borough President Eric L. Adams and City Council Member Robert Cornegy, Jr. (D-Bedford-Stuyvesant, Northern Crown Heights), the chair of the council’s Committee on Housing and Buildings, today called for a full-scale forensic audit and investigation on the federal, state, and city levels into the issue of deed fraud in the borough of Brooklyn, including the role that the New York City Department of Housing Preservation and Development’s Third Party Transfer (TPT) program.

The TPT program has been the subject of an evolving series of KCP stories documenting how the program has taken a number of black and brown properties that are fully owned and paid for with no mortgage. The series has also questioned the state judiciary system, and how only three judges oversee almost all of the foreclosure cases.