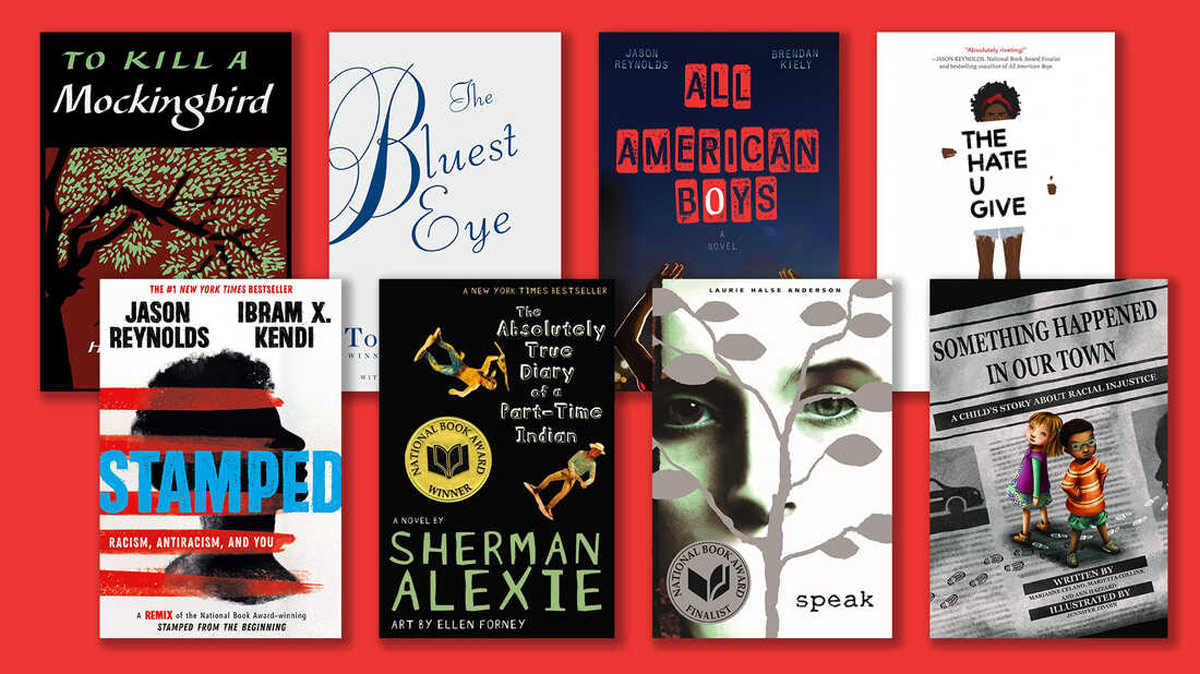 “The Hate U Give,” a young adult novel by Angie Thomas that tells the story of a Black teen who witnesses a police shooting and killing of her unarmed best friend, is a best-selling novel and award-winning movie. Still, this story has been on the top banned books list every year since it was published in 2017.
For Black teens living in communities around the US where books about racism and LGBTQA+ issues are banned from libraries and schools, “The Hate U Give” is the top requested book. The Brooklyn Public Library (BPL) has launched Books Unbanned to reach out to teens living in banned-book communities.

This virtual program allows nationwide young adults ages 13 to 21 to apply for a free eCard from BPL, unlocking access to the library’s extensive collection of half a million eBooks and audiobooks. Since launching in April 2022, more than 6,000 teens have applied for the card from all 50 states. However, most cards have been issued to teens in Texas, Florida, California, Pennsylvania, and North Carolina.
Jackson Gomes, Young Adult Internship Coordinator at Brooklyn Public Library, is part of a team of five librarians that launched Books Unbanned. As a Black librarian, he is sensitive to the needs of Black teen readers. “Teens are looking for representation,” he told Our Time Press. “Black teens want to see more Black authors who write about them. Even queer Black authors. They don’t see that type of representation, and there’s limited material because of this awful banning across the country.

“The teens are the ones that are dealing with this crisis. They go to the school library. Their classroom and the public library are not letting them check out books they are interested in reading. Specifically, they target people of color, Jewish, and LGBTQ+. Teens who identified as that cannot get books to learn about themselves.”
Books Unbanned welcomes all teens. “The teens would reach out to us and tell their experiences ranging from whether their English teacher told them they are not going to read that book in class or that they are unable to go to the library and take the book out,” said Gomes. “They would write stories to BPL and tell us about their experiences. Then we would look at the story and give them a digital library card. They were beyond grateful to us.”

The teens in Books Unbanned are diversity advocates. They have formed Intellectual Freedom Teen Council, a zoom group that meets one to two times a month with teens from New York and around the country to discuss social justice. “They came up with the hashtag #BooksUnbanned to help young people share their stories on social media when they applied for a card, and that became the project’s official name,” said Gomes.
At BPL, he heads two internship programs. Today’s Teens Tomorrow’s Techies, which has 80 teens each year, help seniors with computer classes and conducts tech workshops with teens. Also, the Librarians of Tomorrow project has teens shadowing librarians and learning the workings of a library.
Gomes, who holds a psychology degree from CCNY, started working at the library when he was 15. His family emigrated from the Cape Verde Islands when he was a child. His mother, concerned about his after-school activities, requested that he volunteer at the Sunset Park Library in his neighborhood. By age 16, he was a part-time employee. This summer marks 24 years of working at the Brooklyn Public Library. “I’m a lifer at the library,” said Gomes.

The Books Unbanned team from Brooklyn Library (BPL) was named Librarians of the Year by Library Journal this week, recognizing their tireless fight for the principles of intellectual freedom against an alarming rise in censorship.
Teens are invited to apply for Books Unbanned. All they need to do is send a note via email to BooksUnbanned@bklynlibrary.org or through the library’s teen-run Instagram account, @bklynfuture, describing the censorship challenges they are experiencing and why they feel libraries should have diverse collections. They are also encouraged to share videos, essays, and stories on the importance of intellectual freedom and how book challenges and bans have impacted their lives.