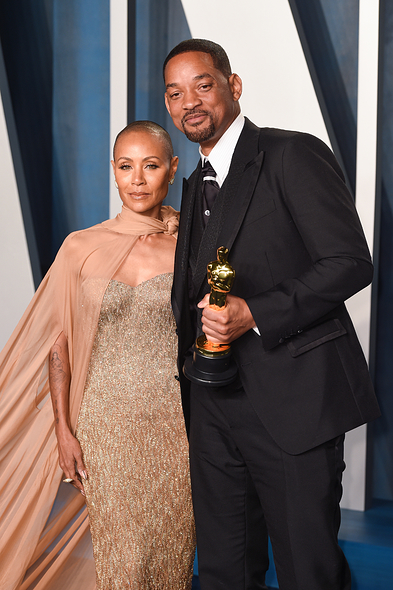 OPINION (TriceEdneyWire.com) – Chris Rock crossed the line when he ridiculed Jada Pinkett Smith for her alopecia in his mediocre Oscar performance last week. But I fell off the Chris Rock bandwagon years ago. His “humor” is too often misogynistic. He sometimes laughs so hard at his jokes that the rest of us can’t hear them. His Oscar-losing reference to a more than 20-year-old movie, GI Jane, was cringingly yawn-worthy, and it was unnecessary. Jada didn’t like it. She sat in the audience, in her glorious baldness, and rolled her eyes, which was all the response Rock deserved.

Will Smith took it to another level, charging the stage and slapping the spit out of Rock, finishing with a profanity-laced rant. No, Smith had no business striking Rock, and now he has had to pick up the pieces. At the same time, part of me cheered him because only infrequently does anyone stand up for Black women. We stand up for ourselves.

In 1991, as members of the United States Senate were attacking Anita Hill, sixteen hundred of us, including my Mom and my three sisters, all signed the proclamation published in the New York Times and other major newspapers. We called ourselves African American Women in Defense of Ourselves, declaring that “no one will speak for us but ourselves.”  We wrote, “In 1991, we cannot tolerate this type of dismissal of anyone Black woman’s experience or this attack upon our collective character without protest, outrage, and resistance.”

Fast forward thirty years or so. Now another Black woman, Supreme Court nominee Ketanji Brown Jackson, sits before the Senate Judiciary Committee, and a whole bunch of white Republican men (and a few women) have viciously attacked her. Texas Ted Cruz insultingly asked if she was “soft” on child pornography. Actually, he didn’t ask, he ranted and raved and wouldn’t let her finish a sentence. It was a horrible display of his bullying, but it was also a reminder that no matter how far Black women have come, we have so much work to do so that our daughters, perhaps, won’t have to experience these kinds of biases.

I have developed the rather unfortunate and time-consuming habit of reading the comments posted online after some articles.

There are three or four times (or more) comments about Chris Rock and the slap than about Justice Ketanji Brown Jackson and her abuse from Ted Cruz and his cronies. And despite Judge Jackson’s composure and amazing grace, there were too few who had her back.

So while Ketanji is no Jada Smith, nor vice versa, these are two Black women who have experienced violent attacks in the last several weeks. And while it is not helpful in a civilized society to talk about slapping or fisticuffs, some of Cruz’s antics are enough to make one forget her religion and resort to extreme measures. Between Jada Smith and Ketanji Brown Jackson, we are all reminded that no matter what you have achieved as a Black woman, you can still be torn down by the hateful words and deeds of misogynistic men, regardless of race.

Accusing someone of being “soft” on child pornography or terrorism is serious. Making such false accusations in belligerent and blustering tones is bullying. Maintaining poise and dignity makes Justice Ketanji a hero and role model and makes Ted Cruz and Lindsey Graham look like babbling idiots. The same is true of Chris Rock, who may not have known about Jada’s alopecia. It’s a condition that affects millions of women, and they, like Jada, weren’t laughing.

The Supreme Court confirmation is exponentially more important than the slap. And the abuse of Black women in this country is disgusting. Let’s focus more on the former than the latter and focus on rooting out the verbal and physical abuse of Black women. It isn’t funny.

She praised Sen. Cory Booker (D-New Jersey), and Congressman Bobby Rush (D-Illinois) for their role in seeing the bill through to passage.

“The people of our nation deserve the protection of this anti-lynching law,” Harris demanded. “I believe so often, and it has been said, the victims of lynching were targeted because they were working to build a better America,” she stated.

“That’s what they were doing, and it was in everyone’s best interest. But unfortunately, the cowards couldn’t see and couldn’t understand. “So, today, we recognize them, our history, and let us recommit ourselves to that unfinished business as well to continue to fight for freedom, opportunity, and justice for all.”