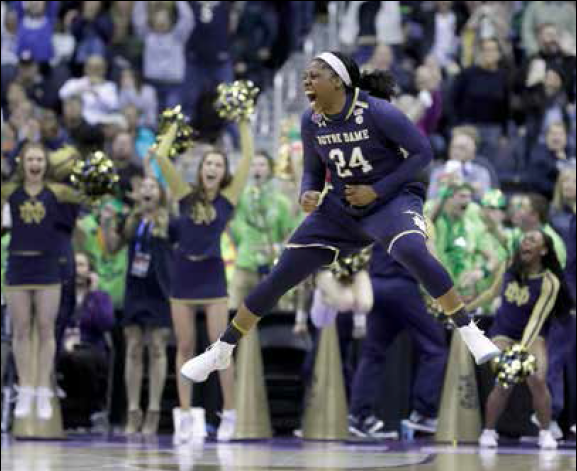 The Fighting Irish were given a fighting chance – and then a historic victory – by a woman of Nigerian descent. Arike Ogunbowale first earned a place for her team with her game-winning shot in the semi-finals. Later that weekend in the finals, she would bring the national championship home for her team with three-point buzzer-beater, with 0.1 seconds left on the clock. Oh, and while at it, she just happened to also win for Notre Dame the distinction of making the biggest comeback in women’s NCAA history!

When Arike responded that her life was complete now that Kobe had reached out, he responded with, “Nah… it’s complete by finishing the job on Sunday.” After the championship game, he tweeted again, ”WOW! #LifeComplete!

The Week That Was