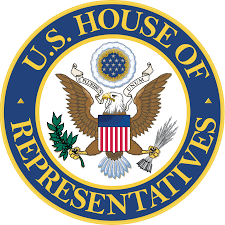 “Passage of the FIRST STEP Act is a victory for all Americans who believe in justice and the power of redemption,” said Jeffries. “It’s… the end of the beginning on a journey undertaken to eradicate our mass incarceration epidemic in America. Rep. Collins should be commended for his tremendous leadership in this critical effort.”

Rep. Collins said: “This afternoon, my colleagues seized the opportunity to help men, women and their communities through federal prison reform. Finally, today’s vote answers a question in the House and asks one of the Senate: ‘Given the chance to accomplish good in this moment, will you act today or regret your inaction tomorrow?’ ”

While the House celebrates a sweeping measure, some reform advocates would like the bill to remedy the racial injustice of the school-to-prison pipeline and to curtail Attorney General Jeff Sessions ramping up of the failed war on drugs. They feel that a bill without reform is a paper tiger and real lives remain at stake. Neither is overcrowding and lack of decent health care or educational opportunities behind bars remedied by this bill, which was drafted by Jared Kushner with the approval of the White House.

Former Attorney General Eric Holder is critical of the bill and what it portends. “The Trump Administration is pushing a misguided legislative effort that threatens to derail momentum for sentencing reform,” he said.

Highlights of the bill include:

Good Time Credit Fix: A provision ensuring incarcerated individuals can earn the 54 days of good time credit yearly that Congress intended, not just the 47 days that BOP currently allows. This retroactively applies to all who have earned credit for good behavior. It has been estimated by BOP and GAO estimates say this will lead to the release of roughly 4,000 prisoners and save $40 million the first fiscal year.

The Establishment of a Risk-Reduction System: This is already used at the state level to match inmates to programs based on dynamic factors lowering risk of recidivating over time. The bill mandates statistical validation and evaluations to ensure it does not result in unwanted racial disparities while addressing concerns about prisoners of color being disproportionately impacted.

Requirement to Move People Closer to Home: Visits to loved ones in prison can be extremely burdensome and cost-prohibitive, though contact with family reduces recidivism. The bill mandates that prisoners are placed within 500 driving miles of their families.

Focus on Dignity for Women: Pregnancy during incarceration can be harrowing. There are far too few health and safety guarantees and no federal ban on shackling pregnant and post-partum women. This bill implements that ban from the confirmation of pregnancy to three months postpartum and requires BOP to provide free sanitary napkins and tampons.

Requirement for Provisions of IDs: Many formerly incarcerated individuals find themselves without the identification necessary to access essential services like housing or employment services. Accommodating them prior to release will allow a quicker integration back into society and create cost savings for BOP of approximately $19 million.

Compassionate Release: The prison population is aging. This bill expands compassionate release through a 10-year requirement from the pilot program created by the Second Chance Act. It reduces the minimum age of eligibility from age 65 to 60, and minimum time served from 75% to 2/3. It also expands the program to all prisons and allows prisoners to seek relief directly from a court, reducing administrative hurdles to release.

It moves to the Senate with the support of the White House.

Crazy Racism And A Possible Remedy