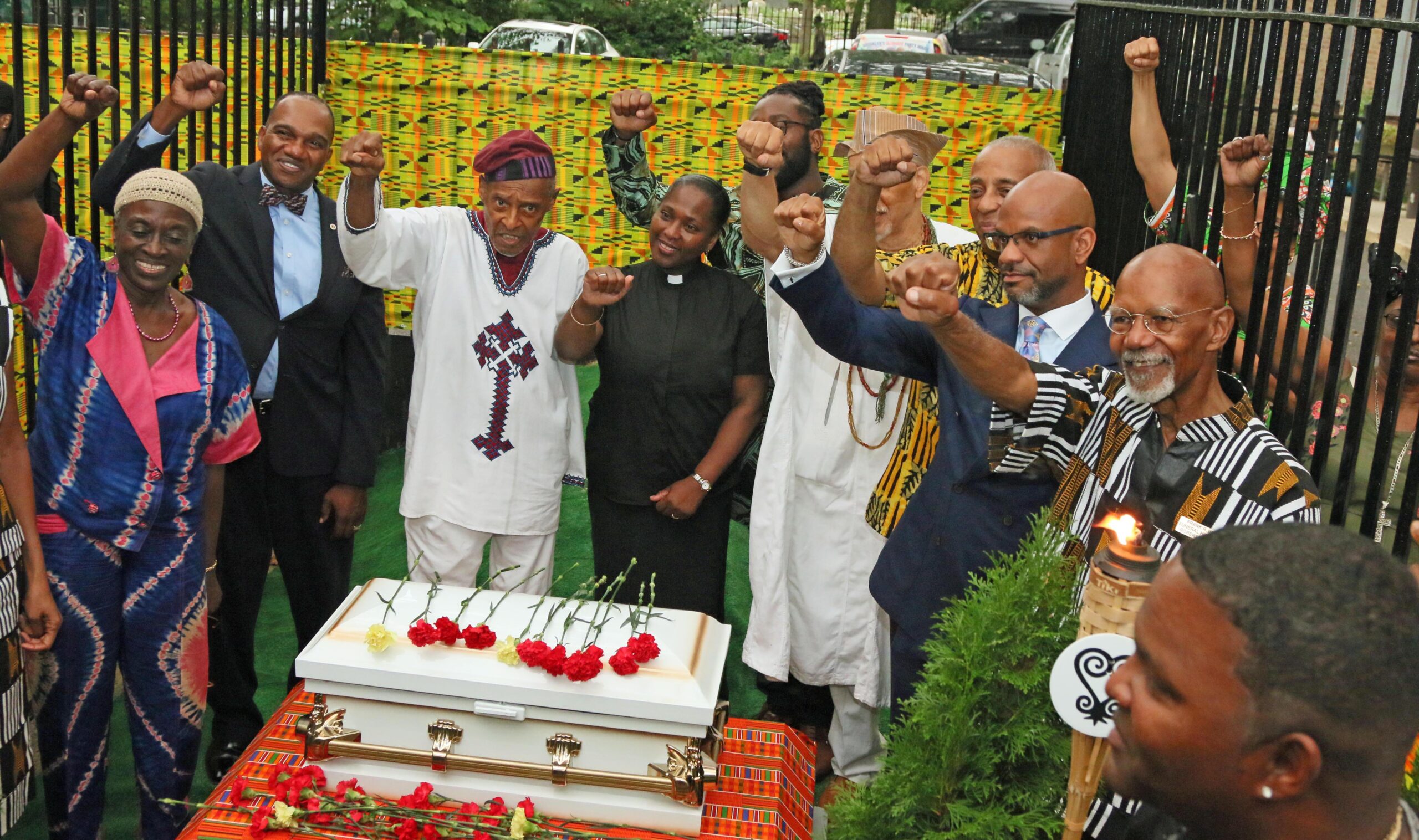 Celebration and Reinternment of our Ancestors

NYC Council member Inez Barron and NYS Assemblyman Charles Barron joined together to honor the legacy of our African ancestors who endured centuries of enslavement in the formation of East New York, Brooklyn. Our ancestors were buried on the land previously known as “Schenck Park,” named after a former slaveholder. The land was renamed the Sankofa Park African Burial Ground in a tremendous Cultural Ceremony and Reinternment of our Ancestors’ bones, which took place on Thursday, July 18, 2019. “Sankofa” is a Swahili word meaning, “looking back to go forward.”

The parkland is the actual resting place for those Africans who were prisoners of war, stolen

from Africa, chained, shipped and forced to build the foundation and development of the U.S. and other European colonies for centuries. Far too many died in the process…

Council member Inez Barron explained, “The preliminary excavation for the renovation of Schenck Park, located here on Barbey Street between Livonia and New Lots Avenues, was put on hold. Historical maps had previously revealed that the park, library and surrounding area was once a site where enslaved Africans were buried. Before starting the park renovations, archaeologists were employed to search for any possible desecrated remains. And indeed, remains including bone fragments of our ancestors were found!”

Assemblyman Charles Barron stated, “This is an historic day! East New York has gone from having a slaveholder’s name for this park (“Schenck Park”) to a liberated name (“Sankofa Park”). Our youth can now feel proud to know that it was their ancestors that built the roads and the homes and cultivated the land of East New York, the community that they live in now.

Every time they see the park named Sankofa and the street signs named African Burial Ground, we can tell them about our ancestors who built the foundation of East New York and were never paid. We now have a strong case for reparations. We must tell our youth how the land of the indigenous people, the Lenape, Canarsie, Rockaway or so-called Indians, was stolen. And how we were stolen from Africa to build it.”

Brooklyn Parks Commissioner Marty Maher was recognized as a partner on the multimillion-dollar Sankofa Park Renovation African Burial Ground Development Project by Assemblyman Barron and Council member Barron. The renovation process will start this year and is expected to be completed by 2020.