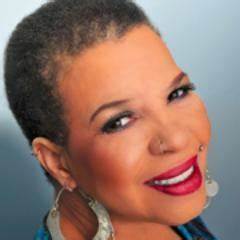 NYS election Democrat victors include  Antonio Delgadowho defeated on term  congressman John   Faso.   Afghanistan veteran  Max Rose defeated GOP Congressman Dan Donovan in Staten Island/Brooklyn race.      Democrats flipped five  NYS Senate seats  bringing their conference to 36 members.   NYS  Andrea Stewart Cousins Democratic Senate majority  leader, who will continue to head the conference,   will join  the “three men in a room,”  the term used  to describe Albany’s  real power elite, the NYS Governor, the Assembly Speaker and the Senate Majority Leader.   Truth to tell, the three men in a room,  will no longer be an all- male club nor will it be predominantly white.  Carl Heastie  is  Assembly Speaker.

THEATER:  AMERICAN SON starring  Kerry Washington, Steven Pasquale, Eugene Lee and Jeremy Jordan,  opened  November 4 at the Booth Theater.  A mystery, the  75-minute story centers on  estranged interracial  parents, looking for their  18 year old son,  in a Florida police precinct, set in the now.   Actual story details  were  never disclosed in Washington’s  frenetic  publicity schedule,  nor does one get any idea about the unfolding drama from  the many good reviews.  The undisputed  protagonist in this story  is American racism and the myriad fears which accompany it.   Some reviewers say AMERICAN SON is Kenny Leon’sbest directorial work to date. He already boasts a few TONYs  for best director.

FINE ART:      The Skoto  Gallery’s new  exhibit “OSI AUDU: Dialogues with African Art,” recent drawings and paintings by Nigeria-born artist Osi Audu. through December 28.   Audu’s works “focus on the dynamic relations between shape, form and color, while remaining firmly  rooted in the Yoruba philosophical concept that the human head encompasses a duality of spirit and matter, mind and body.”  His art references the” abstract geometric possibilities in traditional African art.” A color catalog  is available.  Gallery is located at 529 West  20 Street. 212.352.8058.  Visit skotogallery.com

The Columbia University  Wallace Art Gallery exhibit,  “POSING MODERNITY: The Black  Model from  Manet and Matisse  to Today” is all  that in the New York art world.  The exhibit is  the brainchild of erstwhile  unemployed  African- American, PhD in art  Denise Murrell, who wanted to re-imagine and study the relationships of  canvas principals, the  Black models in paintings,  heretofore  unexplored to invisibility.  She wanted to exhibit those works.   With a handsome grant from the Ford Foundation, she was able  to bring  life to her dream exhibit, which borrowed more than  100 paintings, sculptures, photographs and works on paper from over  40 international lenders.   It includes works and or replicas of  “Dame a la robe blanche,” by Matisse;” “Din, une tres belle Negresse”by Mickalene Thomas; “La Negresse ( Portrait of Laure)  by Manet;  and  “Olympia” by Manet.  Many of the pictures are in the book THE HISTORY OF ART, which used to be a required subject for humanity students during college freshman or sophomore years.  The proof of the pudding is in the tasting.  The art must be viewed to be appreciated.    One art historian enthused  that the masters would not devote half of a canvas to a Black woman, who was  inconsequential.  POSING MODERNITY sounds like great art with a heavy dose of history. Exhibit runs through December.

AND THE HONOREES ARE

RIP:   Literary lioness  Ntozake Shange, nee Paulette Williams,  70 passed  on  October 27.    A  poet, playwright, novelist and feminist, Ntozake was the first lady of her generation to bring Black women’s  stories, their joy  and discontent,  front stage center  in American  theater.   Shange is best known for her seminal play, a choreopoem, FOR COLORED GIRLS WHO HAVE COMMITTED SUICIDE WHEN THE RAINBOW IS ENUF,  a series of monologues by Black women’s   trauma and abuse,   which  was  incubated at Woodie King’s New Federal Theater before he co-produced it with Joe Papp at the Public Theater. The choreopoem  ultimately landed  on Broadway at the Booth Theater  in 1976.  A Tony nominee, FOR COLORED GIRLS,  enjoyed a successful run in the US and  overseas.  Tyler Perry adapted  FOR COLORED GIRLS to film in 2010.

A Harlem based management consultant, Victoria can be reached at Victoria.horsford@gmail.com