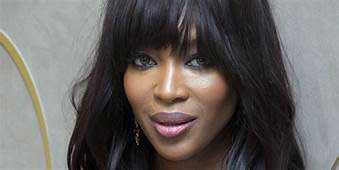 The COVID-19 coronavirus pandemic is the new academic discipline, a required course for all planet Earth residents. The pandemic has touched down on almost all continents, delivering a power-punch of fear, sorrow and socio-economic turmoil. COVID-19 also underscores the fault lines in global society: racial and class inequities and disparities in income, education, and health care. The public health crisis has impacted international economies, and brought the world to a discomforting standstill. Closer to home, look at the republic of the United States, unable to summon the national leadership necessary to manage a bona fide crisis, having claimed the lives of almost 69,000 Americans. The only defense Americans have against the dreaded public health menace and a flagging economy is our hope, resiliency, and a cadre of proactive governors like NYS Governor Andrew Cuomo, ready to do battle with the limited resources at their disposal. Since March, many states have run huge deficits totaling billions of dollars battling COVID-19. The federal government has approved stimulus packages to Corporate America and to Americans, but no financial aid to the states. A new model for the social order is a necessity concomitant with the demise of COVID-19.

On May 4, President Donald Trump officially politicizes his administration’s mismanaged COVID-19 crisis when he tell the NY Post, “Blue state coronavirus bailouts are unfair to Republicans. A bailout is different than reimbursement for the plague.” He predicts an economic rebound from coronavirus by the end of the year. Is he saying that Governors Andrew Cuomo, NY; Phil Murphy, New Jersey; Gavin Newsom, California; JB Pritzker, Illinois and their constituents, are not legitimate stakeholders in the USA, nor are they to be applauded for their leadership during the COVID-19 crisis, a responsibility which Trump abandoned? Are these the final days of the Trump plague? Will Trump also bring an end to the GOP US Senate majority?

A note on the Trump blue-state bias, many southern red states are the next COVID-19 hotspots. Will he bail them out? States like Texas, Georgia and Florida, which adopted the Trump call for “reopening the economy,” are experiencing surges in COVID-19 cases and deaths. It would have been prudent to adopt a gradual reopening policy with face masks and social-distancing protocols intact. Trump does not understand that COVID-19 and the economy are interrelated. His CVID-19 Task Force will be dismantled by the end of May, at a time when the virus infection surges nationally in the early “reopen” states. In Utah, officials closed tattoo parlors and salons after 500 complaints were filed. In Wisconsin a cardiologist was suspended from work after attending a rally without his mask.

While Americans are obsessed with COVID-19 recovery, my obsession is about survival. A recent Essence digital news brief written by an MD lists the disadvantages of social isolation, which increases sedentary behavior, spending lots of time sitting while working at home. The lack of physical movement can lead to decreased blood flow and allows gravity to cause blood to pool in the legs, putting one at risk for two conditions 1) deep vein thrombosis, DVI, which is a blood clot in the legs with symptoms like pain, redness or swelling of the calves, and 2) pulmonary embolism, PE, a blood clot in the lungs that may have traveled from the legs, with symptoms like sharp chest pain, trouble breathing or sudden death without warning. To avoid, work the legs by walking, bicycling, and drinking lots of water. Don’t remain sedentary for long periods.

FOR YOUR INFO: New York City registered voters can request a written ballot for the New York June 23 Primary, go to https://nycabsentee.com. Primary for US Congressmembers, NYS Assembly and NYS Senate. A NYS judge invalidated the NY Board of Elections decision to remove the Democratic contenders Biden and Sanders from the 6/23 Primary.

Presumptive Democratic Presidential nominee Joe Biden did not keep his promise to name his VEEP choice by May 1 and a woman to boot! He named a four-member committee to help him. Choice will be announced at the live Democratic Convention in Milwaukee, Wisconsin, August 17 – 20. Current polls show him leading Trump in blue, red and battleground states. His campaign is marred by his former Senate aide Tara Reade, who alleged that he sexually assaulted her 27 years ago. Hello, Tom Perez DNC Chair, promise no more surprises before August 17.

Congrats to the African Americans who won 2020 Pulitzer Awards on May 4. Colson Whitehead won Fiction Award for THE NICKEL BOYS based on the real horrors extant at the “Dozier School for Boys, in Florida for 111 years, which warped the lives of thousands of boys.” Whitehead won 2017 Pulitzer award for fiction for THE UNDERGROUND RAILROAD. Nikole Hannah-Jones, NY Times journalist won award for Best Commentary for her report in the NY Times Magazine’s “The 1619 Project,” a single-subject issue about “the contributions of African Americans, including enslaved Africans, to American history.” Jericko Brown won for Poetry with “The Tradition,” a collection which runs the gamut from “the Trojan War to James Baldwin to the unpunished violence that police commit against African Americans.” Anthony Davis won for Music for “The Central Park Five’ a jazz-infused opera with libretto by Richard Wesley about “The Latino and African American teenagers wrongfully convicted of a 1989 group rape of a white woman.” A special citation was awarded posthumously to Ida B. Wells (1862-1931) for her role as investigative journalist/founder of the Memphis Free Speech, which dealt with racist violence and lynchings in America.” Michael R. Jackson, wins for his Drama “A Strange Loop by Michael R. Jackson,” about a gay, Black musical theater writer, which played at NY Off Broadway house Playwright Horizons. Founded in 1917, the Pulitzers are US Awards for achievement in newspapers, online journalism, literature, and musical composition.

Iconic model and business woman Naomi Campbell dons the Essence May/June cover for its 50th Anniversary issue. This golden anniversary issue included stories relevant to its audience of African American women and the effects of COVID-19 on their lives. This is first Essence issue curated by its cover personality. Campbell did her own makeup and executed the cover photo shoot, with her iphone, owing to COVID-19 travel restrictions. Founded and financed in 1970 by African American entrepreneurs, Essence Communications and Travel Fest were sold to media giant Time Warner Warner between 2000 to 2005. Billionaire Liberia-born investor Richelieu Dennis, acquired Essence package in 2018.