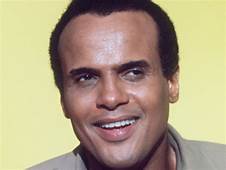 NYC residents and media are still confounded by the loss of its AMAZON suitor and 25,000 jobs. Governor Cuomo is livid, but his remarks are measured. Hizzoner de Blasio maligns Amazon and its duplicity. Fingers of victory or blame are being pointed in many directions, none where they really belong, at Governor Cuomo and Mayor de Blasio for negotiating the AMAZON deal with its huge tax breaks without benefit of input from the NYS Legislature nor the NYC Council.

NYC needs a cooling-off period. The enmity between the City Council and Councilman Rev. Ruben Diaz requires immediate détente. Last week, the Council dissolved its newly-created For-Hire Vehicles Committee, which Rev. Diaz, Sr. chaired, by a vote of 35 out of 51. That was in response to his claim that the Council is run by the “homosexual community.” The City Council approved the committee creation, in a nod to the Bronx Democratic machine for its support of Corey Johnson, who is gay, to City Council Speaker. Diaz, Sr. has made homophobic remarks for years. The Council wanted an apology and/or resignation from Rev. Diaz for his City Council leadership remarks. Diaz says NO. The Council is threatening to expel Rev. Diaz for his callous words. When did “freedom of speech” die in the City Council? In 2017, Diaz won the Primary with 40% of the vote. The City Council needs to move on with affairs of the city, not petty retribution schemes.

This is the last reminder of the 2/26 NYC Public Advocate Special Election and the importance of your vote. African-Americans hold no citywide elected office since Letitia James became the NYS Attorney General. The three African-American Public Advocate candidates are City Councilman Jumaane Williams, Assemblyman Michael Blake and Attorney Dawn Smalls.

February 24 is the Oscar date. Awards will be announced for the “best” in Hollywood filmmaking. This year, three films, BLACKkKLANSMAN, BLACK PANTHER and GREEN BOOK, about a significant look into the Black experience, are among the contenders for the Best Picture. Spike Lee is a Best Director contender for THE BLACKkKLANSMAN. Lee exploded into the American film scene with his first feature film, the provocative SHE’S GOTTA HAVE IT, in 1986. His film said that a new generation of Black filmmakers would tell Black narratives through unfiltered African-American lens. Hollywood has been much better for wear. Spike, break a leg on Sunday!

The year 2019 is the 400th Anniversary of the Atlantic Slave Trade. The Government of Ghana has declared 2019 as the “Year of Return for African-Americans to return to Ghana and reconnect and reclaim their ancestral heritage.” The God Box Foundation and the Caribbean Cultural Center African Diaspora Institute presents, “God Box Talks into the Wilderness,” an interfaith dialogue between Pan-African religious and spiritual leaders. What Does Liberation Look Like at 400 and is Africa the Answer? Dr. Samuel Cruz, Daniel Dawson, Professor James Smalls and Sister Onleilove Alston are the panelists. Talk will be held on February 27, 6-9 pm at 120 East 125th Street, Harlem.   [Visit cccadi.org]

“Turn the World Around: The Legacy and Music of Harry Belafonte” returns to the Aaron Davis Hall at the CCNY campus on March 1, his 92nd birthday, on Convent at 135th Street, Harlem. The musical tribute to Belafonte toplines artists like Ty Stephens, Branice McKenzie and Richard Cummings, longtime Belafonte music director, all worldwide Belafonte tours alum.

RIP: Literary lioness Andrea Levy, 62, died last week. The London-born Levy was the daughter of Jamaican immigrants who relocated to England after WWII, responding to Britain’s call to come to help rebuild the country. The group is known as the “Winrush Generation.” She started writing in her 30s. Her quasi-autobiographical novels, “Small Island” and “The Long Song,” chronicled the lives of the Caribbean Diaspora living in England and the undercurrents of racism. Last year, the Winrush Generation came under attack by the British Government who questions its citizenry about its presence of almost 70 years. Members of the group lost their jobs, health benefits and other privileges afforded citizens. They are treated like “Dreamers” in Trump’s America or like the Haitians who lived in the Dominican Republic for 60 years and were exiled as noncitizens a few years ago. The Winrush Generation and their descendants live in a “citizenship limbo” in Britain. They really need a 14th Amendment. The recipient of many literary accolades, Andrea Levy’s “Long Song” was short-listed for the prestigious Man Booker Award.

RIP: Native New Yorker Peter Alan Harper, 68, died on December 13, 2018. Harper was a poet/writer headquartered as a business writer at the Associated Press in New York. He organized journalism workshops and taught Black history. He earned a master’s degree in Fine Arts at CCNY in 2014. Harper’s Homegoing service will be held at Imagenation, located at 2031 Adam Clayton Powell, Jr. Boulevard, Harlem, on April 6 at 2 pm.

The award-winning documentary, MR. SOUL!, about Ellis Haizlip and the birth of Black Power TV, premieres in Harlem at the Apollo Theater on February 21 at 6:30 pm. SOUL! is the TV show which aired on PBS from 1968 to 1973 with guests like Jimmy Baldwin, Muhammad Ali, Nick & Valerie, Nikki Giovanni, Maya Angelou, Stevie Wonder and Malcolm X. Screening is followed by a discussion moderated by film producer Melissa Haizlip, Blair Underwood and other guests. [Visit apollotheater.org]

The following should be “required reading” for American history buffs: 1) Read the YESMagazine.org essay, “40 Acres and A Mule Would Be at Least $6.4 trillion Today – What the US Really Owes Black Americans;” 2) Read the 2/15 Washington Post opinion piece, “The Black Men of the Civil War Were America’s Original ‘Dreamers’” by Colbert King, who won a Pulitzer in 2003; 3) NY Times 16-page Special supplement, “OVERLOOKED, Revisiting 168 Years of NYT history to provide obituaries for Black Men and Women Who Never Got Them.” The 12 obits chronicled include eminences like Mary Ellen Pleasant, born into slavery, she became a Gold Rush-era millionaire, 1814-1904; Granville T. Woods, inventor known as the “Black Edison,” 1856-1910; Oscar Micheaux, filmmaker 1884-1951; and Zelda Wynn Valdes, couturier, 1905-2001.