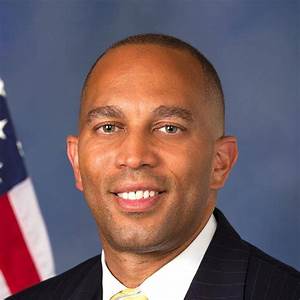 POLITICAL STUFF: The Trump White House continues its chaotic and contradictory courses in international affairs, which presumably will not force the US into another military Middle East misadventure. Last week, President Trump was amenable to a meeting with Iranian President Hassan Rouhani to discuss economic sanctions, nuclear activities, et al.  On August 6, however, Trump wants to coerce Iran to shut down its nuclear-enrichment activities, a suggestion that runs contrary to all international inspectors, who confirm that Iran is in compliance with the 2015 accord, for which the US was a signatory, but from which Trump has withdrawn this year. Will there be war or peace?

When Trump is not bellicose with international-imagined and real enemies, he conducts domestic warfare with his rancorous, divisive tweets re: Black Americans like the ones last week targeting NBA great LeBron James and CNN’s Don Lemon. Ahem, who is Trump to discuss human intelligence!! Trump was wise not to malign Ohio’s beloved native son LeBron James during his GOP stomp in the Buckeye State last weekend. Those strategic tweets are red meat for his base and appetizers for all Americans of color, Democrats and GOP moderates to get out the vote this year to restore Democrats to majority status in statehouses and the US Congress. POTUS 45 is not good for American national health!

Is Brooklyn Congressman Hakeem Jeffries on the Democrat’s short list to succeed current caucus leader Nancy Pelosi when the party takes back the House of Representatives next year. Representative Jeffries calls himself a “practical progressive.” Without a doubt, Brooklyn is the real center of political power for Black New Yorkers.

James is more downstate, urban proactive than US Rep. Sean Patrick Maloney, himself a Democrat eyeing the AG office who was calling voters on Monday to sign into his telephone Town Hall!

Harlem husband and wife team Markisha and Carlos Swepson move their Blvd. Bistro, located at 239 Lenox Avenue at 122nd Street, to Marcus Samuelsson’s Street Bird Bistro, located at Frederick Douglass Boulevard at 116th Street, until last May.    Voted the #1 Soul Food Restaurant in America by the Food Channel, Boulevard Bistro relocates to a larger space, will sell liquor and wine and offer even more creative menus. Carlos has worked with top NY chefs and restaurants, including Georges Vogerichten, JoJo, SoHo House and his mom/mentor in Mississippi, whom he likens to Martha Stewart and B. Smith.  His food is finger-licking fusion of sorts, a mix of Creole, Southern, classic French cooking which appeals to carnivores and omnivores alike.   [Visit blvdbistronyc.com]

African-American Teresa Clarke, Chair/CEO and founder of Africa.com, the key digital portal for all news African, has acquired the behemoth iAfrica.com, South Africa’s oldest, most revered news portal which was founded in the 1990s.     Miss Clarke will serve as executive editor of iAfrica, whose content will continue to include extensive coverage of local and international news business, sports and lifestyle content. A savvy media executive, Clarke has her finger on the pulse of the digital universe and Africa, which is the planet’s second-largest continent and second-most populous. With the new acquisition, her digital audience appeal will reach more than 15 million business people.

THEATER: THE PECULIAR PATRIOT, a one-woman show written and performed by the incredibly talented Liza Jessie Peterson, who weds history and current events in this tour de force theater piece about the American prison system, mass incarceration as it disproportionately affects African-Americans. The system is viewed with laser-like accuracy by the play’s main character, the perceptive Betsy LaQuanda Ross, who visits incarcerated friends.  The play’s title was borrowed from 19th century whites who preferred the euphemism “our peculiar institution” as a substitute for the word slavery.   If you read nonfiction books like Michelle Alexander’s “The New Jim Crow” or Khalil Muhammad’s “The Condemnation of Blackness: Race, Crime and the Making of Modern Urban America” you will want to see how Peterson breathes a new, palpable life into a staged version of those book’s subject.  Wonderful theater, PECULIAR   PATRIOT is informative, provocative and humane, a reminder of the many American institutions to be dismantled.  The play begins its national tour this fall with playdates in Boston, Burlington (Vermont), Cleveland and other cities.

The musical theater revival of CARMEN JONES, starring Anika Nona Rose and directed by John Doyle, opened to a plethora of rave reviews, ends its limited run at the Classic Stage Company on August 19.  The play centers on a lustful woman in search of a man, especially one outside of her reach, is the NY Times Critic’s Pick. New Yorker theater reviewer Hilton Als welcomes ANR to his Mt. Olympus of bona fide theater divas. The box office is still open, but the cupboard is almost bare.

CNN news anchor Don Lemon, the man who interviewed LeBron James last week, instigating the Trump twittersphere response, will be the Master of Ceremony at the 2018 UNCF “A Mind Is” Hamptons Summer Benefit on August 18-19. The UNCF’s (United Negro College Fund) 2018 Benefit honorees are Ed Lewis, co-founder of Essence magazine and Dr. Johnnetta Cole, former president of Spelman College and Bennett College. If you are unable to attend, support the UNCF with a donation. The UNCF is the biggest American provider of scholarships to African-American college students who attend accredited US colleges and universities.   [Visit UNCF.org]