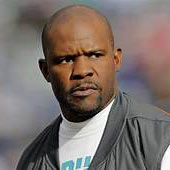 One Hundred Black Men will honor Brian Flores of the Pittsburgh Steelers on Thursday, March 31 @ Jazz at Lincoln Center

THE WORLD
President Joe Biden travels to Europe this week to caucus with NATO and EU partners in an effort to avert a hotter war between Russia and Ukraine, or the beginning of WWIII. Europe is resembling the war-torn Middle East. Belarus, a Ukraine neighbor could join the Russian war by week’s end. Too much bellicose talk for comfort or sanity. President Biden talks about deploying more US troops to NATO countries. Brinkmanship, heating war stories is really concerning for a world not fully recovered from the war on Covid19.

In February, Russia arrested Brittney Griner, 31, an African American professional basketball player for possession of drug paraphernalia. A member of the Phoenix Mercury team in the USA, Griner plays pro ball for a Russian team during the American WNBA offseason for more revenues. Her alleged crime is punishable for 10 years of incarceration. Women basketball players’ salaries seldom climb above $1 million. Russians extended her detention until May 19. She is an unwitting pawn in the game of two world power players.

THE NATION
If time permits, watch history unfold this week while President Biden’s Black Supreme Court nominee Ketanji Brown Jackson undergoes US Senate Judicial Committee scrutiny, replete with Republican irrelevant queries and distractions in an attempt to undermine her credibility. She has been before this Senate Committee three times. She was a picture of aplomb on Day 1. Reminding viewers that she was not being examined by a group of her peers.

Governors in all states have relaxed face masks, once considered necessary to combat the perilous virus, which seems to be pandemic of the past. Why are both Pfizer and Moderna requesting emergency approval from FDA and CDC for a fourth COVID 19 dose? I don’t get it. Spring break brings out the crowds. April 2022 hosts three major religious holidays – Passover, Easter and Ramadan – when people will assemble in big numbers.

ELECTIONS: Disgraced former Governor Andrew Cuomo is ready to run for governor and to launch a new political party this year. Last week’s Emerson poll showed him trailing Governor Kathy Hochul by 4 points, in a hypothetical poll. However, 64% of poll respondents indicated that he should not run for any political office again. Ted cruz, lindsay graham – should delete??

BROOKLYN: Early results indicate a large Brian Cunningham victory in the special election for Assembly District 43 in Central Brooklyn, where 3000 votes were counted, with 62% of the vote, besting a group of progressives against Democratic Party chief  Rodneyse Bichotte Hermelyn’s leadership who got 35 % of the vote. Republican and Conservative Party nominee Mesidor Azor, who got 3% of votes. A Jamaican American, Cunningham succeeds Diana Richardson, current Deputy Brooklyn Borough President.

ARTS/ENTERTAINMENT
FILM: The 94th Academy Awards airs live on ABC-TV on March 27 and will be co-hosted by Wanda Sykes, Amy Schumer and Regina Hall. Oscar 2022 will be produced by African American Will Packer, producer of runaway film hit “Girls Trip” and its sequel and of the “ROOTS” remake. Will Smith garnered key pre-Oscar best actor awards, for his performance in the biopic, King Richard” about parent extraordinaire Richard Williams who created two tennis superstars, Serena and Venus Williams. Denzel Washington is a 2022 Best Actor nominee for his portrayal of Macbeth.
Celebrated actors/philanthropists Samuel L. Jackson and LaTanya Richardson are the People Magazine cover couple with a tagline: “ How My Wife Saved My Life.” Married for 41 years, Sam and LaTonya cut their teeth in NY theater with the NEC, and Woodie King’s New Federal Theater. Sam’s new film “The Last Days of Ptolemy Grey,’ an Apple TV+ mystery about a 91-year-old struggling with dementia, adapted from a Walter Mosley book of the same title.

A Harlem-based media strategy consultant, Victoria can be reached at victoria.horsford@gmail.com