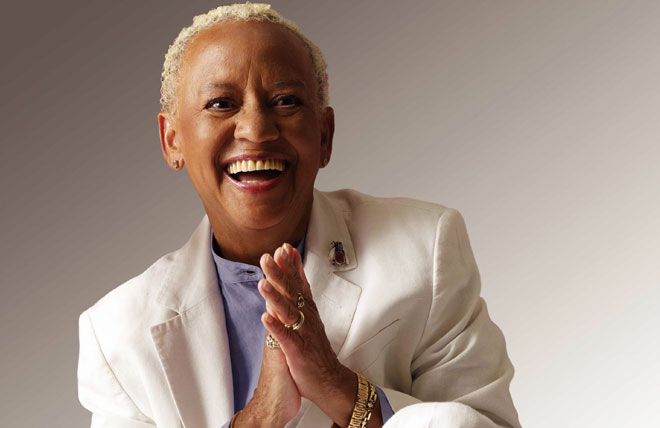 Next Tuesday, November 7, is Election Day and it is necessary to “get out the vote”, especially the Black vote. Consider it a rehearsal for the 2018 elections.   When voters stay home, you get a federal government like the one we have today, with the lowest popularity ratings ever!

THREE PROPOSALS ON THE BALLOT deserve your attention and vote.

The last phase of the election season has not been that kind to Mayor de Blasio and Manhattan DA Cy Vance, whose reputations have been tainted by questionable donors. De Blasio is revisiting pay-to-play charges, which I never understand. Isn’t American politics based on pay-to-play? Look at the President, the Congress, the Governor, the NYS Assembly and Senate. What elected official is beyond accessibility to a major donor.

OUT OF AFRICA: The Niger story and the ambush death of 4 US soldiers begs more questions than it answers. Story reads like a thriller.   Last week, news emerged about United States soldiers killing each other with Navy Seals allegedly killing a Green Beret in Mali in June. There are approximately 6000 US troops in Africa. Who knew?!

The following is a FYI from the African-American Literature Book Club, aalbc.com, re: Top 50 Black-owned websites which should be visited for insights into the Black experience.   Some of the websites listed include howard.edu, blackenterprise.com, ebony.com, hellobeautiful.com, blackplanet.com, eurweb.com, worldstarhiphop.com, blackamericaweb.com, mediatakeout.com, atlantablackstar.com, thegrio.com, rollingout.com, bossip.com and afro.com. They are invaluable resources today.

TALKS: The 22nd Annual Derrick Bell Lecture on Race in American Society will be held on November 1st at 6 pm at Vanderbilt Hall, NYU School of Law at 40 Washington Square South, Manhattan.  Legal scholar Theodore M. Shaw, Julius Chambers, Distinguished Professor of Law and Director of the Center for Civil Rights at the University of NC at Chapel Hill, will present his lecture, “RACE, RIGHTS in a TIME OF MADNESS: What Would Derrick Do”,WWDD.     The brainchild of Dr. Janet Dewart Bell, the Lecture on Race began in 1995 to celebrate her husband’s 65th birthday, and was initially funded by Friends of Derrick Bell and the Geneva Crenshaw Society. The NYU School of Law has maintained it.

BETWEEN THE LINES TALKS at the Schomburg, located at 515 Malcolm X Boulevard, Harlem.   1) Join Schomburg Center’s Executive Director and poet Kevin Young, who will discuss his new book, “BUNK: The Rise of Hoaxes, Humbug & Plagiarists, Phonies, Post Facts and Fake News”, which traces the history of the hoaxes Americana from PT Barnum to President Donald Trump, with Garnette Cadogan, Martin Luther King, Jr., visiting scholar at MIT, on November 7th, 6:30 to 8:30 pm. 2) Join Poetess/Professor Nikki Giovanni, who discusses her latest poetry collection, “Between the Lines: A GOOD CRY: What We Learn from Tears and Laughter”, who will be interviewed by MSNBC-TV anchor Joy Reid on November 9th at 6:30 pm.   Book-signing will follow both talks.

DANCE: Misty Copeland, the first African-American female principal dancer with the American Ballet Theatre, comes uptown to the Harlem Stage Gatehouse to lead a ballet class to engage young ballerinas in Harlem who attend the Dance Theater of Harlem and the Harlem School of the Arts on November 6th at 5 pm.   The class can be viewed by young and old dance enthusiasts.   It will be followed by a Copeland conversation with dancer/actress Carmen de Lavallade about “BEING THE FIRST.”   Harlem Stage Gatehouse is located at 150 Convent Avenue.

The NAACP National Board of Directors unanimously elected veteran civil rights activist Derrick Johnson, 49, its President/CEO.  He is tasked with navigating the 109-year-old organization through a period fraught with challenges. The NAACP recently issued an advisory warning African-Americans about their safety and well-being while patronizing American Airlines. The advisory, effective October 21st, is in response to 4 egregious incidents experienced by Blacks from the carrier in 2017.

RIP: National treasure Bob Guillaume, 89, died.   He was an actor who mastered drama, comedy and musicals who dominated network TV with shows like “SOAP” and “BENSON”. A household name in musical theater with lead credits in “GUYS AND DOLLS”, “PURLIE” and “PHANTOM OF THE OPERA”.

What’s Going On: AS THE WORLD TURNS