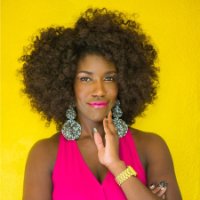 THE NEWS OF THE WEEK

Last week, North Americans endured three storms, two natural disasters and one political disaster which spanned the USA, St. Thomas, St. Maarten, Puerto Rico, Antigua/Barbuda and St. Thomas. Mexico had an earthquake. The storms’ names were Donald Trump, Harvey and Irma. The week began with US Attorney General Sessions stating that the DACA (Deferred Action for Childhood Arrivals) program, which will expire in six months, threatening the lives of more than 800,000 young people, whose parents brought them into the US without adequate immigration documentation. What happened to their American Dream. The president is giving Congress six months to pass an immigration law. The DACA announcement was the forerunner of the two storms that would follow, Harvey and Irma, which devastated states from Texas to Florida to South Carolina. Irma, a Category 5 hurricane, battered the Leeward Islands, then traveled up the north Caribbean doing damage en route to Florida’s east and west coasts. Someone opined that Irma was like Hurricane Andrew, a 90s horror on steroids.   Irma’s wind velocity of 185 miles per hour and width have surpassed all records to date.

Actor Robert DeNiro and his partners own property in Barbuda, which was to be upgraded to a luxe hotel, said that he is ready to join the rehab effort. British billionaire Richard Branson, who owns an island in the British Virgin Islands, says that the US, Britain, France and the Netherlands should develop a Marshall Plan for the Caribbean, which is vulnerable (yearly) to hurricanes and their reign of terror. Royal Caribbean Cruise Line dispatched two cruise ships to the Caribbean and to Florida.

There are comparisons between the hurricane destruction in the Caribbean and in the USA. Venues most seriously afflicted in both areas are places with loose building codes and infrastructure, where houses were leveled and will require long rehab efforts related to the absence of energy sources.   Why do post-hurricane First World USA cities like Houston, Tampa, Miami and Key West resemble Third World countries like Barbuda and St. Maarten?   Is the real ogre natural disasters or is it a failure to implement effective environmental policies?   American meteorologists argue that the warm waters in the Gulf and the Caribbean Sea were signs of imminent storms this year. Florida, like most Caribbean nations, is a tourism user-friendly economy.

September is the beginning of the aggressive phase of the hurricane season. Is something worse than Harvey and Irma possible by November?

The MIPAD and the African Students Association of Columbia University presents “2017 AFRICA WEEK NYC” on September 25-29. Theme is UN International Decade of People of African Ancestry 2015-2024.   The MIPAD (Most Influential People of African Descent under 40) Africa Week calendar is planned around the opening of the 72nd United Nations General Assembly session. Africa Week events include an Africa and Diaspora Roundtable; a tour of the Africa Center, formerly the Museum of African Art; Class of 2017 Awards and Recognition Dinner and forums pertinent to business and entrepreneurship, politics and governance, arts and culture. MIPAD Valedictorians Margaret Anadu, Managing Director, Goldman Sachs, and Mohammed Dewji, CEO, METL Group, will be in attendance. A picture of Robert Smith, African-American IT billionaire, is posted at MIPAD’s website. [Visit MIPAD.org]

The Bard Prison Initiative, the Redemption Center, the Fortune Society, College & Community Fellowship, Hour Children, Inc., NY Theological Seminary and others will co-convene a conference, “THINKING RE-ENTRY II: An Examination of NYC Services & Needs for the Formerly Incarcerated”, on September 20 from 8 am to 3 pm at the Interchurch Center, 475 Riverside Drive at 120th Street, Harlem. NYS Senator Velmanette Montgomery is keynote speaker.   Faith community members, educators, socialists will figure prominently on the myriad panels to discuss the need for more NYC and state support services for the formerly incarcerated.   Workshop sessions on housing, employment and education are part of the conference’s agenda. [RSVP@interchurch-center.org]

Read NY Times Magazine cover story, “A Dream Deferred, Dividing Lines”, by Nikole Hannah-Jones about a 1965 lawsuit filed against Jefferson County, Alabama by Linda Stout, a 16-year-old African-American which resulted in a court order that forced local public schools to desegregate. Still under that order, 52 years later, a 13-year-old African-American coed has inherited Stout’s lawsuit and the “persistent legacy of racism in American education”.

Publisher Mort Zuckerman sold the New York Daily News, the city’s premier mainstream tabloid, to TRONC, formerly the Tribune Publishing Company.   TRONC owns some of America’s most prestigious newspapers, including the LA Times, the Chicago Tribune and the Baltimore Sun. Arthur Browne, current Daily News editor-in-chief, remains in that berth through year’s end. He has been named Daily News editor.

The Africa America Institute hosts its 33rd Annual Awards Gala on September 19 at the Mandarin Oriental Hotel on Columbus Circle. Bozomo Saint-John is one of the four AAI Gala honorees, which were referenced in WGO on August 17. Profiled in a NY Times story, “Is This the Woman Who Will Save Uber?”, the Ghana-born Saint-John, a medical school dropout, is “brand” agent extraordinaire who worked for Spike Lee’s ad agency and Pepsi-Cola where she orchestrated the Beyonce Super Bowl halftime spectacular in 2013. The AAI Gala is sure to be a sellout with Saint-John in the mix. Uber, too, will be much better for wear with Bozomo Saint-John aboard. [Visit aaionline.org]

The Congressional Black Caucus Foundation hosts its 47th Annual Legislative Conference, which convenes September 20-24 at the Walter E. Washington Convention Center in Washington, DC. The ALC is the “leading policy conference on issues impacting African-Americans and the Global Black Community”.

A Harlem-based entrepreneur, Victoria Horsford is reachable at