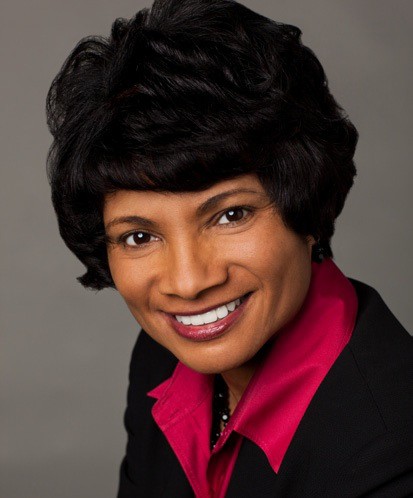 Interest in the NYC February 14th special election for the 9th City Council District, formerly occupied by Inez Dickens, has spilled over to mainstream media. A 2/5 Sunday Daily News story referenced the election, which stated that 12 candidates are running. The 2/6 NY Post story about the special election says that 9 contenders are in play. A telephone message to my home/office queries me about whom I favor for the election and cites 5 candidates: Senator Bill Perkins, Cordell Cleare, Athena Moore, Larry Blackmon and Marvin Holland.

BROOKLYN: Elected officials Jumaane Williams, Kevin Parker, Rodneyse Bichotte and Josue Pierre convene a “State of Immigration, State of Emergency” session on 2/8 at 1401 Flatbush Avenue to consider potential changes for immigrants during President Trump’s watch and how to prepare for future actions. For more info call 718.629.2900, or e-mail bgooding@council.ny.gov.

Check out the “EN POINTE: Brown Girls Do Ballet”, an arts calendar featuring African-American dancers on their toes. Najaah Patterson, of Atlanta, is one of the ballerina subjects. Najaah was the ultimate modern danceaholic who has attended the highly coveted Alvin Ailey Summer Boot Camp in NY every year since 2014. Last year, her interest veered towards ballet. Her EN POINTE pictures suggest that she could be a Misty Copeland acolyte. Do not take my word. Get your copy of EN POINTE. It is a great Black History Month gift and conversation piece. [Visit browngirlsdoballet.com]

MOVIE: “I AM NOT YOUR NEGRO”, a documentary about American writer/essayist/screenwriter James Baldwin, directed by Haitian-born globe-trotter Raoul Peck. Oscar nominee for Best Documentary, “I AM NOT YOUR NEGRO” is unfiltered vintage Baldwin and his meditations on American race relations, Black Lives Matter, film and love. Samuel Jackson narrates from Baldwin’s material which is provided by his estate.

Congrats to Vonetta Horsford Nelson and Brian Jacobs on their engagement. A destination wedding is planned in Puerto Rico next fall.

Congrats to tennis phenom Serena Williams, who is engaged to Alexis Ohanian, co-founder of Reddit, an online platform used for creating and sharing content such as stories, links and images in areas from gaming to politics.

RIP: Wilhemina (Billie) Holliday, 86, transitioned. Born in Jacksonville, Florida, Holliday was raised in New York and quickly emerged as one of its rising stars of her generation. She graduated from NYU and the New School University where she earned her MS in Human Resources and Manpower Development. In 1976, NYS Governor Hugh Carey appointed her to the NYS Parole Board, where as commissioner she had oversight of all 37 correction facilities. In 1984, NYC Police Commissioner Benjamin Ward named Holliday Deputy Commissioner of Community Affairs, a title which made her the highest-ranking Black woman in American law enforcement. After her NYPD retirement, she was appointed Mt. Vernon Police Commissioner. She served as NAACP Mid-Manhattan President for 8 years. Holliday was a member of the Ethiopian Hebrew Commandment Keepers Synagogue.

Oprah will be a special contributor to the CBS-TV show “60 MINUTES”, a sound business move for both brands during these divisive American times. “60 Minutes” boasts weekly audiences between 10 to 20 million. Oprah will continue to manage OWN, the cable TV Channel which she co-owns with the Discovery Network.

The Harlem Opera Theater celebrates its 15th Anniversary Salute to Black History Month at the Schomburg Center on February 17th at 7:30 pm. Concert is a tribute to Sylvia Olden Lee, Fulbright scholar, pianist and accompanist who was the first African-American vocal coach hired by the Metropolitan Opera who coached opera divas Marian Anderson, Jessye Norman and Kathleen Battle, and she toured with Paul Robeson. [Visit harlemoperatheater.org]

The Harlem Fine Arts Show(HFAS) returns to The Riverside Church on February 16-19. The HFAS is a treasure trove of works by Black masters and emerging fine artists, an expo without equal in NYC. HFAS will honor Rev. Dr. Calvin Butts with a Lifetime Achievement Award. The HFAS Opening Night will be hosted by the Delta Sigma Theta’s Brooklyn Chapter. [Call 800.376.2860]

WHAT’S GOING ON: WEEK AT A GLANCE