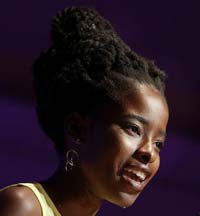 AMERICA, AMERICA
A new Sheriff started running the United States on January 20. We call him President Joseph Biden whose deputy is Madame Vice President Kamala Harris, the nation’s first Indo/African VEEP. They won the election, the popular vote and the electoral college vote. Arguably one of the cleanest elections in US history. People are dancing in the streets as they did when they were declared official winners on November 7. Yes, the nation is divided, but not like most media accounts and addition.

The United States is a nation of 330+ million people. Numbers do not lie. Last November 239 million Americans were eligible to vote; however, only 158 million exercised the privilege. Biden tallied more than 80 million votes. No, 70 million votes does not translate to half of the US population.
President Biden is to be commended for a return to civility and most the ideals associated with a true multicultural Democracy and for the tone that he set on January 20. His inaugural was replete with the pomp and circumstance that attends that American ritual every four years. The inaugural address promised hope and better tomorrows. The program was inclusive. Must admit that I was a bit teary eyed looking at the ubiquitous presence of Old Glory. The flags substituted for the small crowd necessitated by COVID protocols. The military band, the Pledge of Allegiance which was signaled that something good and inclusive was unfolding. The inaugural daytime culture lineup was unbelievable made-in-America show stoppers like Bruce Springsteen, Lady Gaga awash in haute couture splendor, redolent of a Hollywood celebration, which is what the 2021 Presidential inauguration felt like. There was Jennifer Lopez singing American anthems with fleeting Spanish segues, culminating with C&W Garth Brooks’ “Amazing Grace.” Yes, it was the revival of the America, we all once loved and knew, which disappeared four years ago.
The artists were complemented by GenZ phemon Amanda Gorman, African American Harvard grad, the Prada fashionista, whose poem THE HILL WE CLIMB helped lift the nation’s consciousness with its message of American hope and possibilities. She said “When day comes, we step out of the shade, aflame and unafraid. The new dawn blooms as we free it” She added. “For there is always light. If only we’re brave enough to be it.” Prayerfully, Democratic majorities in the House, the Senate and the White House with President Biden at the helm, we will be fully immersed in that light,vanquishing COVID 19 and all other challenges.
President Biden’s ambitious agenda re: Pandemic, economy, massive unemployment, student loans, rent insecurities, immigration, planet warning must include gun regulation and review. Domestic security and terrorism are troubling enemies. Everyday new stories emerge about fellow Americans (police, firemen, active military personnel, the Proud Boys, the Boogaloo Boys) who ran amok at the US Capitol on January 6, intent on killing Congressmen, Senators and the Vice President Pence and overturning national election results.

BUSINESS MATTERS
Bridgeman Sports and Media, a Black-owned company, named Michele Ghee CEO of the iconic Ebony and Jet magazines, which it recently acquired and will revive in digital formats. This year, Ebony celebrates its 75th anniversary of its peerless documentation of the Black American experience. A veteran media denizen, Ghee did stints for top American media outlets like WME, CNN, A&E, The History Channel and BET Networks. She enthuses. “Everything we say will come through the lens of Black journalists” and adds “We are history in the making.”
Jay-Z launches $10 million investment fund to help minorities break into the Cannabis business which grosses more than $20 billion in the US today. His investment would be at least $1 million for each Cannabis startup. According to Wall Street Journal projection, cannabis revenues could exceed the $70 billion wine industry by 2030. The sale of Marijuana is legal in 36 state in America. Will the NYS legislature and governor legalize recreational cannabis this year?

ARTS/CULTURE/POLITICS
Naomi Beckwith, 44, was named the NY Guggenheim Museum’s new Deputy Director and Chief Curator, a first at that venue for an African American. She comes from the Museum of Contemporary Art in Chicago, where she held curator posts, mounting exhibitions by Howardena Pindell and “The Freedom Principles, Experiments in Art and Music 1965 To Now.” She worked with British Nigerian Yinka Shonibare. An associate curator at the Studio Museum in Harlem, she boasts degrees from Northwestern University and Courtauld Institute in London. Beckwith sees her job “bringing greater diversity to the Guggenheim’s collections and exhibitions.” She will partner with Guggenheim satellite venues in Bilbao, Spain, Venus, Italy and Abu Dhabi, currently under construction.
The current SKOTO GALLERY exhibit is a solo show Booster Selection, of 28 eye-dazzling abstract paintings, which features BUDDHA PLAYS MONK by Peter Wayne Lewis, a Jamaica-born artist now an American fine arts fixture. A tenured Professor at the Massachusetts College of Art and Design for 25 years. Recently retired from academia, Lewis divides his time between Metro NY and Beijing, where he is director of Oasis Gallery Beijing. Exhibit runs through February 28. Skoto is located at 529 West 20 Street, in Manhattan’s Chelsea art district. Visit skotogallery.com
FILM: ONE NIGHT IN MIAMI, is a feature film about a fictional 1960s meeting of Black icons, including Eli Goree as Muhammad Ali; Kingsley Ben-Adir as Malcolm X; Leslie Odom, Jr as Sam Cooke, and Eli Goree as Jim Brown, which is directed by actress Oscar winning actress Regina King, for Amazon Prime Video.

THE JAN/FEB CALENDAR
The year’s first Retrograde Mercury begins January 31 and ends on February 20.
Get ready for February, the coldest month of the year and communications snafus.
Restaurant Week 2021: More than 600 eateries participate in NYC Restaurant Week 3021 To Go, from January 25 -31, which offers lunch and dinner for pick up and/or delivery for $20.21, a best! Harlem’s Red Rooster, Sylvia’s, Teranga, Settepani, Lolo’s Seafood Shack, andThe Edge, Upper West Side’s Jean George, and Carmine’s; and Brooklyn’s Juniors are some RW 2021 participants. Visit nycgo.com