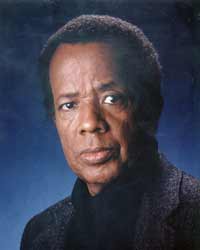 WINTER IN AMERICA/2021
While most Americans are euphoric about the January 5 Georgia runoff for the two US Senate seats won by Democrats Raphael Warnock and Jon Ossoff (which flipped the chamber’s majority to blue), most Americans are aghast and uneasy about the January 6 failed coup in the nation’s Capitol on January 6 — an action instigated by the toxic President Trump, unwilling to deal with reality and relinquish power necessary for a seamless transition of power.

President-elect Joe Biden, there’s a lot of work to do! The time is NOW to get America back on track; to vanquish COVID19; to revive the economy; and to work anew towards that more perfect union, white supremacists notwithstanding!
What happened on January 6 at the US Capitol — where a joint session of Congress convened to certify the Electoral College votes, which would confirm Joe Biden as the next president of the US, a ritual that the Trump doomsayers was not to be, voter tallies notwithstanding — is a WTF moment that altered American history. Following is a summary: “Ironically”, Donald Trump scheduled a DC rally on that day. His cult followers descended on Washington DC in large numbers, including domestic terrorists like the Proud Boys, the Boogaloo Boys, QAnon and other fringe people, along with a few NYPD, NYFD, US Armed Forces vets and white-collar Trumpies. Trump’s incendiary 70- minute speech to his supporters/terrorists, warned, “We will stop the steal;” “overturn the election results,” and “you will never take back our country with weakness” — all battle cries for what followed as the supporters headed for the Capitol.
What happened next was a siege by Trump terrorists on the US Capitol and its occupants. It was anarchy, a riot, an insurrection. Terrorists in America’s in the Capitol rotunda were set to harm legislators, ready to revoke the 11/3 presidential election results. The rioters, armed with guns, Molotov cocktails, pepper spray, and pipe bombs were prepped to harm or kill Congressional legislators. They ransacked offices, searching for legislators and VP Pence. Rioters and plotters must be tried and imprisoned for the “failed coup.” It was a dark day in America. That scene of lawlessness is all too familiar in Eastern European, African and South American capitals, not in a democracy like the USA. Capitol security and federal intelligent operations have lots of explaining to do.
The FBI and NYPD were forewarned about the possible 1/6 terrorist activity in DC, which fell on deaf ears. Or was that the original Trump plan? Why were so many Cabinets members fired recently? The nation wants answers; wants to invoke the 25th Amendment to the Constitution to remove Trump; wants to impeach him again and/or a Trump resignation. Trump’s walking papers are official on January 20. Trump loyalists have promised armed militias who threaten violence at the 50 state U.S. Capitols through January 20, Biden’s inauguration day. May God bless America until and beyond that date. A PS: the tide is turning. GOP House and Senators revisited Trump’s impeachment proceedings yesterday. Perhaps, it had something to do with the American Corporate titans who promised to withdraw 2021 funds to GOP since the Trump riots at the Capitol last week.
On a more upbeat note, this is the last OTP issue covering the Trump Presidency!

The Village Voice, NY’S former popular alternative weekly newspaper, is back in digital format after being shuttered in 2018 after a succession of owners who failed to keep it afloat. New owner Brian Calle also owns LA Weekly, the nation’s most popular alt paper with 4 million readers. The Village Voice was general info paper covering politics, the arts and culture. The plan is to revive a quarterly print edition. Jay-Z’s Rock Nation recently signed a deal with book publishing giant Random House, for a new imprint to be called ROC LIT 101. Its book titles include “Shine Bright,” about Black women in music by Danyel Smith, and a Meek Mill book on the criminal justice system.

ARTS/CULTURE/POLITICS
National elections will be held in UGANDA on January 14. Will they be fair or stolen? Will Ugandan President Yoweri Museveni, who assumed power in 1986, soon exit the office begrudgingly like his good friend outgoing US Prexy Donald Trump, who was defeated in a fair 11/3 election?

The NYS Board of Regents unanimously elected Brooklyn, New Yorker Lester Young, Jr., as Chancellor, who is the first African American to serve in that position since the Board’s 1784 inception. Dr. Young’s career as an educator spans more than 50-years’ experience as Community Superintendent, principal, regent, and teacher. He earned an EDD from Fordham University, NY. As NYS Board of Regents Chancellor, he will have oversight of the general supervision of all NYS education activities.

NEWSMAKERS
Congrats to NYS Assemblywoman, Rodneyse Bichotte and Edu Hermelyn, an education and political consultant, who tied the knot on January 1, Haiti Independence Day. Bichotte is the first Haitian American-woman to be elected in NY politics, Bichotte was named Brooklyn Democratic boss last year. She is arguably the best formally educated NYS elected with five degrees- engineering, math, three masters, including an MBA, at last count.

RIP: African American writer Eric Jerome Dickey, 59, died last week. The Memphis-born software engineer left for Los Angeles after college and found a new interest, in arts and entertainment. His titles “Sister, Sister,” “Friends and Lovers,” “Bad Men and Wicked Women,” and “Milk in My Coffee” dominated book-lovers’ best sellers list for decades. He wrote novels about Black people in contemporary settings navigating the vagaries of life in America. Dickey’s last novel, “The Son of Suleman” will be published on April 20.

DR. MLK, JR HOLIDAY
The Brooklyn Academy of Music hosts its 2021 Virtual Dr. Martin Luther King, Jr Celebration on January 18, with an amalgam of culture festivities, including works by fine artists like Hank Willis Thomas; performances by keyboardist PJ Morton; and film screenings of the William Greaves documentary NATIONTIME, about the National Black Political Convention of 1972, set in Gary, Indiana, held four years after Dr. King’s death. Visit BAM.org for full MLK calendar.
The Schomburg Center for Black Culture hosts a virtual edition of the 9th Annual Black Comic Book Festival from January 13-16. The Festival is a marketplace for vendors and panel discussions like “How To Draw Black Superheroes;” “Comic Book Writing;” and “The Comics Chitlin’ Circuit: Cultivating a Sustainable Network for Black Cartoonists”. For the full Festival directory, visit wwwSchomCom.org.