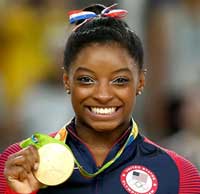 NY STATE OF MIND
NYS Attorney General Letitia James, abruptly suspended her 2022 NYS Gubernatorial campaign, a wise decision, and will focus on her 2022 re-election campaign. Her decision will alter the race dramatically since many attorneys would not compete with her. Professor Zephyr Teachout has already withdrawn from AG race.

NEW YORK CITY: Eric Adams is back from his spiritual journey to Ghana where he received a hero’s welcome and a new name. His first high level appointment is Dr. David Banks, who will be NYC School Chancellor. Veteran educator and co-founder of the Eagle Academies,

Dr. Banks said that NYC education culture is fundamentally flawed, and he looks forward to transforming it. Some thoughts for Chancellor Banks: Change name of DOE. Look into more parental engagement in public school curriculum. Find out what happened to almost 200,000 students who disappeared from the DOE roster during the COVID school year. Abolish separate entrances to schools, one for whites, the other for Black and Brown students. Eliminate the $450 per diems for retired principals and other DOE minions. Make reading competency a first-grade imperative.

The NY Post broke the story about Mayor-elect Eric Adams appointing Keechant Sewell, 49, NYPD Commissioner. Sewell is the Nassau County, NY Chief of Detectives. She becomes the first woman to helm NYPD in its 176-year history. She will also be the third Black American named to NYC’s top cop spot. The Nassau County police force is composed of 2,400 uniformed officers while NYPD has 35,000 uniformed personnel. It is America’s largest police department.

Rumors persist that former NYPD brass, Phil Banks, David’s brother, will be named NYC deputy mayor of Public Safety. Question! What motivated two highest ranking Black American NYPD brass, Ben Tucker, 70, who is #2 as Deputy Commissioner and Rodney Harrison, 52, who is Chief of Patrol, to submit resignations effective 12/31.
Last week, the NYC Council passed legislation to legalize voting for non-citizens, about 800,000 people, in local elections: mayor, city council and public advocate. Biggest beneficiaries of non-citizen voting would be New York’s Dominican and Asian American communities. Less than 1.1 million NYC residents voted last month. The non-citizen local voting initiative is a practice in Vermont and Maryland. Wonder if it will become an epidemic and flourish in states like Texas, Georgia, and Florida.
The NYC Council Speaker race is fluid.

ARTS AND CULTURE
FINE ART: The Metropolitan Museum recently established the James Van Der Zee archive in partnership with the Studio Museum in Harlem and Donna Van Der Zee. The archive comprises 20,000 prints and 30,000 negatives. The Harlem-based Van Der Zee (1886-1983) is a world-renown African American photographer, the chronicler of Black American life during the Harlem Renaissance and beyond.
The Skoto Gallery’s new exhibit MASKED HEADS, which includes 14- mixed-media works by Nigeria-born artist Osi Audi runs through January 8. Audi investigates mask wearing as a Covid 19 preventative. Located at 529 West 20 Street, Skoto can be reached at 212.352.8058.

THEATER: The 2021 Broadway season witnessed the launch of seven works central to Black Americana. THOUGHTS OF A COLORED MAN; CHICKEN AND BISCUITS; CAROLINE, OR CHANGE; SISTAS; SKELETON CREW; TROUBLE IN MIND by Alice Childress; CLYDE’S by Pulitzer Awardee Lynn Nottage. MJ THE Musical, about Michael Jackson, is in preview. Tickets are on sale for the Ntozake Shange classic, FOR COLORED GIRLS WHO HAVE CONSIDERED SUICIDE WHEN THE RAINBOW IS ENUF, which opens March 2022.

MEDIA MATTERS: Olympian gymnast Simone Biles named Time Magazine’s 2021 Athlete of the Year. Biles and fellow Olympians agree to a $380 million settlement for victims of sexual abuse by former team physician Larry Nassar……
Wendy Williams is missing in action for the new season of her eponymous TV Show. She is disabled because of health issues. The show has had a weird assortment of guest hosts, mostly whites, women and men, including Michael Rapaport, Jerry Springer and Steve Bilkos. Huh? Ratings are sinking. Sherri Shepherd, is the one standout guest host to date and had ratings surge to prove it. Perhaps, it is her Black girl magic. She is witty, telegenic, and addictive. She should be permanent replacement host until Wendy returns.

RIP: Writer Greg Tate, 64, passed away on 12/7. Man of many talents, he was a culture critic, published in mainstream outlets, and he wrote or edited five books with titles like “Flyboy in the Buttermilk; Essays on Contemporary America” and “Everything But the Burden: What White People Are Taking From Black Culture.” Tate was known as the godfather of HIPHOP journalism. A Howard University alum, he was a musician, who co-founded the Black Rock Coalition; and a visiting Professor at the Columbia University Center for Jazz Studies and at Brown University. Homegoing service: December 18, Park Avenue Christian Church, Park Avenue and 85 Street, Manhattan : Viewing 12 pm to 1 pm. Service: 1 pm to 2 pm.

RIP Barry Harris, 91, world renown jazz pianist and modern jazz ambassador/educator, passed away on December 8. His homegoing service will be held at the Abyssinian Baptist Church, 132 West 138 Street, Harlem, on December 16. Viewing at 10 a.m. Funeral service at 11 am. Event will be streamed Abyssinian.org/worship.

A Harlem based pop culture influencer, Victoria can be contacted at victoria.horsford@gmail.com