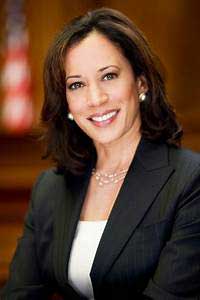 Countdown: 75 days from August 20 to the November 3 U.S. Presidential election.
Will Kamala Harris make a difference?
How much more chaos can Trump produce in his attempt to dismantle the Administrative state while looking at his sinking poll numbers. He is a desperate cult personality who has fooled some Americans for four years.
On 8/18, Trump’s Postmaster General Louis DeJoy reversed his recent USPO initiatives like suspending cuts, including: elimination of overtime for carriers, reducing P.O. hours, and put box removal until after the election. This was in response to overwhelming national disapproval by electorate and elected officials on both sides of the aisle. DeJoy goes before Congress August this month to explain his actions.
The reversal was in response to a threat by 22 states’ Attorneys General to sue the Administration about the recent changes — another ploy to block mail-in voting who after irate Americans expressed their disapproval.
Congrats again to Kamala Harris, 55, who Presumptive Democratic President nominee Joe Biden named as his running mate last week. She made history as the first Black woman VEEP named by a major American political party. Her CV is akin to the American Dream. The daughter of immigrant parents whose mother Shyamal Gopalan was born in India and whose dad Donald Harris was born in Jamaica. They met while pursuing graduate degrees in the 60s at UC, Berkeley. Kamala Harris graduated from Howard University, then earned a JD at the UC Hastings College of Law. Admitted into the California Bar in 1990, she launched her public service career as San Francisco DA prior to becoming California Attorney General and now current US Senator from California. Kamala’s is an all-American gumbo with Indian, Jamaican, African and European ancestors. When Joe Biden wins, VP Harris will be this close to the most powerful man on the planet, and next in line of succession.

The Biden announcement caught POTUS 45 unawares. However, he continues apace with his racist remarks, assigning Harris to birtherism status like he did with Barack. His anti-Harris vitriol elevates her among American women, Millennials and GenZers. Trump predicts NY is in play for him on 11/3. If you need reasons to vote for Biden/Harris ticket, replay the 9/17 opening night Michelle Obama DNCC keynote speech. Her searing attack on Trump’s unfitness for the Office or a second term is well worth considering before you vote by mail or in person on November 3. Shocked to hear media women saying how subtly Michelle threw shade at Trump during her talk.
PS: A young woman who lost her dad to COVID 19 said at 9/17 DNN Convention that her dad’s only underlying condition was trusting Donald Trump.

INTERNATIONAL AFFAIRS: Allafrica.com reports that as of August 17, Africa’s 55 countries have 1,119,168 cases of COVID19 and 25,634 deaths. This info was culled from CCSE at Johns Hopkins University. The continent’s current COVID19 hotspots are South Africa, 587,345 cases and 11,839 deaths; Egypt; Nigeria, 49,868; Algeria; and Ghana 42,532. Africa’s low COVID19 devastation stats, to date, run against all the international economic and public health predictions of blight. Africa has 17% of the world’s population.

Barbados Prime Minister Mia Mottley nominated to serve as Development Committee Chair for the World Bank and the International Monetary Fund. The Committee is a ministerial level forum of the WB and IMG for intergovernmental consensus building on development issues. PM Mottley reshuffled her cabinet last month, but she remains Barbados Minister of Finance, Economic Affairs and Investment.
Note Caribbean destinations where American tourists are welcome. Barbados has launched a campaign to welcome Americans to come there to work and sit out COVID19 lockdowns, for at least a year. Antigua, Jamaica, St. Bart, St. Lucia, US Virgin Islands opened to US tourism since June. Aruba, Bermuda, Dominican Republic, Barbados, Turks and Caicos laid welcome mats since July. The US Virgin Islands walked back its tourist welcome owing to a COVID19 surge since June.
The Africa-America Institute hosts its 36th Annual Virtual Awards Gala on September 22. Awardees roster includes: The People of the Republic of Senegal, National Achievement Award, which will be accepted by President Macky Sall; Mahamadou Issoufou, President of the Republic of Niger, Presidential Leadership Award; Claude Borna, Director, Seme City Development Agency in Benin, Distinguished Alumna Award; and the African Export-Import (Afreximbank), International Institution Award of Excellence, which will be accepted by Benedict Oramah. Visit AAIONLINE.org.

ARTS/CULTURE: (Film) – Sierra Leone-born Mahen Bonetti is the founder of the NY-based African Film Festival (AFF) which celebrates its 30th Anniversary this year. The AFF launches a new website with digital archives and streaming service with a curated slate of titles, including 50 films on DVD. Visit: Africanfilmny.org.
The National Urban League released its latest annual report, The State of Black America: Unmasked 2020, on 8/13. Report explores various ways that the coronavirus pandemic has revealed the face of racism in America re: “the economy, healthcare institutions and the justice system.” Visit NUL.org/state-of-Black-America to download.

(Books) Remember the NY Times bestseller book The Immortal Life of Henrietta Lacks, a poor Black tobacco farmer, whose cervix cells were taken by doctors without her permission in 1951 to launch a medical revolution generating a multibillion dollar industry for Big Pharma. Her cells were used for polio vaccine, HPV vaccine, in vitro fertilization, cloning, gene mapping. Her family cannot afford health insurance, never received any proceeds from profits generated from her cells. Abcam, a UK life science company and Samara Reck-Peterson in San Diego, California will compensate the Lack family for past and future use of Lacks cells. Amounts were not disclosed.

FALL SEMESTER/2020: According to a study of 3000 institutions published by the Chronicle of Higher Education, re: 2020 Fall semester, 24% of American colleges plan on-campus classes, 30% will conduct online classes, 15% have adopted the hybrid option and 27% remain undecided. NYU, Columbia University, Howard, Spelman, Carnegie Mellon, Harvard, Morehouse and Hampton will focus on remote learning for undergraduates this Fall.
The University of NC, Chapel Hill canceled all undergrad campus classes owing to coronavirus test results. Of the 954 students tested, 130 were COVID19 positive, during the first week of the semester. The Chapel Hill undergraduate students will attend remote classes this Fall.

NEW YORK CITY: If colleges are anxious about COVID19 and campus classes, why can’t NYC Mayor de Blasio and Schools Chancellor Richard Carranza delay school opening for its 1.1 million students for a few weeks next month, an idea advocated by the NYC teachers and the principals unions? Will schools open without teachers manning classrooms? Chalkbeat publication reports the ethnic breakdown for remote learning in NYC: Blacks, 27%, Hispanics 27%, whites, 23%, Asian Americans, 47%. Low income families were less likely to opt for remote learning.
A Harlem-based media/branding specialist, Victoria is reachable at Victoria.horsford@gmail.com